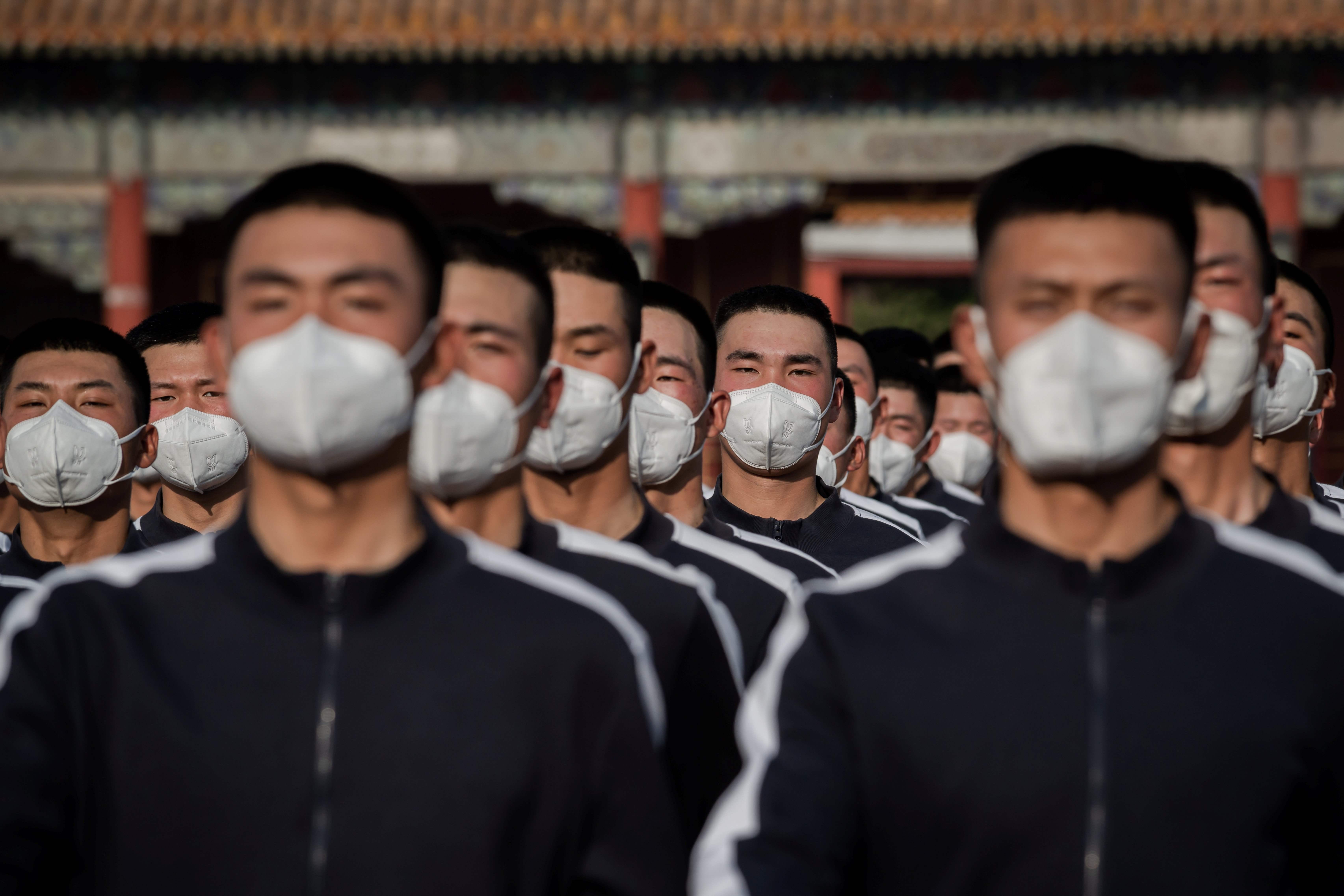 Chinese President Xi Jinping said his country will strengthen its armed forces and improve its preparedness for military combat, state media said Tuesday, amid rising tensions between Washington and Beijing over the coronavirus outbreak and China’s decision to propose legislation that would tighten control over Hong Kong.

Xi spoke on the sidelines of China’s National People’s Congress, an annual political event where legislation approved by China’s ruling Community Party is rubber-stamped. China announced over the weekend that it intends to increase its military budget by 6.6% in 2020 to about $178 billion, a slightly lower figure than military analysts forecast before the coronavirus pandemic struck.

The United States has the world’s largest defense budget – $738 billion slated for 2020 representing almost 40% of total global military spending, according to the Stockholm International Peace Research Institute, a Sweden-based global security think tank. The United States maintains hundreds of military bases around the world from Germany to South Korea. China has just one, in the Republic of Djibouti in East Africa.

President Donald Trump accuses China of misleading the USA and other countries about what, and when, it knew about the origins of the coronavirus. Trump threatened China with a “strong” reaction – possibly sanctions – over Beijing’s plan to adopt a national security law for Hong Kong that critics said will jeopardize the semiautonomous territory’s partial legal and financial independence from China.

Beijing disputed suggestions it has not been transparent about its coronavirus information. Hong Kong’s pro-China leader, Carrie Law, said Tuesday that the national security legislation proposed by China’s legislature will not threaten the territory’s civil rights, despite widespread criticism of the move as an encroachment on freedom of speech and assembly. Lam said there is “no need for us to worry” over the move being considered by China’s ceremonial National People’s Congress.

“It has come to our attention that some political forces in the U.S. are taking China-U.S. relations hostage and pushing our two countries to the brink of a new Cold War,” Chinese Foreign Minister Wang Yi said Sunday, rejecting claims by the Trump administration that Beijing impeded international efforts to determine the roots of the virus.

Xi did not provide further detail about his plans for China’s military. He spoke about the need to maintain “effective (coronavirus) epidemic control on a regular basis.” China’s leader did not mention the seemingly stalled U.S.-Chinese trade deal.

Japanese newswires reported this month that Beijing plans large-scale military exercises in the South China Sea this summer – drills that are likely to raise concerns in Taiwan, which claims some of this maritime area as its own, though China sees Taiwan as a breakaway province that will eventually be part of the country again.

The Council on Foreign Relations, a Washington-based think tank, warned in an analysis May 21 that “the risk of a military confrontation in the South China Sea involving the United States and China could rise significantly in the next eighteen months, particularly if their relationship continues to deteriorate as a result of ongoing trade frictions and recriminations over the novel coronavirus pandemic.”

In a China strategy document released last week by the White House, the Trump administration claimed China’s Communist Party is attempting to “constrain the scope of economic and political reform in China,” a move that is forcing Washington to take a “clear-eyed assessment” of Beijing’s intentions and tolerate “greater bilateral friction.”

Get COVID-19 vaccine or pay for weekly checks

The speed of optimistic coronavirus checks is rising. This is a state-by-state breakdown.