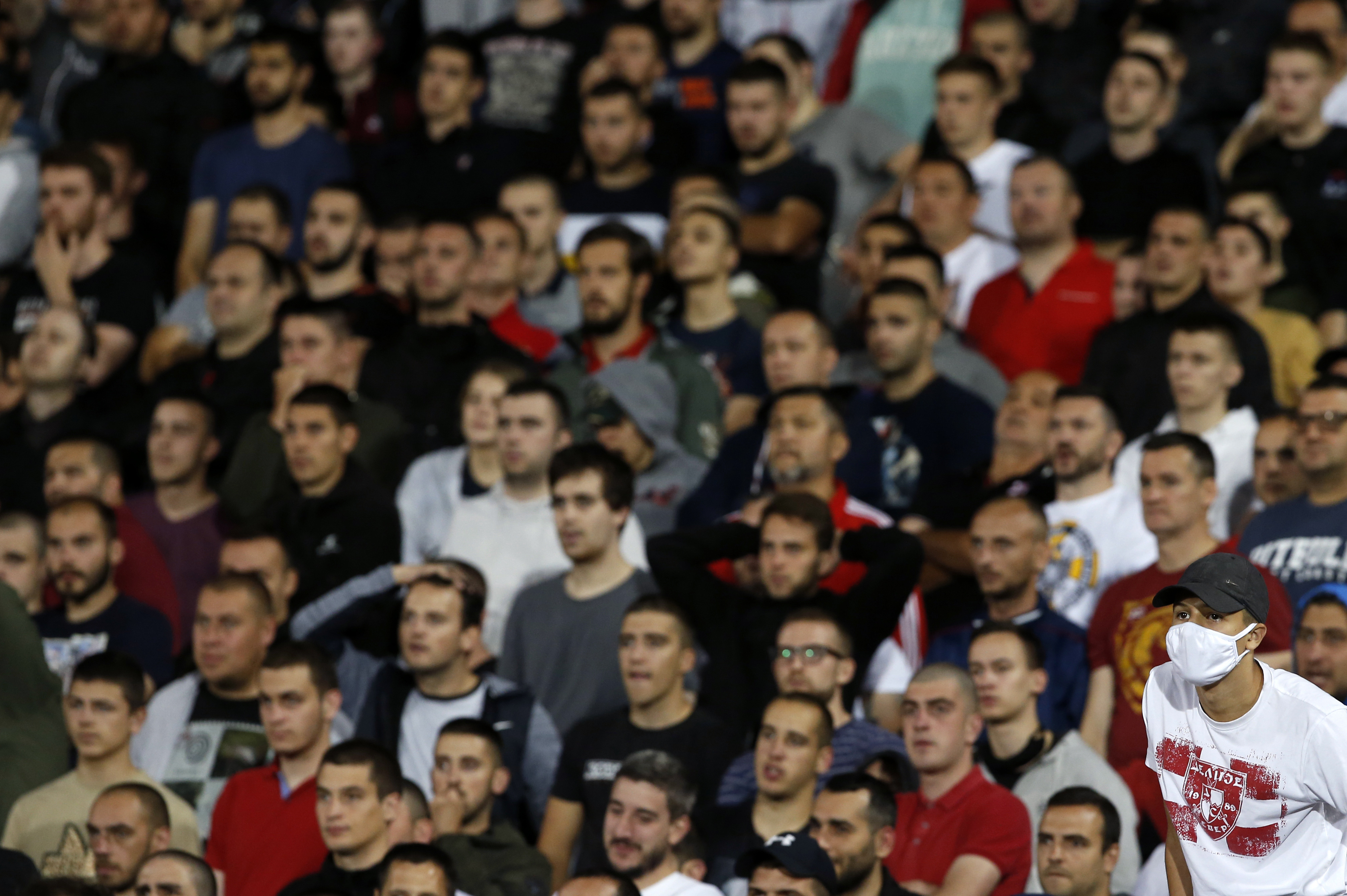 BELGRADE, Serbia (AP) — Serbia’s president has canceled his party’s campaign rallies and officials in Bosnia, North Macedonia and Albania are appealing on citizens to respect anti-infection measures due to a spike in new coronavirus cases after the Balkan countries relaxed their restrictions.

Serbia went from having very strict lockdown measures to a near-total lifting of the government’s emergency rules. Vucic’s political opponents peg the move to the president’s desire to hold the election, which originally was scheduled for April and canceled because of the pandemic, and to cement his grip on power.

Mass gatherings have gradually been allowed with people not keeping social distance or wearing masks although authorities advised utilizing the protections in public. Some 20,000 fans packed a stadium Wednesday during a soccer match between Belgrade’s bitter rival teams, Red Star and Partizan.

Epidemiologists across the Balkan region have said that new clusters are appearing following events such as celebrations, family gatherings or funerals. In Serbia, clusters also have appeared on university campuses in bigger cities.

“The virus is still here,” epidemiologist Branislav Tiodorovic, from the state crisis team, told RTS on Thursday. “We are on the line between an uncertain and a favorable situation.”

“This is something we had expected, but we must all get serious again and implement protection measures,” he warned.

Serbia reported 71 new confirmed cases of infections on Thursday, compared to 18 new cases on June 1. Similar numbers have been recorded in the past several days following a previous drop,

Officials in neighboring Bosnia appealed to citizens to follow social distancing and other public health rules aimed at curbing infections following a sudden increase in new cases, especially in the capital of Sarajevo.

A pediatric ward in a Sarajevo hospital has been temporarily closed after two staff members were confirmed to have the virus, while everyone else who worked in the ward were told to self-quarantine pending test results.

Bosnian health authorities insisted that the rise was not alarming and the country’s outbreak remains under control, despite clusters in certain areas. Nearly 60 new cases were reported in Bosnia on Thursday.

Recommendations by the authorities include the standard virus protection rules that many residents across the Balkans largely have abandoned as national lockdowns were eased — social distancing, refraining from shaking hands and hugging, frequent hand washing and taking other hygiene measures.

North Macedonia recorded seven deaths on Wednesday, its highest number of COVID -19 deaths in more than a month. The total number of confirmed cases in the country with about 2.1 million people stands at 3,364, including 164 deaths.

The country’s health authorities said that the new spike in cases and deaths is related to mass gatherings three weeks ago, during the celebrations of religious holidays. The government last weekend ordered almost total lockdown for four regions, including the capital of Skopje, in a bid to stop the resurgence.

Authorities in Albania reported reported 44 new coronavirus cases on Thursday, the highest daily number so far and the third consecutive day with an increase. The country has been in a relaxed mode for more than two weeks.

Wider gatherings are still banned in Albania but people have not paid attention. In Albania too, very few people can be seen wearing masks and hand gloves despite repeated calls by authorities for people to avoid crowds to prevent further virus spread.

As of Wednesday, Albania had a total of 35 virus-related deaths and 1,385 confirmed cases.