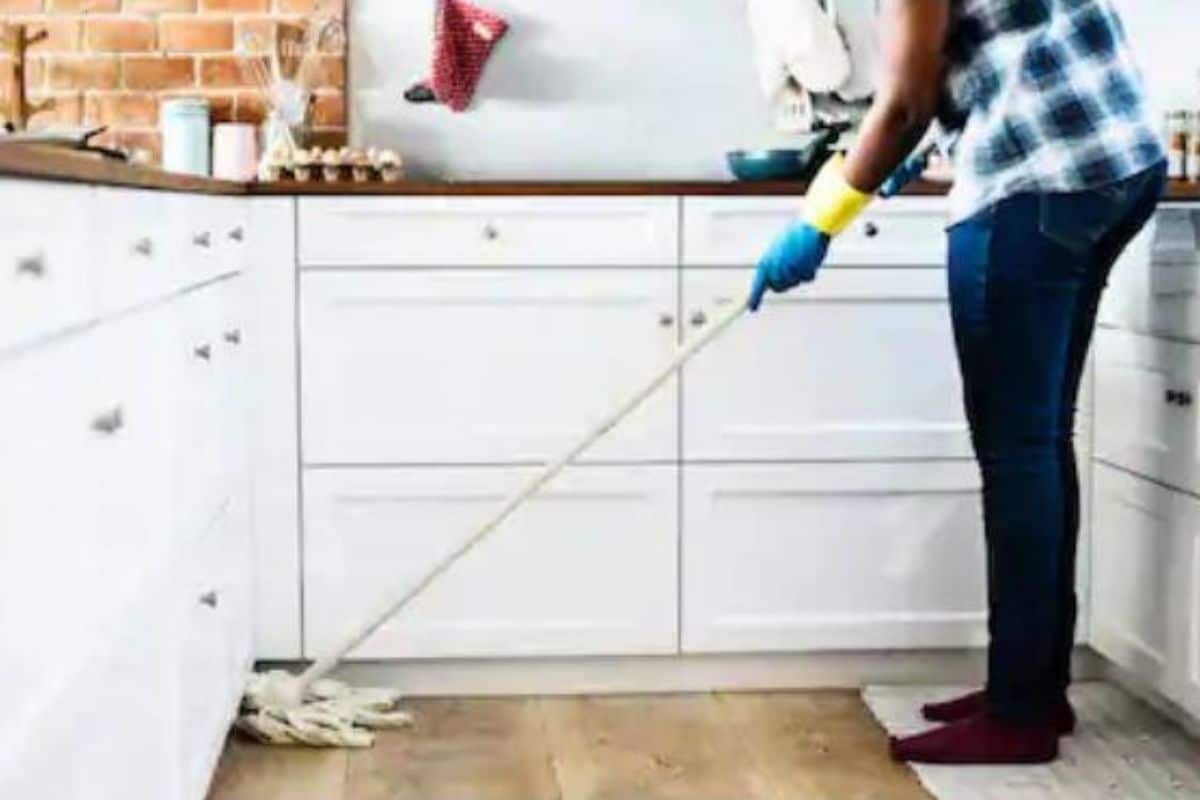 “It feels ideal when your spouse shares household chores with you, and that helps you strike a balance between your office and household work to a great extent,” says 32-year-old Meghalina Ray, Manager at IDBI Bank, Chennai.

All hail the pandemic, Indian men have finally embarked on the painstaking journey of learning domestic chores that otherwise were secured for their mothers, sisters and wives. Watching the men of the family walking in and out of the kitchen, holding that broomstick and trying to figure what’s for dinner was indeed surprising for many Indian families.

According to a recent Oxford University study, the difference between the household labour of men and women has been the least than ever before.

With most middle-class Indian families having a part-time or full-time domestic worker, most men dodge the responsibility of helping out the women of their families, who’re expected to finish the little bits and pieces of leftover chores. However, it took a pandemic for men to shoulder equal parts of these responsibilities. At least, somewhat equal.

It’s Too Much for Women, and Men Finally Understand

With the onset of the pandemic, men have somewhat aced at washing dishes, cooking, laundry, cleaning and even cleaning up their children’s waste. And let’s not forget about the lady who started the petition urging PM Modi —’Tell Indian Men to Do an Equal Share of Household Chores in Your Next Speech’.

For 28-year-old Aritra Dutta, mopping his room’s floors and washing his own dishes happened for the first time during the pandemic.

“I used to dust my room once in a month or so. But I have never mopped the floors or cleaned my dishes before,” says the Kolkata based CA student.

“My wife is a damn good cook you see! Also I hardly get time on weekdays to do any cooking. Now given that we don’t have any domestic help, on weekdays I try my hands at it too,” says the 29-year-old Team Leader at McKinsey.

With housing societies entirely banning the entries of domestic workers, it seems men have woken up to the thought that they need to share the load, too.

24-year-old Ramprasad Dutt has always hated the job of dusting. However, “someone has to do it”.

Men Reach a New Level on the Graph

As per the recent CMIE (Centre for Monitoring Indian Economy) data, men devoted an extra hour into the household in the first month of the lockdown, April, than ever before.

Ashwini Deshpande, professor of economics at Ashoka University, compared the data put out by the CMIE for the months of December 2019 and April 2020. Her analysis shows that even though women were doing most of the housework, the increase in men’s time spent on these works was more than women.

With most Indian houses devoid of fancy cleaning, cooking and washing apparatuses, the workload for the women has always been beyond a man’s ability to comprehend.

“I personally believe that any individual, regardless of their gender needs to be fully responsible for hundred per cent of the household work, any other help in the form of family or domestic worker should only be an add-on,” says 23-year-old Devangshu Mandal.

Then what is it that never allowed men to believe in an egalitarian work environment inside the house?

Is it because women feel it’s okay to always prioritise their role as a nurturer or it’s been the social conditioning that ‘men just cannot’? Because well, there’s no monetary value attached to household chores. Maybe there also lacks constructive communication regarding the division of labour indoors?

“A major part of the patriarchal population don’t believe in sharing the load of the housework. But  I’ve always asked for equal household work despite my mother telling me I don’t need to,” says Mr. Dutt, a social media strategist based out of Kolkata.

Married for 31 years, a retired bank employee, Sujit Basak says, “Indian men are in general a little idle, looking for ways to get some extra without much toil and that becomes stark when it comes to housework.”

Agreeing that housekeeping isn’t a child’s play, Mr Basak (63) is happy at being finally able to help his family in ways more than just grocery shopping.

The pandemic has also brought about changes in family equations, that goes beyond picking up a jharu and some ‘khana pakana’ — children finally have the attention of their fathers.

“The lockdown has drawn me closer to my 3-year-old daughter,” says Meghalina’s husband Kunal Ray.

Lulling her to sleep, taking care of her shower timings, holding on to the patience of feeding her and of course, the most disliked and otherwise a wife’s-task-to-do– changing her nappies have got Mr Ray’s hands full.

“Initially with the onset of the lockdown, I would wake up disgusted having to make my bed, dust my room and even mop it since I also have a full-grown Labrador. Cut to the fifth month, it’s not that big a deal,” Mr Dutta said.

Mr Mandal, a student from Delhi, has always been the most “pampered member of the family”.

“I never got the opportunity to help much with household chores when I was at home. Thanks to the pandemic, my family has to turn to their last resort (me) and it feels great to significantly contribute to cooking as often as I can,” he said.

Need vs Situation and Society

‘Need’ happens to be a major driving force to get men to move from their virtual offices and partake in the chronically mundane chores. Oh, of course ‘enough motivation’ too.

“This can be best explained with an example of somewhere like America, where affording domestic help is not possible. Hence, there’s always a need to manage both household and work. But here, the situation has always been different,” said Mr Biswas, who also feels, “some motivation from his wife” is never too bad to have him rolling.

On average, American women spend over an hour—65 minutes a day—more on housework than their male partners, reports the Vice.

Women across the world do more household chores, with or without help.

“I guess the problem lies at a very grassroots level, where the society still decides the rights and wrongs and dos and don’ts. Even though it can’t be uprooted easily, but understood easily,” said Devangshu.

Will this pandemic be then the great gender equalizer?

We don’t know that yet but we definitely know, all it took was a pandemic for men to be (somewhat) Atmanirbhar.

Don't Miss it Individuals are ingesting extra throughout the COVID-19 pandemic. However how a lot alcohol is an excessive amount of?
Up Next DuPont Tyvek 400 TY127S Individually Packed Disposable Protecting Coverall with Hood and Elastic Cuff for PPE Merchandising Machines, White, Massive (Retail Pack of 1)