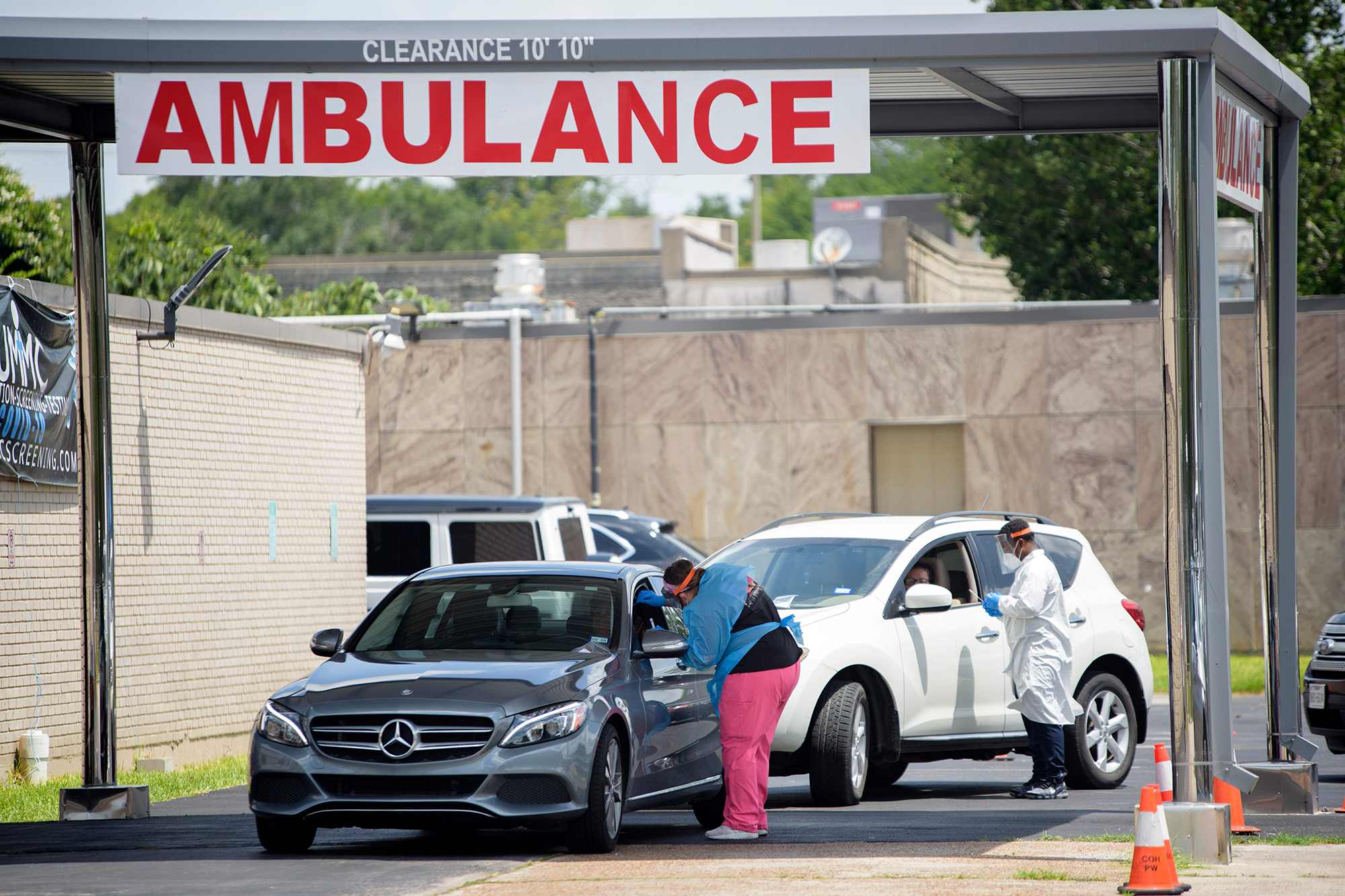 Coronavirus cases are spiking in Texas, but the death toll may be higher than state health officials have reported because the Lone Star State only records confirmed deaths from COVID-19 and omits likely cases, according to the Houston Chronicle.

Centers for Disease Control and Prevention data shows Texas is one of 24 states that publicly reports only confirmed COVID-19 deaths, not “probable” ones.

With widespread testing shortages in Texas, many patients likely died without being screened for the disease, experts told the paper.

On Friday, GOP Gov. Greg Abbott — who had earlier reopened much of the state, including bars and restaurants only to later reverse course when cases rose — warned that the death toll would rise.

“The steep rise in cases that started about mid-June in many states will likely be seen in rising deaths very soon,” agreed Jen Kates, director of global health and HIV policy at the Kaiser Family Foundation.

“It is hard to see how they won’t come.”

Texas, the Chronicle reported, ranks 40th out of 50 states and DC in deaths per 100,000 population on the CDC COVID-19 tracker.

But that could be misleading since it compares Texas with 27 states and the capital district that include “probable cases,” such as New York, where nearly 1 in 5 deaths in New York City was reported as “probable.”

And doctors on the front lines remained skeptical that all of the deaths were being counted accurately.

“The death certificate I signed on June 30 with a confirmed lab test is still not being reported as a COVID death,” said one doctor.

“We see the death rate is rising every day. All day we are hearing ‘code blue’ called overhead for a different bed in the intensive care unit,” he said, describing the signal that a patient’s heart has stopped.

“We know those are COVID patients fighting for their lives. The numbers being reported are lagging behind what is happening on a daily basis.”

And the surge of cases has in Texas and particularly Houston left doctors, nurses and first responders overwhelmed, with scores of patients waiting 12 hours or more for ER care or ICU beds.

As of Saturday, there were 255,763 confirmed cases in the state, according to the Chronicle analysis.

In the Houston area, the number of confirmed cases reached 62,268 on Saturday, up more than 2,400 from the day before, the analysis showed.

In the past three weeks the calls for help have risen by 30 percent, and the majority were for respiratory distress.

When the state shut down in March, the fire chief said, his department was averaging about 800 calls per day.

Now it is 1,100, and once at a hospital, if there is no bed available, the patient waits on a stretcher in a hallway, he said.

Despite the grim statistics, some people have been reluctant to accept the fact that the virus is dangerous — and spreading like wildfire.

“One of the big things that people who don’t want to implement social distancing say is, ‘Hey, so what if cases and ICU admission are going up, so long as mortality is not going up?’” said Dr. Peter Hotez, dean of the National School of Tropical Medicine at Houston’s Baylor College of Medicine.

“Well, No. 1, it will go up. It may not go up as steeply as it did in New York because we’re better prepared to handle it — we know how to provide better ICU care now — but it will go up.”

The US and Sweden may have approached the coronavirus differently, but they could both end up with high death rates

In California, individuals lived on the sting of homelessness earlier than COVID-19. Now, it is worse.