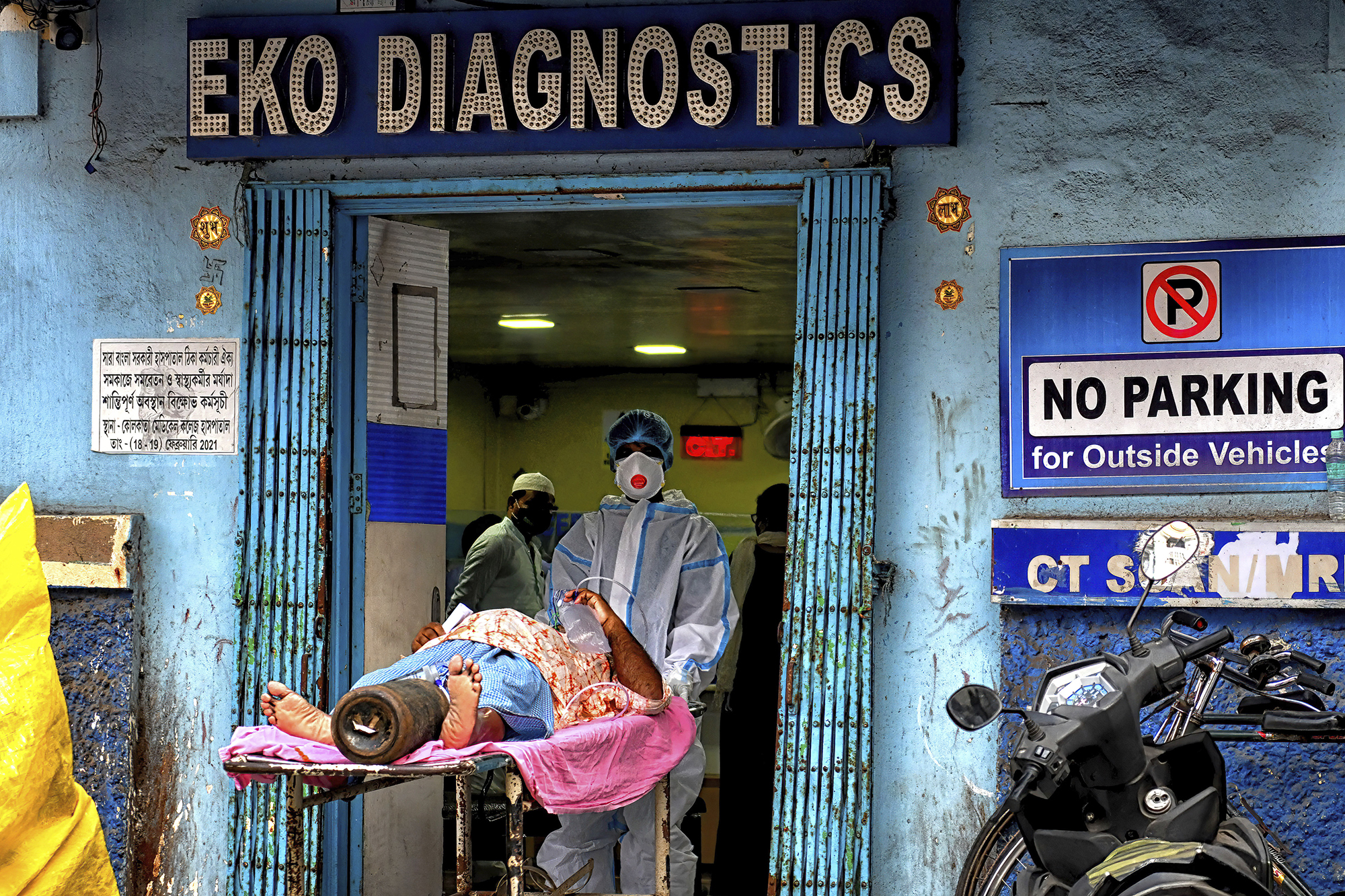 Even after more than a year of devastating coronavirus surges across the world, the intensity and scale of India’s current crisis stands out, with patients desperate for short supplies of oxygen, pleas for help from overwhelmed hospitals and images of body bags and funeral pyres.

As daily case counts soar far beyond what other countries have reported, experts caution the official COVID-19 numbers from the world’s second-most populous country are likely a massive undercount. But why is India’s data considered inaccurate? Is the data any less accurate than what other nations report? And which numbers give a good indication of the crisis?

Is India counting every case?

A COVID-19 patient is being brought at EKO Diagnostics center for a CT Scan. Sipa USA via AP

India is not counting every coronavirus case, but no nation can. Around the world, official tallies generally report only confirmed cases, not actual infections. Cases are missed because testing is so haphazard and because some people infected by the coronavirus experience mild or even no symptoms.

The more limited the testing, the more cases are being missed. The World Health Organization says countries should be doing 10 to 30 tests per confirmed case.

“There are still lots of people who are not getting tested,” said Dr. Prabhat Jha of the University of Toronto. “Entire houses are infected. If one person gets tested in the house and reports they’re positive and everyone else in the house starts having symptoms, it’s obvious they have COVID, so why get tested?”

Jha estimates, based on modeling from a previous surge in India, that the true infection numbers could be 10 times higher than the official reports.

Bodies of those who lost their life due to COVID-19 wait to be cremated during a mass cremation at Dwarka crematorium.
Sipa USA via AP

Deaths are a better indicator of the shape of the pandemic curve, Jha said, but there are problems with the data here, too.

“The biggest gap is what’s going on in rural India,” Jha said. In the countryside, people often die at home without medical attention and these deaths are vastly underreported. Families bury or cremate their loved ones themselves without any official record. Seventy percent of the nation’s deaths from all causes occur in rural India in any given year.

Counting rural deaths can be done, as Jha’s work with the Million Death Study has shown. The pre-pandemic project used in-person surveys to count deaths in rural India, capturing details of symptoms and circumstances with results of the “ verbal autopsies ” reviewed and recorded by doctors.

Many low- and middle-income countries have similar undercounts of death data, Jha said, but India could do better.

“It’s a country that’s got a space program. Just counting the dead is a basic function,” he said. “India should be doing much, much better.”

Knowing the size and scope of the outbreak and how it is changing helps governments and health officials plan their responses.

Even with the known problems with the data, the trajectory of COVID-19 cases and deaths in India is an alarming reminder of how the virus can rocket through a largely unvaccinated population when precautions are lifted.

“What happens in India matters to the entire world,” said Dr. Amita Gupta, chair of the Johns Hopkins India Institute in a Facebook conversation Thursday. “We care from a humanitarian perspective, a public health perspective and a health security perspective.”