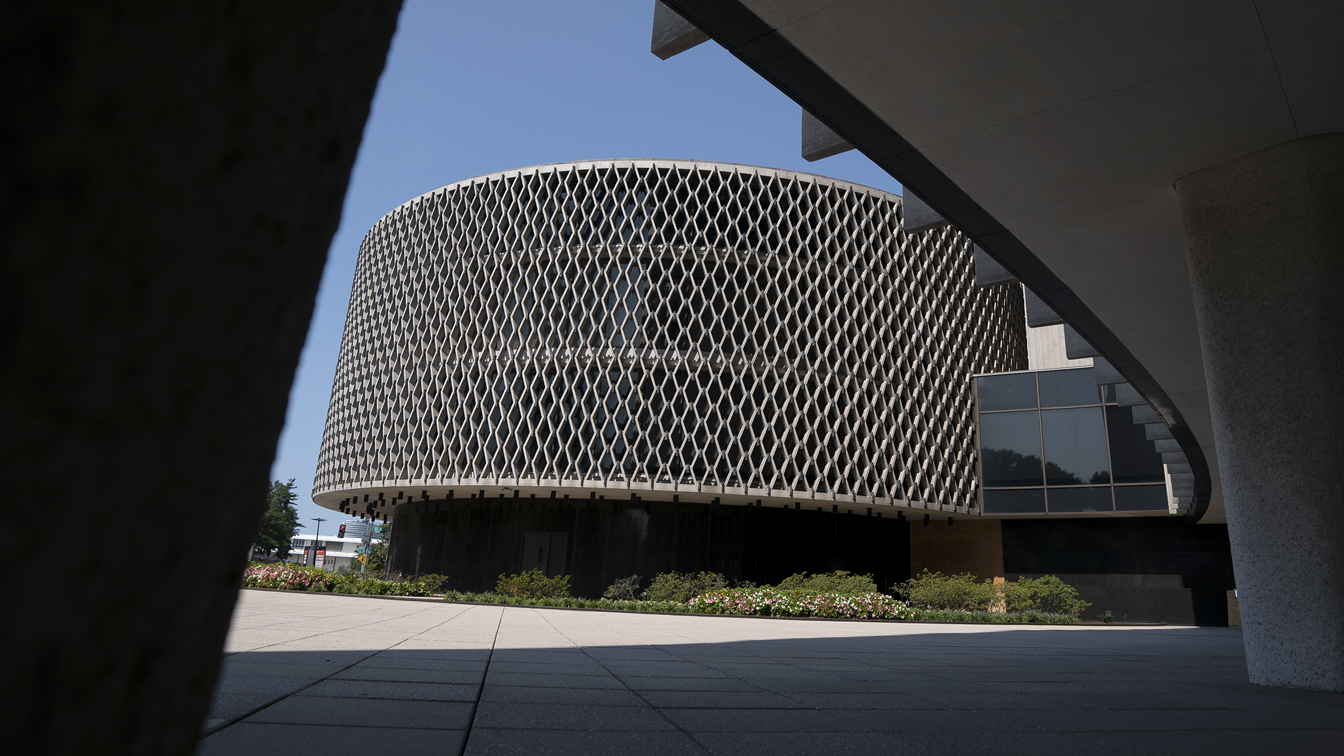 WASHINGTON — A new report from the World Health Organization that seeks to uncover the origins of the coronavirus pandemic has been met with strong skepticism from Washington, all but ensuring that the question of how the pathogen emerged would remain a nagging issue for President Biden.

The most critical — and criticized — assertion made by WHO investigators was that it was “extremely unlikely” that the virus proliferated “through a laboratory incident.” Even though most scientists do not believe that the virus can be traced back to a laboratory, a significant number claim that the WHO has not convincingly shown that one of several more likely scenarios did take place.

“The lab leak hypothesis is alive and well,” said Stanford microbiologist David A. Relman in an email to Yahoo News. “This report contributes almost nothing to our understanding of that hypothesis.”

Released on Tuesday, the report says that a “zoonotic spillover” — for example, a fruit bat biting a human in the wilderness — was either possible or likely. Frozen meat was deemed a “possible” vehicle for the virus, which could reignite concerns about how thoroughly China regulates the production and sale of animals, especially those that belong to more exotic species. The most likely scenario, researchers said, was of the virus entering the human species through an “intermediate host,” such as a pangolin.

Questions about the etiology of the virus have as much to do with geopolitics as they do with science. Those questions come as the relationship between China and the United States seems to grow more strained by the day. On the same day that the report was issued, Secretary of State Antony Blinken said China’s treatment of its Uyghur population, an ethnic minority that adheres to the Islamic faith, amounted to “genocide.”

When the WHO declared the coronavirus a pandemic on March 11, 2020, Joe Biden was just beginning to pull ahead in the Democratic primaries; he would conduct most of his general campaign against then-President Donald Trump from his home in Delaware. Now that he is the president, Biden has decided to confront China on a number of issues, including trade and human rights. Among those issues is the role the East Asian superpower may have played in concealing — and thus worsening — the pandemic in its earlier stages, sometime in late 2019.

Trump left the WHO, bitter at what he perceived as pro-China bias. Biden has returned the United States to the fold as part of his broader America-is-back approach to foreign policy. Yet his administration is as unwilling as Trump’s to endorse the WHO’s work when it comes to the pandemic. Biden’s objections may be far less bellicose, or conspiratorial, but they speak to a fraying of the Washington-Beijing relationship that has continued with the changeover in presidential administrations.

A spokesperson for the Chinese Embassy in Washington pointed Yahoo News to remarks made by Foreign Ministry spokesperson Hua Chunying. “The Chinese side offered necessary facilitation for the team’s work, fully demonstrating its openness, transparency and responsible attitude,” Hua said on Tuesday.

“Study of origins is also a global mission that should be conducted in multiple countries and localities,” Hua added, saying she hoped that the WHO report would “stimulate global cooperation in origin-tracing.” It is not clear that there are any serious efforts underway to trace the coronavirus to a nation other than China.

As with much else, the president’s nearly half-century in Washington is bound to inform his response today. In 1986, Biden was a third-term U.S. senator from Delaware when the Chernobyl nuclear power plant suffered a partial meltdown in the Soviet Union. Speaking on the Senate floor a week after the devastating explosion, Biden called the “expanding disaster” taking place in the Ukrainian countryside “an incredible event almost beyond comprehension.”

Now he has an “incredible event” of his own, one that — like Chernobyl — pits the United States against a cloistered superpower seen by a growing number of Americans as a threat.

Republicans eagerly blasted the WHO as kowtowing to Beijing.

“No one should be surprised that the WHO report on the origins of COVID-19 is misleading and incomplete,” Sen. Marco Rubio of Florida, the senior Republican member of the Senate Intelligence Committee, told Yahoo News. “Either through sheer incompetence, gross negligence or outright corruption, the WHO helped the CCP hide the truth about COVID-19’s severity and transmissibility from the very beginning,” he added, referring to the Chinese Communist Party and long-standing concerns over its influence. (In 1986, U.S. officials accused the Soviet Union of a similar cover-up in Chernobyl.)

Republican Sen. Ben Sasse of Nebraska, who sits on the Senate Intelligence Committee, accused China’s communist leaders of “obstruction of a thorough investigation,” which he said was “shameful but unsurprising.”

At issue is whether visiting virologists had all the access they needed in the city of Wuhan, in Hubei province, where cases of COVID-19 were first identified. The investigation was conducted by 17 Chinese scientists and an additional 17 scientists from abroad. But since China had final approval over the composition of the international team, some have questioned the baseline integrity of the effort.

“The World Health Organization has not produced a credible report,” said Richard Ebright, director of the Waksman Institute of Microbiology at Rutgers University. He described the scientists behind the report as “hand-picked stooges” who had neither the permission nor the willingness to fully hold Chinese scientists and officials to account.

Ebright and others have voiced alarm that among the investigators was Dr. Peter Daszak, a British zoologist who runs the EcoHealth Alliance in New York. Daszak has ties to the very lab from which some believe the virus escaped. Last year, the National Institutes of Health suspended Daszak’s funding because of concerns about his ties to China.

Daszak has been a constant presence on American media outlets including, in recent days, NPR and PBS, describing the WHO investigation as thorough and, to a large extent, conclusive. That has infuriated observers like Ebright, who say that such confidence is profoundly unwarranted.

“There’s no evidence provided for any assertions,” Ebright said. (Daszak did not respond to a Yahoo News request for comment.)

The Wuhan Institute of Virology in Wuhan, China. (Hector Retamal/AFP via Getty Images)

Even the head of the WHO, Dr. Tedros Adhanom Ghebreyesus, appears to agree with such criticisms, complaining earlier this week that the researchers he sent to China had “difficulties” in “accessing raw data.” He deemed the product of their investigation “not extensive enough,” suggesting that more on-the-ground research was needed, including into the lab-leak hypothesis.

The most contentious assertion in the new report is one that scientists both in the United States and abroad have been making for a year: that the coronavirus did not originate at the Wuhan Institute of Virology or a similar scientific establishment in central China. That assertion has been questioned by skeptics who believe that an accident at the virology institute may have allowed the virus to “escape.”

“The WHO team essentially appears to have abdicated any real role in looking carefully at a lab leak hypothesis,” said Relman, the Stanford microbiologist. “All they seem to have done is ask some labs and lab scientists whether they could have been the source of a leak, and were told no. This is not a scientific investigation by any stretch of the imagination.”

Trump was among those who subscribed to the notion that the virus — for which he used racist terms like “Chinese virus” and “kung flu” — came from a laboratory, though he never cited evidence to that effect. His anti-Chinese insinuations have been blamed for a rise in attacks against Asian Americans, including a brutal attack on Tuesday against a woman in midtown Manhattan. At the same time, those insinuations have made it difficult for scientists to discuss the origins of the virus without invoking, however inadvertently, Trump’s divisive rhetoric.

“I think the conclusion that it resulted from animal reservoirs is likely correct,” Dr. Peter J. Hotez, dean of the National School of Tropical Medicine at the Baylor College of Medicine, told Yahoo News. But, he said, Tuesday’s report “won’t close the door” on questions that have remained without satisfying answers even as the pandemic enters its second year.

Nearly 3 million people worldwide have died from COVID-19, the disease caused by the coronavirus. The economic devastation has also been pronounced; the pandemic will ultimately cost the United States $16 trillion, a Congressional Budget Office study has found.

That has made people eager to find someone to blame for the coronavirus. Last June, a group of 25 Nigerians sued China for “volatility of the market leading to a decline in investment.” They sought $200 billion. The following months, China was sued by Missouri.