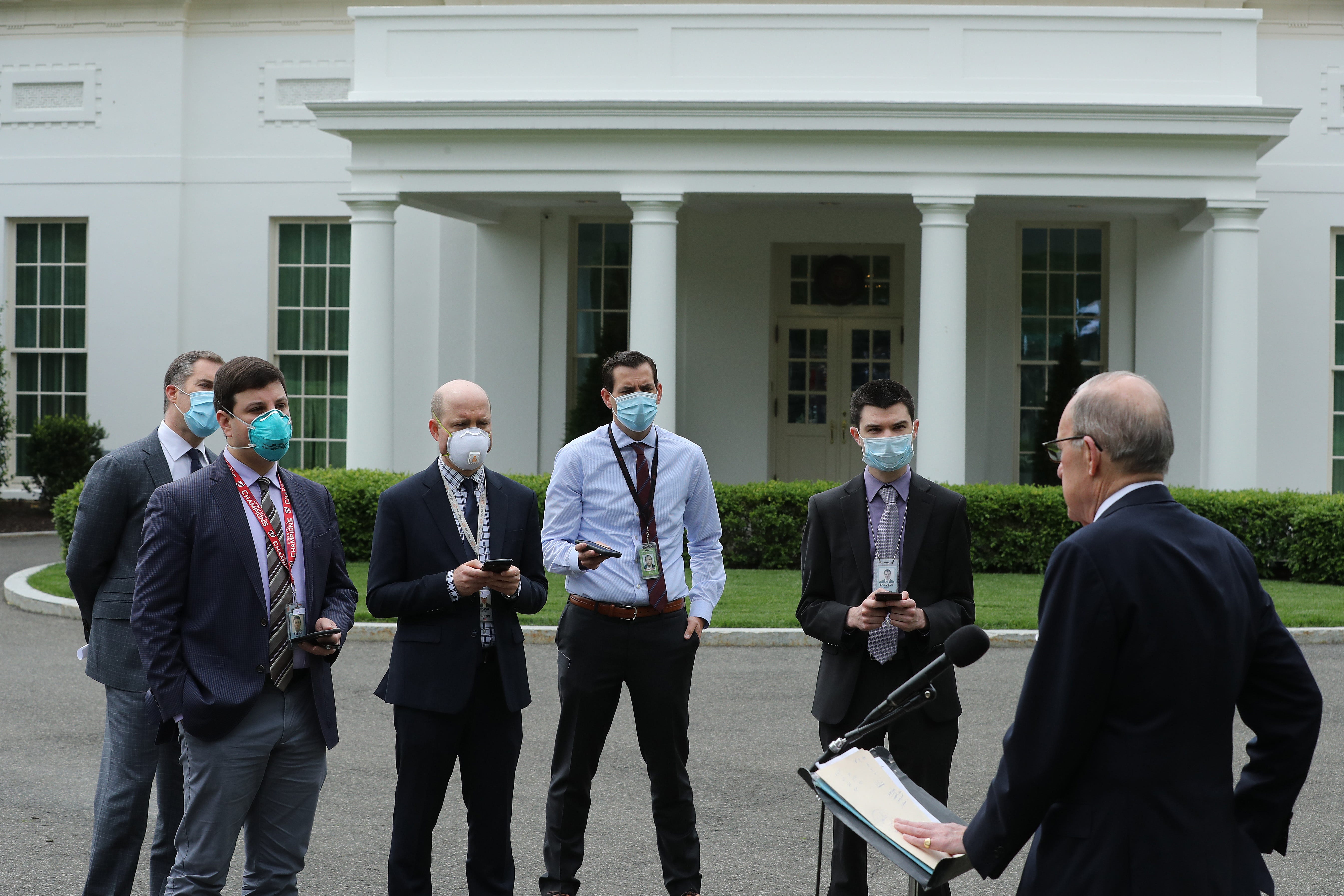 WASHINGTON – With coronavirus exposure arriving in the West Wing, the White House is taking extra precautions to ensure the safety of the president and his staff after two administration aides tested positive for the coronavirus.

President Donald Trump and Vice President Mike Pence will be tested daily for the virus, as will every staff member in close proximity to them. White House guests will be tested, workspaces will undergo regular deep cleaning, and staff will follow social distancing guidelines, undergo daily temperature checks and have their symptom histories reviewed, White House spokesman Judd Deere said Sunday.

“The president’s physician and White House operations continue to work closely to ensure every precaution is taken to keep the president, first family and the entire White House complex safe and healthy at all times,” Deere said.

The extra safety steps come after a chaotic week in which aides to Trump and Pence tested positive for the coronavirus and three members of the White House Coronavirus Task Force entered quarantine after being close to someone diagnosed with the disease.

A Navy valet who had been in the same room with Trump on Tuesday tested positive last week for the virus, which has already killed about 80,000 Americans. Pence spokeswoman Katie Miller also tested positive on Friday, prompting tests for six other Pence staffers who had been in contact with her. All six staffers tested negative, the administration said.

Dr.  Anthony Fauci, an infectious disease expert and a member of the White House coronavirus task force, announced Saturday that he will begin a “modified quarantine” after coming into contact with someone who has the virus. Fauci has tested negative for the virus but will be tested regularly and will monitor his temperature and other health indicators, a spokesperson for the National Institute of Allergy and Infectious Diseases said. He will stay at home and telework but will go to the White House if called.

Two other coronavirus task force members – Robert Redfield, director of the Centers for Disease Control and Prevention, and Stephen Hahn, commissioner of the Food and Drug Administration – said they also will self-quarantine after coming in contact with a person who tested positive.

All three and another task force member – Adm. Brett P. Giroir, assistant secretary of health at the Department of Health and Human Services – were scheduled to appear Tuesday before a Senate committee to testify about the administration’s response to the virus. They will now appear by videoconference instead.

“After consulting with Dr. Fauci, and in an abundance of caution for our witnesses, senators, and the staff, all four Administration witnesses will appear by videoconference due to these unusual circumstances,” said Sen. Lamar Alexander, R-Tenn., chairman of the Senate Health, Education, Labor and Pensions Committee.

None of the task force members in quarantine identified the infected person with whom they had contact. But Miller often attends task force briefings in her role as the press secretary for Pence, who has been leading the White House’s coronavirus response.

Miller is married to Stephen Miller, one of Trump’s senior advisers known for his hard-line stance on immigration.

Meanwhile, a personal assistant to Trump’s daughter, Ivanka Trump, also has tested positive for coronavirus, according to multiple news reports. The assistant, who is not a White House employee, has been teleworking for nearly two months and has not been around Ivanka Trump in several weeks, CNN reported.

At least 11 U.S. Secret Service members were reported to be infected with the coronavirus and about 60 other staffers were in self-quarantine, a person familiar with the matter said Friday.

The assignment locations of the sick Secret Service employees also were not identified. The service, which safeguards the country’s financial systems and provides personal protection for the president, vice president and their families, along with visiting heads of state, has 7,600 employees. Some of the more than 3,000 agents work in close proximity to those they protect.

The virus’ spread closer to Trump’s inner circle comes at a particularly inconvenient time for the White House, which has been urging states to reopen their economies and has been trying to show that life is returning to normal across much of the country.

The administration has held several carefully orchestrated events in recent days to promote such an image, including a series of Oval Office meetings between Trump and governors, nurses and business leaders. But often, such outings have ended up just underscoring the virus’ grip on American life.

Message distrupted: Pence aimed to project normalcy during his trip to Iowa, but coronavirus got in the way

Some White House aides appeared unnerved by the developments.

“It is scary to go to work,” Kevin Hassett, one of Trump’s top economic advisers, said Sunday during an interview on CBS’s Face the Nation.

Working in the West Wing is “a little bit risky” because it’s “a small, crowded place,” Hassett said.

“I think I would be a lot safer if I was sitting at home than I would be going to the West Wing,” he said. But, “you have to do it because you have to serve your country. And there are a lot of things that you can’t do except there.”

“This is probably the safest place that you can come to,” he said Friday.

No new coronavirus instances for purchasers served by contaminated hairstylists