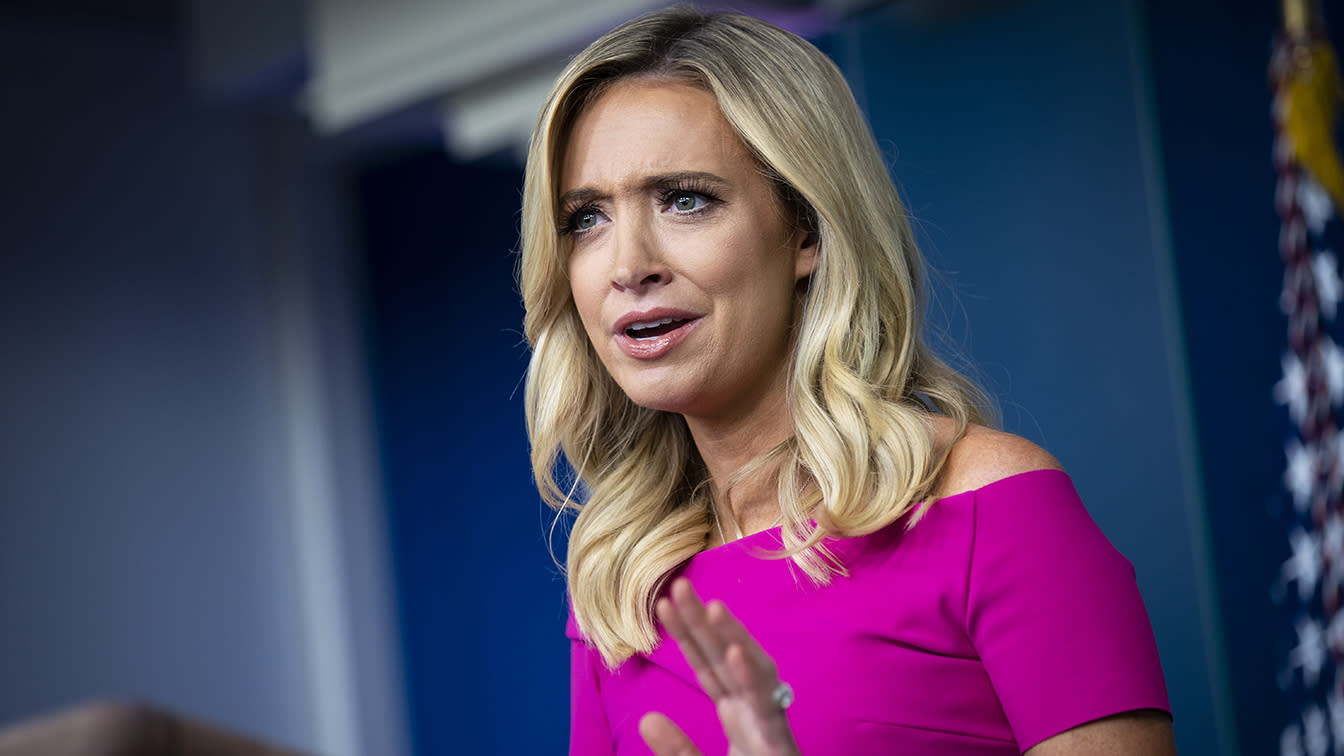 President Trump’s press secretary defended his calling the coronavirus the “kung flu” at a rally in Tulsa, Okla., over the weekend.

“The origin of the virus is China,” spokesperson Kayleigh McEnany said at a press briefing Monday. “It’s a fair thing to point out. As China tries to ridiculously rewrite history, ridiculously blame the coronavirus on American soldiers — this is what China is trying to do. Well, President Trump is saying, ‘No, China, I will label this virus for its place of origin.’”

McEnany was asked to respond to Asian-Americans who might have been offended by Trump’s use of a racial slur.

“The president has said very clearly that it’s important that we protect our Asian community in the U.S. and all around the world,” the press secretary replied. “They’re amazing people and the spreading of the virus is not their fault.”

“It’s not a discussion about Asian-Americans, who the president values and prizes as citizens of this great country,” she added. “It is an indictment of China for letting this virus get here.”

McEnany pointed to examples of news outlets using phrases like the “Wuhan virus” to describe COVID-19, and accused the media “of trying to play games with the terminology of this virus.”

At his rally in Tulsa on Saturday night, Trump said the virus, which originated in Wuhan, China, has “more names than any disease in history.”

“I can name ‘kung flu,’” Trump said to cheers from a partially filled arena. “I can name 19 different versions of names.”

At the same rally, Trump told supporters that he asked to slow down coronavirus testing in the United States in order to halt the country’s mounting COVID-19 case count.

McEnany said he was making a joke at the expense of the media, which, she claimed, fails to qualify reports about rising coronavirus cases by noting the increase in testing. But in several states that are driving the surge in cases, including Texas, Florida and Arizona, the prevalence of positive test results has been steady or increasing — meaning that the caseload rise is not merely an artifact.

Back in March, White House counselor Kellyanne Conway called the term “kung flu” “highly offensive” after a report that an unnamed White House staffer had used the phrase.

“Of course it’s wrong,” Conway told reporters. “That’s highly offensive. I’d like to know who it is.”

McEnany did not answer when asked if Conway was wrong to be offended.

Asked whether Trump regretted using the phrase, the press secretary said he did not.

Trump threw away his leverage by signing the COVID-19 package deal with $600 checks and might now solely watch as McConnell blocks $2,000 funds