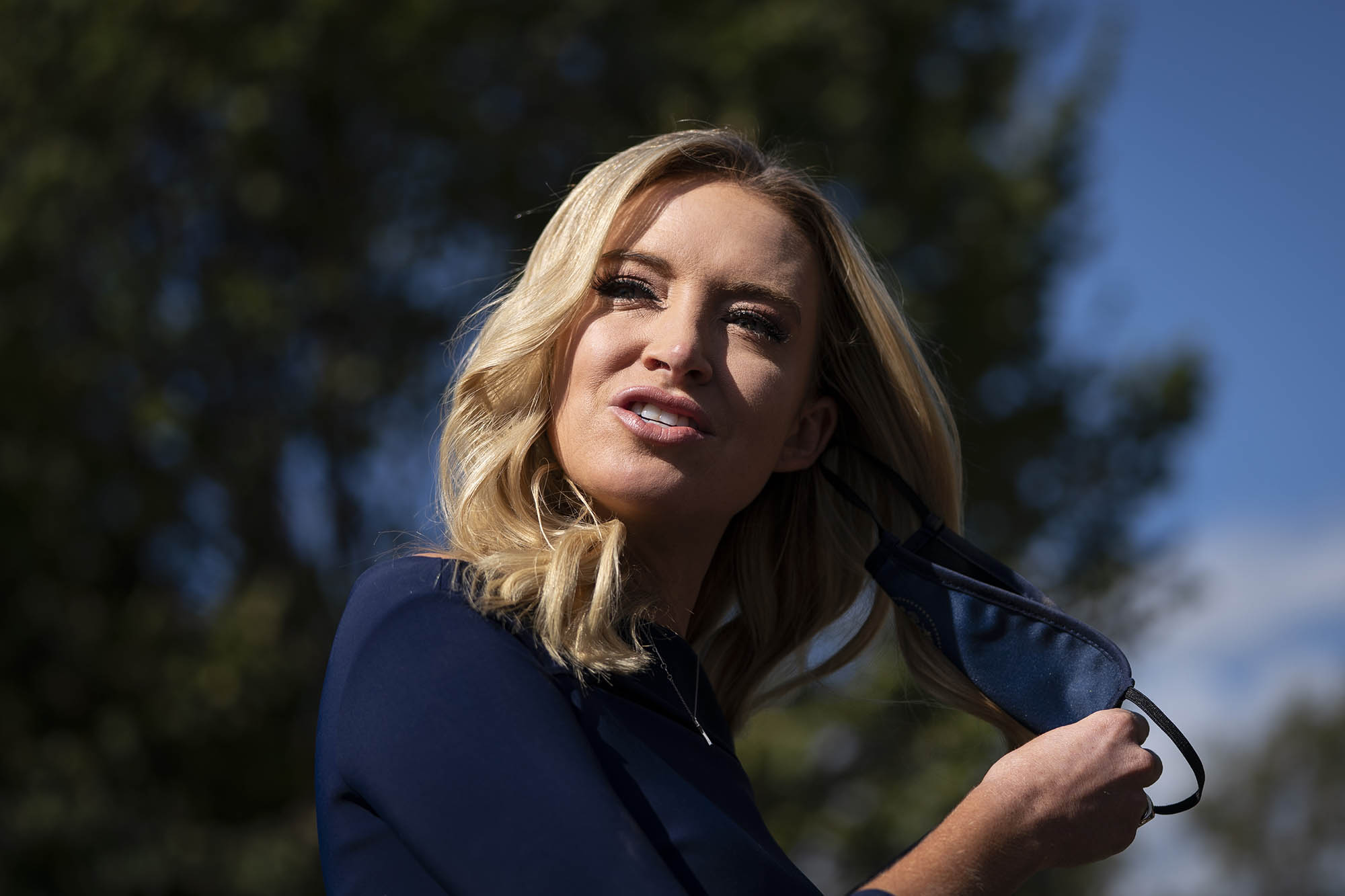 White House press secretary Kayleigh McEnany announced on Monday that she has tested positive for the coronavirus and will begin the quarantine process.

“After testing negatively consistently, including every day since Thursday, I tested positive for COVID-19 on Monday morning while experiencing no symptoms,” McEnany wrote on Twitter, adding that she will continue to work remotely while isolated.

“No reporters, producers, or members of the press are listed as close contacts by the White House Medical Unit,” she added.

President Trump is being treated for the coronavirus at Walter Reed Medical Center after he and first lady Melania Trump tested positive last Thursday.

McEnany also said she had no knowledge that fellow White House staffer Hope Hicks had been diagnosed with the coronavirus before she held a press briefing last Thursday.

Hicks, a counselor to the president, tested positive last Thursday, after traveling to Tuesday’s debate in Cleveland with the president and attending a Wednesday campaign rally in Minnesota.

The White House Correspondents’ Association expressed its wish that Trump, McEnany and others “struggling” with the coronavirus have a “swift recovery.”

“As of this moment we are not aware of additional cases among White House journalists, though we know some are awaiting test results,” a statement from the association said.

“We strongly encourage our members to continue following CDC guidance on mask-wearing and distancing – especially when at the White House – and urge journalists to seek testing if they were potentially exposed,” it continued.

McEnany routinely goes maskless when talking to reporters in the White House briefing room or during informal gaggles on White House grounds.

McEnany was maskless during the Thursday briefing she referenced in her Twitter announcement and again during the informal gatherings with reporters on Friday and Sunday.

McEnany and Hicks are among a number of current and former White House staffers and others close to the president who have been diagnosed with the coronavirus in the past week.

Vice President Mike Pence and his wife have tested negative over the past several days.

Don't Miss it Gateway Security 6980 Cover2 Security Glasses Protecting Eye Put on – Over-The-Glass (OTG), Clear Lens, Black Temple
Up Next Meet the Man Who Has Been Burning Our bodies of Covid-19 Sufferers in Assam