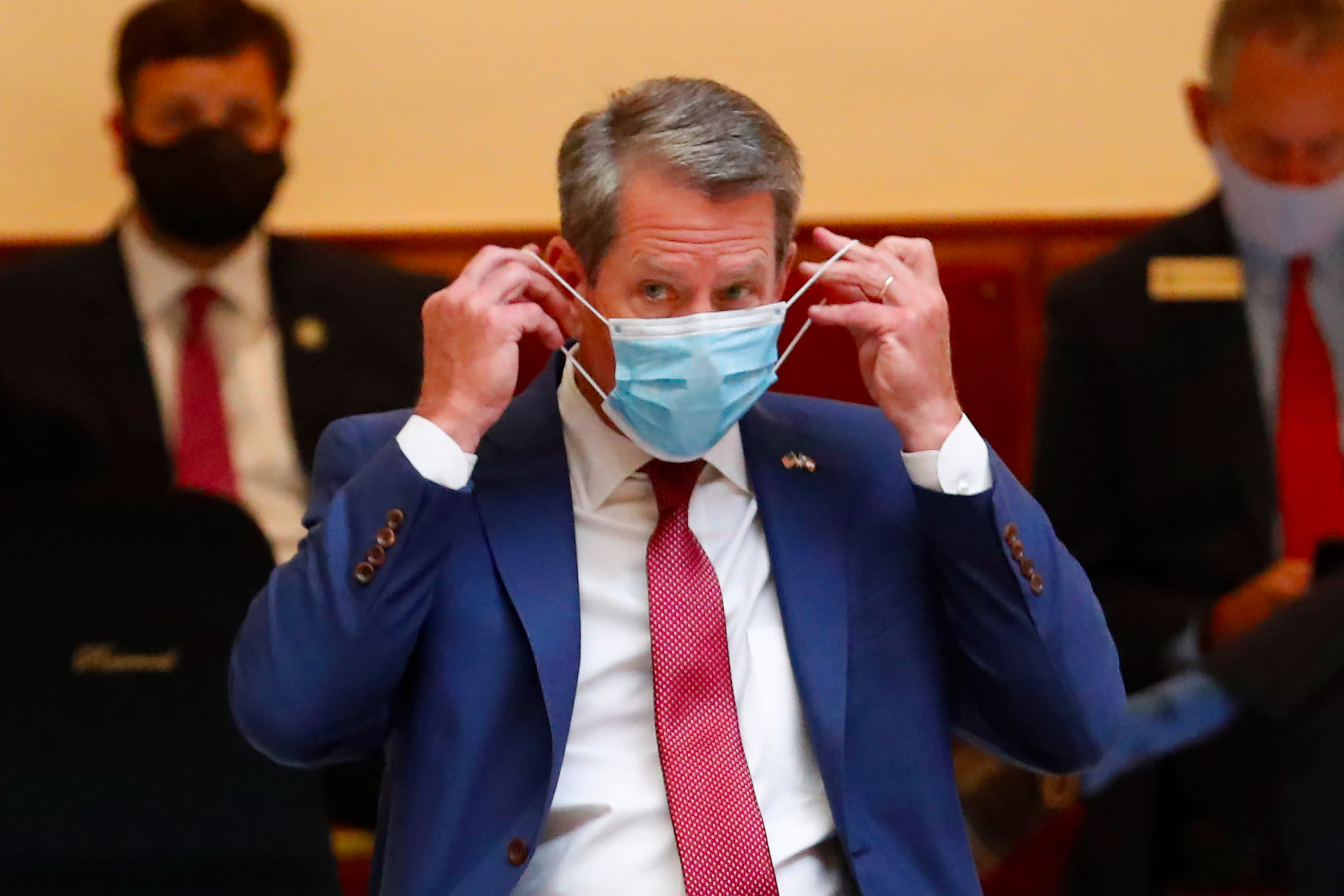 A new White House coronavirus task force report shows that 18 states are in the COVID-19 “red zone,” meaning they recorded more than 100 new cases per 100,000 residents in the past week.

The 359-page document, which was obtained by the Washington, D.C.-based nonprofit Center for Public Integrity and dated July 14, also shows that 11 states are now reporting positivity rates exceeding 10 percent for COVID-19 diagnostic tests.

The report, which was not shared publicly, recommends that states in the red zone for either cases or test positivity mandate the use of masks, limit social gatherings to 10 people or fewer and maintain the closure of bars and gyms in cities and counties considered to be “hot spots.”

At a task force briefing earlier this month, Dr. Deborah Birx presented slides from a similar report showing that Arizona, California, Florida and Texas were among the states in red zones, and said people living in them should “not only use the face coverings” but limit gatherings “back down to our phase-one recommendation, which was 10 or less.”

The nation is still struggling to contain the virus, which has killed more than 138,000 Americans and infected over 3.6 million U.S. citizens. More than 74,000 new coronavirus cases were reported nationwide on Thursday, the most in a single day.

The White House said Thursday that President Trump does not want to issue a nationwide mask mandate to combat the coronavirus and instead will leave those restrictions up to state and local governments.

That same day, the governors of Arkansas and Colorado became the latest to issue mask mandates. But Georgia Gov. Brian Kemp, whose state is in the red zone for both cases and test positivity, is refusing to do so. (Kemp even sued Atlanta Mayor Keisha Lance Bottoms over her city’s mask order.)

Meanwhile, Dr. Anthony Fauci, director of the National Institute of Allergy and Infectious Diseases and a member of the White House coronavirus task force, said state and local leaders should be “as forceful as possible” to get the public to wear masks.

“I can say as a public health official that I would urge the leaders — the local, political and other leaders in states and cities and towns — to be as forceful as possible in getting your citizenry to wear masks,” Fauci said Friday. “Masks are really important. And we should be using them — everyone.”