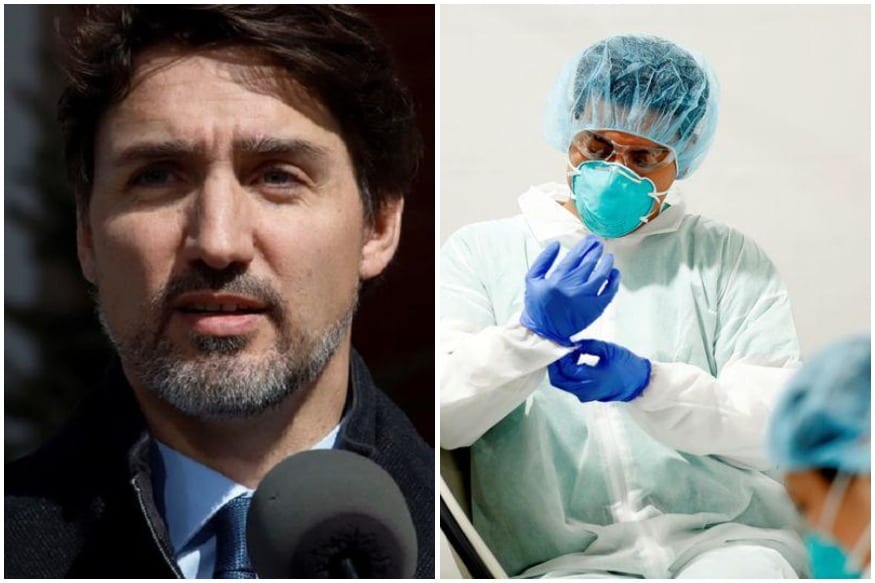 Canadian PM Justin Trudeau said that the healthcare workers were given a raise as they deserved it | Image credit: Reuters

Canada has decided to increase wages of health workers and has set aside a $3 billion budget for the same.
News18.com
Last Updated: May 9, 2020, 5:09 PM IST

In a bid to support health workers amid the COVID-19 crisis, the government of Canada has decided to increase their pay.

On May 7, Canada’s Prime Minister Justin Trudeau informed the press that the government, with the approval of all provinces, had decided to increase wages of health workers and has set aside a C$3 billion budget for the same. The top up will help health workers who are docking low wages while providing an incredible service to the nation, especially those in COVID-19 care units, Reuters reported.

“If you’re risking your health to keep this country moving and you’re making minimum wage, you deserve a raise,” Trudeau told a daily briefing earlier in the week.

The total number of coronavirus-related deaths rose by just over 4% to 4,280 from 4,111 on Wednesday, official data showed, further evidence the outbreak has peaked. The number of positive diagnoses edged up to 63,895 from 62,458.

Quebec, the province hardest hit by the coronavirus, has unveiled plans to gradually restart its economy but on Thursday pushed back for the second time the date when businesses can reopen in Montreal, Canada’s second biggest city.

As India braces for a surge in coronavirus cases, health workers have come out as the true warriors the fight against the pandemic. However, health workers and medical professionals across the country have been complaining about a lack of Personal Protective Equipment (PPE) and deplorable working conditions while also facing discrimination.

Last week, the Indian armed forces participated in a coordinated and highly publicised thanksgiving stunt to laud the “corona warriors”. The Indian Air Force got choppers to showering flower petals on hospitals and medical professionals across the country. Navy ships were lit up with messages of thanks and Army bands serenaded health workers.

The move was met with criticism as many from the health workers community as well as the general public on social media asked for PPE rather than flowers and music performances. In April, several private hospitals also allegedly brought in pay cuts for doctors, especially those not treating COVID-19. Such incidents were reported from Kolkata as well as Bengaluru.

Social media was impressed by Germany’s gesture with many in India comparing it to the treatment Indian essential workers were receiving.

their PM cares in real 👏

“What a dork! Here in India, I get doctors to give up salaries and citizens to donate to unaudited funds!”

He must learn from Indian PM ways-bang Thalis, shower flower petals, light candles, to express gratitude for services of front line workers without spending a penny ensuring their safety.

Bloody hell, calm down with the sensible measures, Canada – you’ll embarrass the lot of us.

“If you’re risking your health to keep this country moving and you’re making minimum wage, you deserve a raise” – Justin Trudeauhttps://t.co/SJLTVEXK7R

After partiers with the coronavirus went to nightclubs, it found and tested 46,000 exposed people