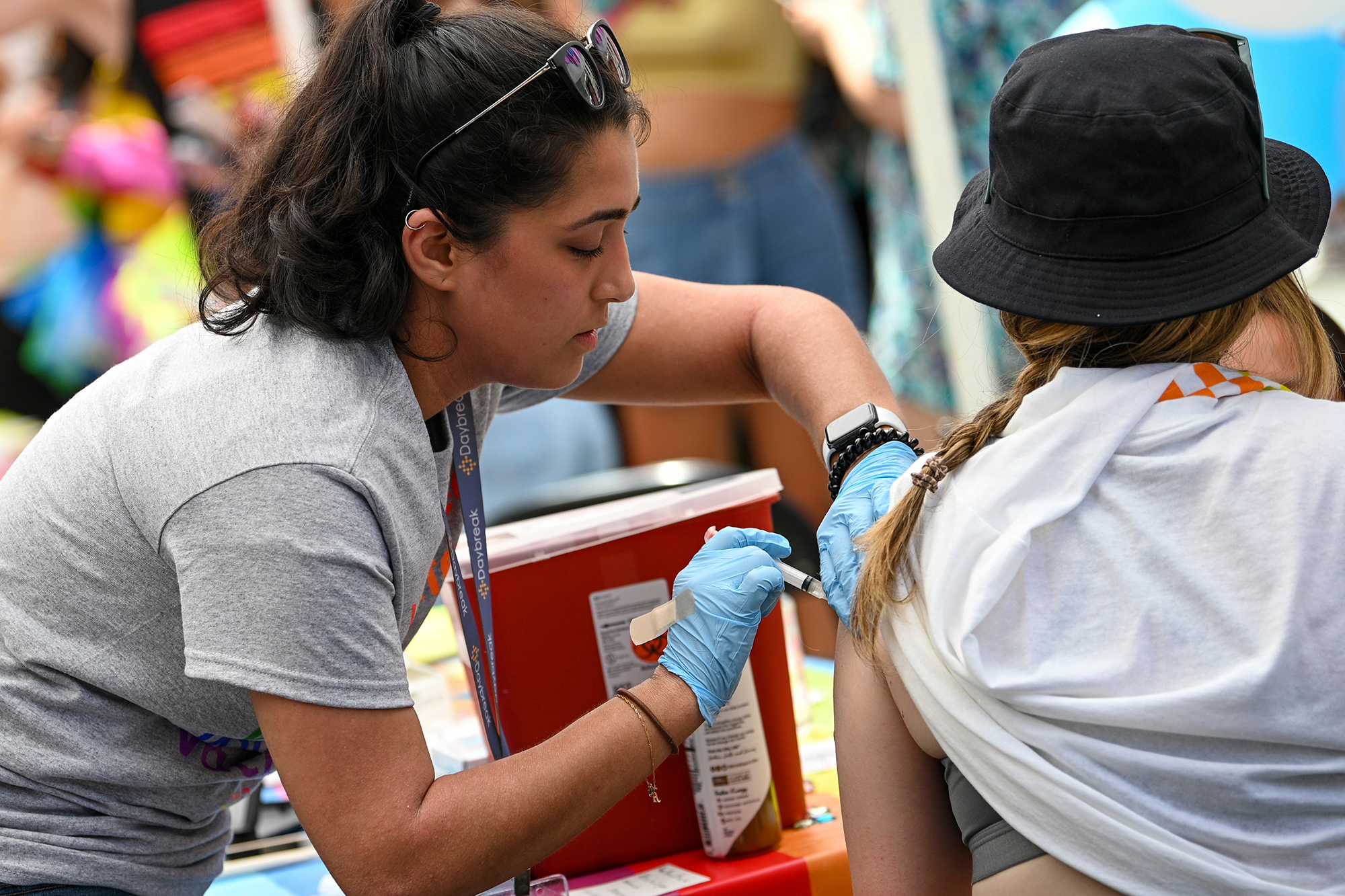 Americans were left scratching their heads this week after vaccine-maker Pfizer and the country’s two top health agencies butted heads on whether or not a COVID-19 booster shot was needed to ward off the Delta variant.

On Thursday, Pfizer announced it is developing a third dose to ward off the highly infectious strain — as fears mount over the mutation’s rapid spread and its response to vaccines.

But the drugmaker’s announcement quickly prompted the Centers for Disease Control and Prevention and the Food and Drug Administration to fire back that Americans don’t yet need a third dose, sparking confusion and triggering a public health debate.

Here is what the vaccine companies and government health officials have to say about potential booster jabs — and what the data shows.

Pfizer announced it is developing a COVID-19 booster shot to ward off the Delta variant as fears mount over the highly infectious strain.Getty Images

What Pfizer says about its new booster shot

The pharmaceutical company and its partner, BioNTech, said Thursday it’s creating a third shot to provide the “highest levels” of protection against all variants, including Delta.

The drugmakers claimed “vaccine efficacy has declined six months post-vaccination,” while the highly contagious Delta variant, which first emerged in India, “is becoming the dominant variant in the country.”

“We continue to believe that it is likely, based on the totality of the data we have to date, that a third dose may be needed within 6 to 12 months after full vaccination,” the companies explained.

As a result, clinical trials for the booster shot could begin as early next month if approved by the FDA, the vaccine makers said.

The announcement came just days after Israel’s health ministry said the shot’s effectiveness in preventing both infection and symptomatic disease has dropped to 64 percent in the country.

It also came a day after CDC data showed the Delta variant has become the most dominant strain in the US.

The FDA has stated Americans don’t necessarily need a third dose, but companies are still moving toward manufacturing one.STRF/STAR MAX/IPx

What the government says about a booster shot

Shortly after Pfizer’s announcement, the CDC and FDA teamed up to release an after-hours statement that seemed to contradict the pharmaceutical company’s assertion that a third jab will be needed.

The government agencies insisted that fully vaccinated Americans don’t need boosters yet and are “protected from severe disease and death, including from the variants currently circulating the country.”

They also stressed that’s it is not up to the companies that make vaccines alone to decide when a third dose might be needed.

Instead, the CDC and FDA said they are continuing to use a “science-based, rigorous process” to determine “whether or when a booster shot might be necessary.”

The health agencies aren’t ruling out a booster jab, but insist the science doesn’t prove it yet.

“We are prepared for booster doses if and when the science demonstrates that they are needed,” the CDC and FDA said.

Pfizer believes the third shot will give patients the highest level of protection.STRF/STAR MAX/IPx

What the data says about a booster shot

Research has shown the Delta variant spreads up to 225 percent faster than the original COVID-19 virus.

But studies cited by the White House chief’s medical adviser, Dr. Anthony Fauci, show that the current two-dose Pfizer and Moderna vaccines are still likely highly effective at protecting against severe infections of the strain.

The vaccines are also 79 percent effective against infection from the strain.

Pfizer insists a booster shot would increase antibody levels in patients by up to 10-fold  — but conceded that fully vaccinated people are still 95 percent protected from severe disease.

Does Moderna plan to develop a booster shot?

While Moderna hasn’t spoken up about whether it will develop a third dose to combat the Delta strain, it had said previously that booster shots could be effective at protecting against variants of concern.

In May, the vaccine maker said human trials showed that people who were administered a third jab had a stronger immune response to the South Africa and Brazil strains of COVID-19.

The company later said the vaccine provides “promising protection in a lab setting” against the Delta strain.

“As we seek to defeat the pandemic, it is imperative that we are proactive as the virus evolves. We remain committed to studying emerging variants, generating data and sharing it as it becomes available. These new data are encouraging and reinforce our belief that the Moderna COVID-19 Vaccine should remain protective against newly detected variants,” Stéphane Bancel, chief executive officer of Moderna, said in a statement late last month.