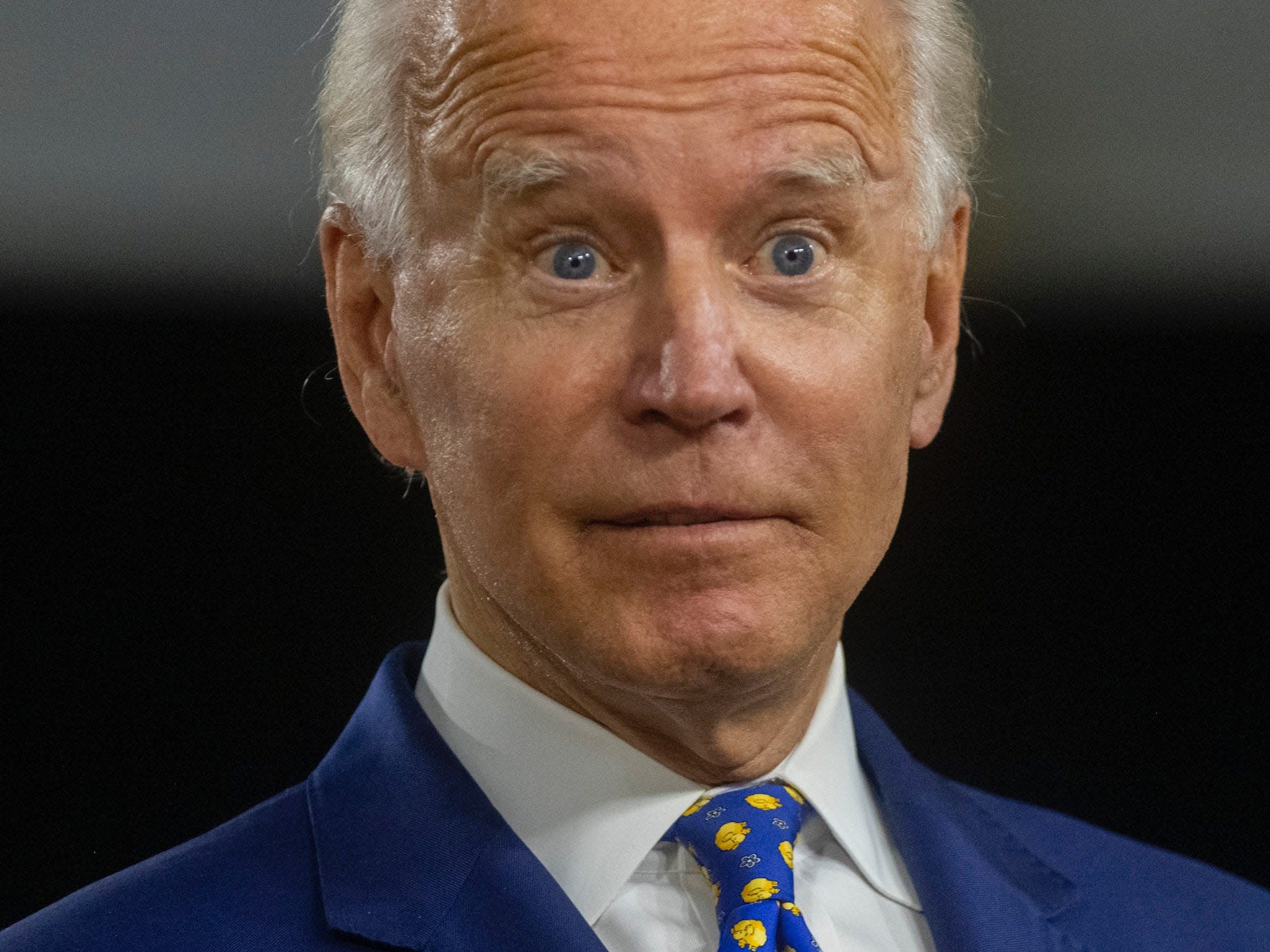 Bill Gates said Joe Biden “may want more expert advice” if he becomes the next president.

I asked Bill Gates what he thought Joe Biden, if elected, should do about the coronavirus on January 21, his first day in office.

“You really have to view the pandemic as a problem that you’re willing to talk about,” Gates said.

Bill Gates doesn’t skip a beat when imagining how the US might approach the coronavirus pandemic differently if the country were to elect a new president this November.

“If he wins, what do you think Joe Biden should do about the coronavirus, on January 21st?” I asked Gates, during our recent interview.

It’s hard to know what the state of the pandemic will be at that date — roughly six months away — and with winter flu season in full swing, “so it’ll have be based on the context at that point,” Gates said, acknowledging that “the fall could be tough,” as more people move indoors, and return to school and work.

Still, the billionaire philanthropist seemed to audibly brighten at the hypothetical scenario. He said that he imagined Biden would “want more expert advice” about what to do during the pandemic, versus Trump who, in 2018, disbanded the unit inside the National Security Council devoted to fighting such global public health threats.

“He’ll appoint, we hope, strong people,” Gates said of Biden. “There are lots of people who are involved in the global response to Ebola and smallpox and polio, who would love to help out the US bring this thing to a close.”

Two of the biggest problems that Gates identified in the country’s current coronavirus response are the testing system, which often does not get results back fast enough to be useful, and the fact that “the US is the worst of the rich countries, in terms of mask usage.”

Those are both sticking points that Gates expects Biden might better address.

“He’s been good on mask-wearing,” Gates said. “He understands the inequities of the current testing system.”

Gates’s philanthropic Bill and Melinda Gates Foundation is also the second largest funder of the World Health Organization, after the US.

So, when President Trump announced his intention to leave the WHO earlier this year, Gates showed his support for the global health organization his foundation spends more than $200 million on every year on Twitter, saying “the world needs WHO now more than ever.”

“He’ll probably choose not to leave the WHO,” Gates said of Biden. “Since that’s where all the data is, and that’s how countries coordinate with each other.”

Finally, if he is elected, Gates hopes that Biden might bring a touch more humility to the Oval Office.

“You really have to view the pandemic as a problem that you’re willing to talk about,” Gates said. “Willing to admit we’ve made some mistakes, and that we’re going to keep learning, and let the voice of the CDC and experts like Dr. Fauci not be restricted, in terms of allowing them to speak to the public, and not be drowned out by whatever treatments you have a personal thought about.”

California Fitness center Has an Reply to Working Out Throughout Coronavirus Pandemic: Plastic Pods