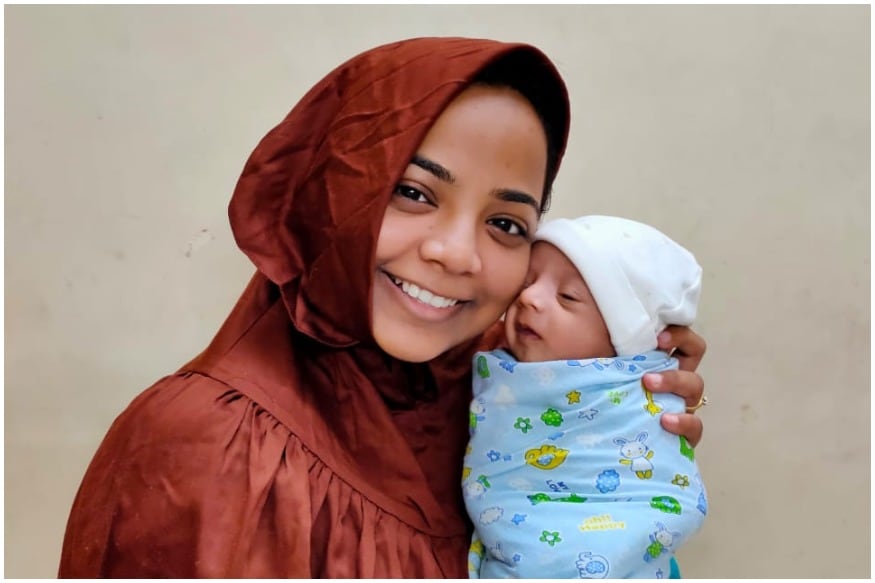 New Delhi: Gulshan Khatoon, 22, of village Basta, Bihar, went into labour in the wee hours of April 29. Nine months pregnant with her first child, Gulshan was taken to the nearest hospital, Simri PHC, about six km from her home. Her husband, a migrant worker, was stuck in Mumbai due to the COVID-19 lockdown.

When she reached the hospital that night 3 am, despite being in labour, Gulshan was denied entry and made to wait outside for two hours. Gulshan and her family pleaded with the doctor on duty but he along with other hospital workers flatly refused to treat the pregnant woman because she was Muslim. Desperate for treatment, Gulshan’s family took her to the district hospital in Buxar, which was 30 km away. With no ambulances showing up despite being promised, the family managed a private jeep to travel.

But even after reaching Buxar, Gulshan’s trauma was far from being over. The Buxar hospital asked for blood tests and ultrasound before admitting the woman. Since these facilities were not available at the hospital, Gulshan’s family took her to a diagnostic centre and managed to get blood tests done by the afternoon. The hospital, however, refused to admit Gulshan without the ultrasound report.

Finally, Gulshan’s family decided to move her to a private hospital in Kesat, a further 30 km away. When doctors finally managed to operate on the woman, her condition had already worsened. Gulshan gave birth to a stillborn. Depressed at having lost her firstborn, Gulshan now blames the government imposed coronavirus lockdown for her loss.

Gulshan is one of many women affected by the nation-wide lockdown imposed on March 24 to contain the spread of COVID-19. Since the Tablighi Jamaat fiasco in Delhi’s Nizamuddin in early March, several pregnant Muslim women across India have reported still-births and other medical services due to denial of services, discrimination and neglect meted out to them by healthcare professionals on the basis of their religion.

But Islamophobia is not the only way in which coronavirus has affected expecting and new mothers in India.

Tucked away in Baragaon village in Uttar Pradesh’s Jhansi district, 28-year-old Guddu Devi makes a paste out of onions and chillies, applies it to two dry rotis, and eats them with salt every night before bed. The frugal meal is nothing compared to what she sees pregnant women eat in films, television commercials and public service advertisements. But at eight months of pregnancy, Guddu has nothing better to eat.

Guddu’s husband Ramesh is a daily wage worker in Delhi. With the coronavirus lockdown cutting off cross border movement on March 24, Ramesh has been stuck in a room in Delhi’s Punjabi Bagh. Jobless and penniless, Ramesh who worked as a construction worker, has neither been able to go home to his pregnant wife, nor has he been able to send any money home for nearly two months. All their savings are now over.

“I don’t know when I will get to see my husband again. I am always hungry,” Guddu says. At this stage of the pregnancy, women should eat all kinds of nutritious food, she adds. “I watched in a film once that a pregnant woman wanted to eat ice cream at night and they travelled across the city for it. I don’t even have two square meals a day,” Guddu rues.

In the past few weeks, her husband Ramesh has made frantic calls to several helplines, seeking help for his family at home. “I have no idea how to return. The last few times I tried to venture to the station or cross the border on foot, I was beaten by police” he says. With work drying up, Ramesh was himself starving in Delhi while his wife, mother and two-year-old daughter starved at home. He has no idea about the trains that have been started by the Delhi government recently to ferry migrant workers back to their homes.

It was only after an NGO got wind of his condition and offered to help that Ramesh could manage to receive some food. The activists also managed to send food Guddu and her family in Jhansi. “But how long will a few kilos of grain last?” a distressed Guddu asks.

Guddu is one of the thousands of women who are either pregnant amid the global coronavirus pandemic. Like many, she too is facing the brunt of an unprecedented lockdown designed to restrict the spread of coronavirus. Maintaining social distancing is vital to contain the community transmission of COVID-19.

The rising cases have also worn the healthcare services thin with reports of widespread neglect.

The “Nightmare” of birth

“The situation is a nightmare,” says Poonam Muttreja, Executive Director of Population Foundation of India, an organisation that works for the upliftment of underprivileged women in India. With transport restricted and medical services as well as ASHA workers engaged in fighting COVID-19, reproductive services have come to a near standstill, especially in rural areas.

Muttreja alleges that while the lockdown is essential, the health ministry deems to have given little thought to how it would affect maternal healthcare. “Across India, studies show that nearly 70 percent of families with low income choose institutionalised births as opposed to home births. With no transport or readily available medical facilities, how will pregnant women even reach hospitals on time?” she asks.

The gender rights expert also points that the public health sector’s push toward institutionalised births has led to a decline in experienced midwives who can provide efficient and safe delivery services, leaving women in rural or remote areas at higher risk of miscarriages, still-births and maternal death. This was even more crucial amid the lockdown when government services are stretched thin and private healthcare is failing to meet the country’s maternity needs.

Muttreja goes on to stress the dangerous trend of Islamophobia and its impact on the reproductive health of a large number of underprivileged women from the minority community. “We need stringent action against such cases. Healthcare cannot discriminate on the basis of religion and such neglect of vulnerable women during pregnancy is atrocious,” she tells News18.

Poonam, with the help of PFI, has aided several such women including Gulshan Khatoon to seek justice from district level authorities.

“I couldn’t hold my baby”

The COVID-19 crisis has not just affected women in rural India but also urban and socially able women, in myriad ways. Tasneem Huzefa Sadriwala, 23, gave birth on March 16 in Mumbai, just six days before the lockdown. After delivering a healthy son, albeit a couple of weeks prematurely, Tasneem returned home in three days, only to catch a fever. “For nearly a week, I did not touch my newborn baby. I was worried I might have coronavirus so I did not even feed him for fear of infecting him,” she says. Tasneem later got herself checked and her fever turned out to be caused by malaria.

“This is the worst possible time to become a mother. I am constantly scared of the virus affecting my baby or me,” Tasneem shares. While childbirth in India is an almost festive occasion that attracts families and friends from far and wide, Tasneem has ensured that no relatives other than immediate relatives come to physically visit the baby, even to bless it.

“When I became pregnant, it was a different world. It is not the same as the one my child has been born in,” Tasneem says, adding that coronavirus would change the way everything worked, including maternity and parenting norms.

Delhi-resident Ramya Ranjith also feels the same. Ramya, 29, gave birth on April 18 amid the lockdown. While the delivery went without a hitch, Ramya says that the days immediately after that were a struggle. “The lockdown was announced so suddenly, we had no time to prepare for the baby. We had not bought baby clothes or supplies. For days, we had nothing to clothe the baby in,” the Dwarka resident recalls.

Ramya also stressed that though her C-Section went without a hitch, the attitude of healthcare professionals at Manipal hospital where she delivered was disheartening. She alleges that staff were limited and stretched, meaning she had to spend long hours in her hospital room alone and scared. She also feels that staff including doctors, though professional, often lacked the “humanity required” for maternal healthcare.

“It’s an emotional time for a woman, right? And this pandemic is unlike anything we were prepared for. All that is needed is a little bit more consideration,” she says. “We are delivering babies by ourselves without our families. At these times, hospital staff needs to act as the woman’s family and support her through the tough time”.

While the point raised by Ramya has merit, the reality of healthcare in India perhaps lies in the contrast in its access.

In India where the Maternal Mortality Rate (MMR) in the years between 2010-17 was 61 percent, as many as 34 percent pregnant women below the age of 30 died during pregnancy (2015-17), as per data by the Sample Registration System (SRS). In 2017, over 1,600 women between 15 and 30 years of age died of complications related to pregnancy and delivery. Hundreds of women die every year due to unsuccessful or illegal abortions.

As per predictions made by a top United Nations body, India is expected to record the highest number of births in the nine months after since the imposition of lockdown in March. Between March and December, the country is expecting 20 million new births. With COVID-19 wearing out healthcare system of India thin, is India equipped to deal with the COVID-19 baby boom? Can it contain the impact it will have on women’s mental and physical healthcare as well as India’s deplorable child mortality rate?

But these questions mean nothing to the distraught Gulshan Khatoon who lost her first baby due to hate and inadequate access to healthcare facilities. Her baby did not make it to the predicted list of 20 million.