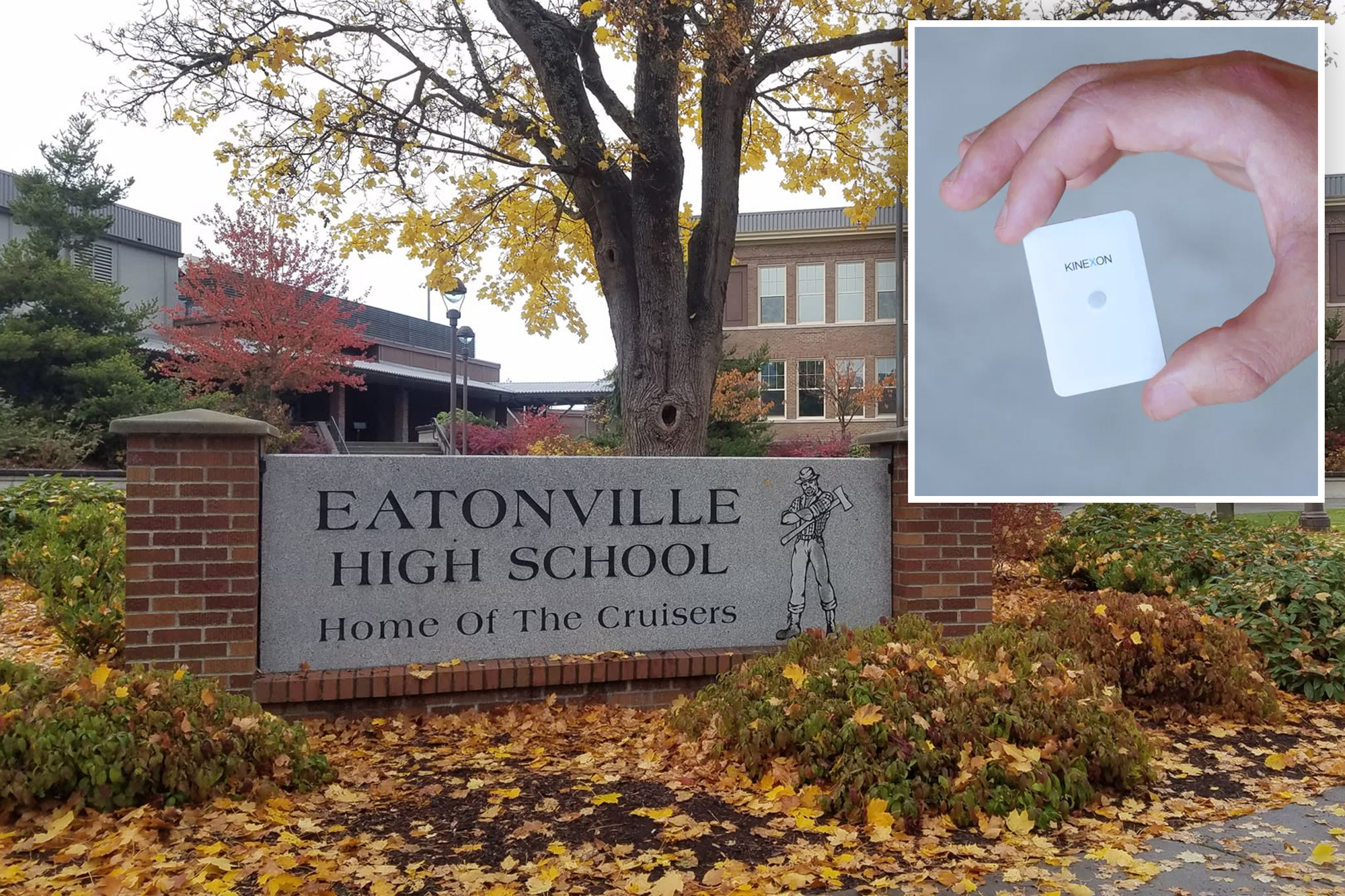 A public high school in Washington state wants to require some student-athletes to wear wrist monitors so they can better contact-trace amid the COVID-19 pandemic — riling some parents, who blasted the “tracking devices” on their children.

The Eatonville School District said in a letter Tuesday to parents that it received grant funding to support higher-risk athletic programs, including to pay for “athletic proximity monitors” to be worn by both staff and students on the field regardless of vaccination status.

“If a student or coach tests positive, we will have immediate information regarding athletes’ and coaches’ contact, so we can more tightly determine who might need to quarantine,” Eatonville School District Superintendent Gary Neal said.

The monitors — which are required for moderate- and high-contact indoor sports — contain radio-based sensors that track distance between people wearing them, but district officials insist student-athletes aren’t being traced while off the field.

“The monitor is only worn during participation in the sport,” according to an Eatonville High School webpage.

The wearable technology is also being used by the NFL to “modernize contact tracing” and has since extended into college football with the Southeastern Conference using the devices for its players, Neal said.

Parents of student-athletes were invited to a meeting to discuss the plan and received a consent form to authorize their child’s participation, but some are upset by the district’s move to mandate the devices, which are worn on the wrist by most students, the Tacoma News Tribune reported.

“I was notified if I didn’t sign it, they couldn’t play,” parent Jason Ostendorf told the newspaper of his son, who plays football, and his daughter on the school’s volleyball team. “I signed it reluctantly. It’s either that or he doesn’t play.”

Ostendorf said the devices aren’t “optional” and put him in a “horrible position” of having to sign a form to authorize them.

“Above all, they’re putting tracking devices on my kid,” Ostendorf said.

Ostendorf said he plans to get his children vaccinated, since they’ll have a harder time returning to the field if they test positive.

The school district has made it very clear to parents of student-athletes that the tracker is not optional and if the child wants to play, they have to wear the chip. KINEXON

“It’s absolutely against my better judgment and every fiber of what I think is right,” Ostendorf said. “If I don’t, they can be sent home from school for 14 days.”

Student-athletes who are vaccinated, however, can avoid quarantining and get back on the field within three to five days if they test negative, the News Tribune reported.

“The vaccine, now be tracked when you’re at practice,” Ostendorf continued. “Where does this end? I feel like this is an experiment on our kids to see how much we can put them through before they start breaking.”

The Eatonville School Board is hosting a meeting at the high school Wednesday night to provide additional details on the program.

The chip would allow the school to determine who would need to quarantine should there be an outbreak of COVID-19.KINEXON

For now, the district has put the plan on hold and “shelved the devices until proper procedures including community input and board approval process occur,” school board director Matt Marshall told the Post Millennial.

“I will fight any requirements that segregate students based on vaccination status,” Marshall said. “I am confident the rest of my colleagues will do the same.”

The policy, according to Neal’s letter to parents, applies to both vaccinated and unvaccinated staffers and student-athletes.