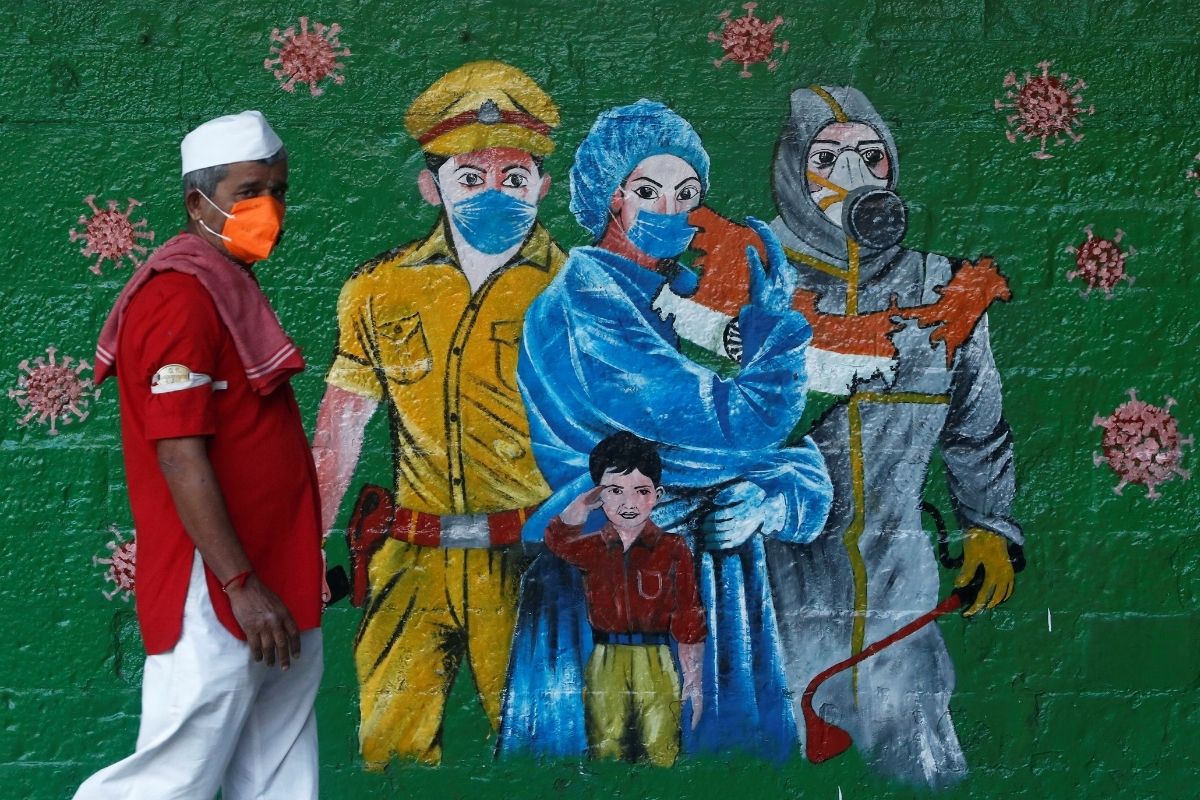 The coronavirus pandemic hit us like a storm and ruled headlines throughout the last year. It still does. For many of us, there is nothing more we would like than to forget the bygone year and move past it with the hopes that 2021 will be kinder. Yet, the virus lingers above our heads – the pandemic is not over yet.

So, what are Indians hopeful about?

In a survey conducted by YouGov in association with News18, results show that a vaccine against coronavirus, potentially ending the seemingly never-ending battle against the virus, is what most Indians are hopeful about. Close to half of the respondents, 48%, claim it to be their biggest hope for 2021.

In India, the first coronavirus infection was confirmed in January 2020 when a youth who returned to Kerala from Wuhan, China tested positive. The first death due to Covid-19 was reported three months later in March. Now, over 150,000 people have died due to coronavirus since the pandemic started. Over 1 crore have been infected. Keeping statistics aside, 2020 turned lives upside down in a way we didn’t know was possible.

It was the year when something as trivial as being able to hug your loved ones became unsafe, when a mere run to the grocery meant putting yourself in harm’s way. Millions lost their jobs and the Indian economy struggled under the burden of a nationwide lockdown.

However, as the world turns the page to a new year, people across the world are united by one hope for 2021 – that we will fight the pandemic and we will finally be able to let go of the “new normal” and go back to life as it was.

ALSO READ: Majority of Urban Indians will Take Coronavirus Vaccine as Soon it is Available

ALSO READ: 6 Out of 10 Indians Feel Masks, Sanitizers Should be Used Until Everyone is Vaccinated

ALSO READ: 7 in 10 Urban Indians Are Ready to Get Back to Office Spaces, Reveals News18 Survey

Countries around the world, including United Kingdom, France, Germany, United States, Spain and many others, have started vaccinating their people against coronavirus.

India too finally got its vaccines against coronavirus when the Drugs Controller General of India (DCGI) formally approved Oxford-AstraZeneca and Bharat Biotech’s coronavirus shots. All eyes are now on the mammoth vaccination exercise set to get underway in the country.

In the first phase, the massive vaccination drive will cover almost as many people as the entire US population. The central government has identified 300 million people to receive the first doses of the vaccine. The priority group is made up of 30 million health care workers, policemen, soldiers and volunteers, and 270 million vulnerable people — mostly citizens above the age of 50 and 10 million others with serious comorbidities.

India will likely see the first shots against Covid-19 administered outside clinical trials by January 14. Union health secretary Rajesh Bhushan said the ministry is prepared to roll out the vaccine within 10 days from date of emergency use authorisation but added that the final decision lies with the government.

The survey conducted by YouGov in association with News18 further showed that a revival of the economy and an increase in job opportunities comes a close second in the hope list of Indians. The survey revealed that 36% of respondents are hopeful about the revival of the economic situation in the country in 2021.

According to a recent report by the World Bank, India’s economy is estimated to contract by 9.6 per cent in the fiscal year 2020-21 and the growth is expected to recover to 5.4 per cent in the same year.

In its Global Economic Prospects report, the World Bank said that the informal sector, which accounts for four-fifths of employment, has been subject to severe income losses during the COVID-19 pandemic.

The job market too has not been spared. As many as 21 million salaries jobs have been lost between April and August 2020 and unemployment levels are high, according Centre for Monitoring Indian Economy (CMIE).

The survey also revealed that 33% Indians are keen to return to a life without masks and face shields. To be honest, masks were an obsolete concept before the pandemic came along. Overnight, they became mandatory around the world. Today, you’ll probably think twice before even stepping out for a stroll without your mask.

Another 33% Indians would like to spend more time with their families and loved ones in 2021, revealed the News18-YouGov survey.

31% Indians would like to be able to travel more freely, both international and domestic, in 2021, found the survey. The tourism industry globally has been hit hard by the pandemic and subsequent travel restrictions that were imposed. Even now, many would think twice before hopping onto a plane for leisure. International travel is still in the initial stages of recovery with India recently banning travellers from the UK after the detection of a new strain of coronavirus.

Read more on travel rules between India and UK here.

In November 2020, Civil Aviation Minister Hardeep Singh Puri had said that air travel would reach pre-Covid levels by early 2021. A month later, the cap on the number of domestic flights that Indian airlines are permitted to operate was increased from 70 per cent to 80 per cent of their pre-COVID levels.

The ministry had resumed scheduled domestic passenger services after a long lockdown from May 25, after a gap of two months due to the coronavirus lockdown. However, the airlines were allowed to operate not more than 33 per cent of their pre-COVID domestic flights.

Going back to schools and offices also seem to be topping the list, as per the survey. Around 31% respondents in the survey conducted by News18-YouGov said that they would like to return to their workplaces and face-to-face classes.

Most of India’s professionals worked from home in 2020. Remote working presented itself in the disguise of an extended holiday and soon revealed itself to be the exact opposite of the vacation people had wished for – soon, it became more about fatigue, exhaustion, burnout, stress, irritation over Zoom calls and a craving for pre-Covid routines.

Popular to contrary belief, fatigue can be mental or physical. And during the pandemic, it’s a bit of both. People are over exhausted from an increase in workload, both in their places of work and at home. Moreover, there is the constant anxiety about the pandemic in the back of our minds.

A school in Pasadena, United States learned about the importance of face-to-face classes the hard way. They had been given a choice between going to school or online classes. Nearly half of the 50,000 students chose to stay home. The results after the autumn period of school were disappointing — 40 percent failed at least one subject, compared to 18 percent of those who attended class in person. In fact, the most important thing that Indian parents and students learned about the education system during the pandemic was how significant the emotional connect is.

There are a number of things to be hopeful for in 2021. However, most of it depends on the success of the mass vaccination drive that is about to start in the country. Will life really return to pre-Covid levels this year? Or will 2021 merely be an extension of the dreary year that went by?

For now, Indians are hopeful that 2021 is going to bring us new hopes. ​

Don't Miss it Serbia coronavirus protests: What are they actually about? | DW Information
Up Next Majority of City Indians will Take Coronavirus Vaccine as Quickly it’s Accessible: Information18 Survey