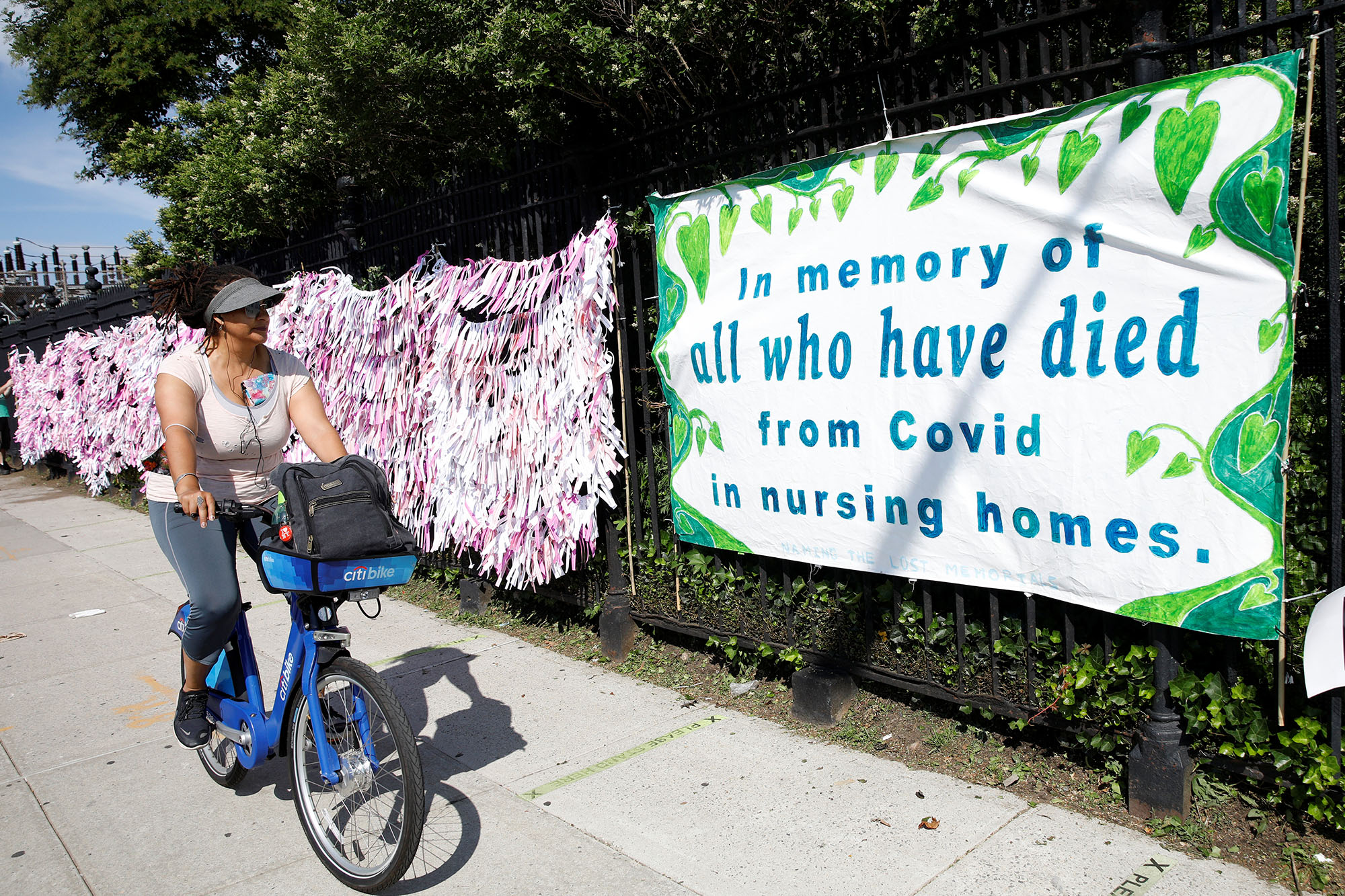 Life expectancy in the US fell by a year and a half in 2020 to 77.3 years — the lowest level since 2003, the Centers for Disease Control and Prevention announced Wednesday.

Deaths from COVID-19 largely contributed to the drop, accounting for 73.8 percent of the decline in life expectancy, according to researchers with the CDC.

It is the largest one-year decline since World War II, when life expectancy fell 2.9 years between 1942 and 1943, and is six months shorter than its February 2021 estimate, according to the agency.

“Life expectancy has been increasing gradually every year for the past several decades,” CDC researcher Elizabeth Arias, who worked on the report, told Reuters.

More than 3.3 million Americans died in 2020, far more than any other year in US history, with COVID-19 accounting for about 11 percent of the fatalities.

COVID-19 and drug overdoses were major contributors to the decline in life expectancy.REUTERS

The CDC also cited drug overdoses as a major contributor to the decline.

Racial, gender and ethnic disparities also worsened during the period, according to the report. Life expectancy for blacks fell by 2.9 years to 71.8 in 2020, the lowest level since 2000.

Mary Virginia Mandola holds a picture of her husband, Vincent, who died of COVID-19.REUTERS

Life expectancy for Hispanic males dropped 3.7 years to 75.3, the largest drop of any group.

Meanwhile, the disparity in life expectancy between men and women also widened last year, with women now expected to live 80.2 years, or 5.7 years longer than men.

The abrupt fall is “basically catastrophic,” said Mark Hayward, a University of Texas sociology professor who studies changes in mortality in the country.

More than 3.3 million Americans died in 2020, with COVID-19 accounting for about 11 percent of the fatalities.Corbis via Getty Images

That actually diminished the pandemic’s toll on life expectancy at birth, which is affected more by deaths of younger adults and children than those among the elderly.

That’s why last year’s drop was just half as much as the three-year decline between 1942 and 1943, when young soldiers were dying in the war — and it was just a fraction of the drop between 1917 and 1918, when World War I and a Spanish flu pandemic ravaged younger generations.

Some experts have pointed out that many people have already died from COVID-19 this year, while variants of the bug are spreading among unvaccinated Americans — many of them younger adults.

“We can’t. In 2021, we can’t get back to pre-pandemic” life expectancy, said Princeton University researcher Noreen Goldman.

How Covid-19 is Taking part in Cupid