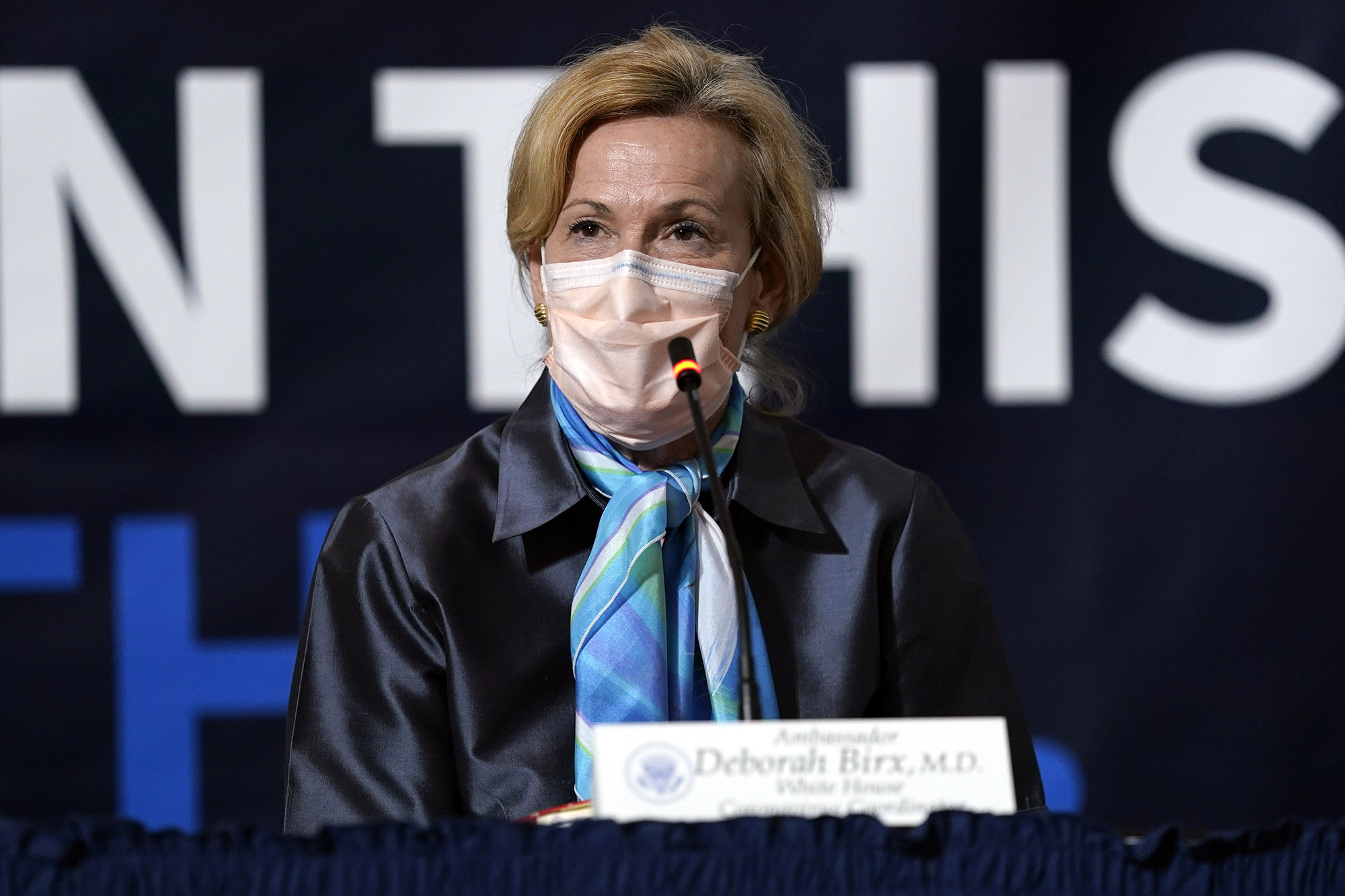 Dr. Deborah Birx, the White House coronavirus task force coordinator, said the US is in a “new phase” of the pandemic – with the outbreak more widespread than when it first swept across the US, according to a report.

“What we are seeing today is different from March and April. It is extraordinarily widespread. It’s into the rural as equal urban areas,” Birx said Sunday on CNN’s “State of the Union.”

She urged Americans to follow public health recommendations, including wearing a mask and practicing social distancing.

“To everybody who lives in a rural area, you are not immune or protected from this virus,” Birx said. “If you’re in multi-generational households, and there’s an outbreak in your rural area or in your city, you need to really consider wearing a mask at home, assuming that you’re positive, if you have individuals in your households with comorbidities.”

She added: “This epidemic right now is different and it’s more widespread and it’s both rural and urban.”

The US has surpassed 4.6 million confirmed cases of the illness, with more than 154,000 deaths, according to data from Johns Hopkins University.

Cases have recently surged across many Southern and Western states, and White House task force members have warned of emerging hot spots in the Midwest.

The latest ensemble forecast, published by the Centers for Disease Control and Prevention, projects the US could record between 168,000 to 182,000 total deaths by Aug. 22.

Birx would not provide a projection of how many deaths the US would see by the end of year, saying the death toll largely depends on southern and western states to maintain and enhance their mitigation efforts.

A shopper wears face masks as she leaves a Walmart retail store in Vernon Hills, Ill.

On June 16, Vice President Mike Pence, who heads the coronavirus task force, wrote in a Wall Street Journal op-ed that the US was “winning the fight” and that there “isn’t a ‘second wave.’”

Birx did not address his claims during her Sunday interview.

Birx also was asked if schools in states with a 5 percent positivity rate should remain closed or have online learning only.

“If you have high caseload and active community spread, just like we are asking people not to go to bars, not to have household parties, not to create large spreading events, we are asking people to distance learn at this moment so we can get this epidemic under control,” she replied, but deferred to CDC guidelines on schools.