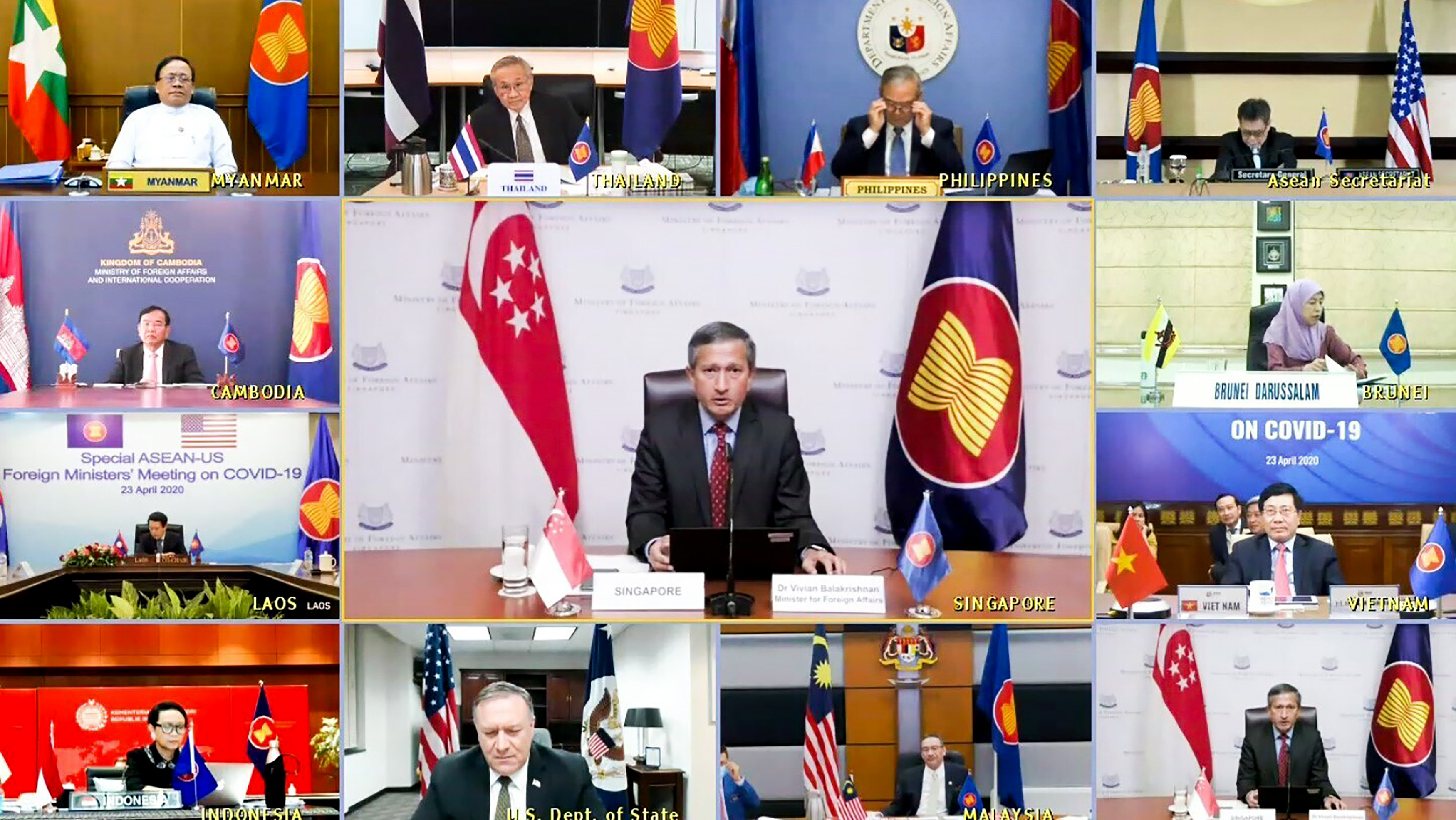 BANGKOK (AP) — U.S. Secretary of State Mike Pompeo told his Southeast Asian counterparts on Thursday that China is taking advantage of the world’s preoccupation with the coronavirus pandemic to push its territorial ambitions in the South China Sea.

Pompeo made the accusation in a meeting via video to discuss the outbreak with the foreign ministers of the 10-member Association of Southeast Asian Nations.

Beijing’s expansive territorial claims in the South China Sea conflict with those of ASEAN members Vietnam, Brunei, Malaysia, the Philippines and Indonesia, and are contested by Washington, which has an active naval presence in the Pacific.

“Beijing has moved to take advantage of the distraction, from China’s new unilateral announcement of administrative districts over disputed islands and maritime areas in the South China Sea, its sinking of a Vietnamese fishing vessel earlier this month, and its ‘research stations’ on Fiery Cross Reef and Subi Reef,” Pompeo said.

He also accused China of deploying militarized ships to intimidate other claimant countries from developing offshore gas and oil projects.

Most other participants focused in their statements on health, economic and social problems resulting from COVID-19, the disease caused by the virus.

“The Foreign Ministers exchanged views on the COVID-19 situation in their respective countries, as well as information and best practices on dealing with the outbreak from a public health perspective,” Singapore said. “They noted the grave socio-economic impact of COVID-19, and emphasized the need for ASEAN and the U.S. to work closely together on a forward-looking approach to address post-pandemic economic recovery.”

Pompeo thanked Vietnam, Malaysia and Cambodia for their material aid in fighting the outbreak and noted U.S. financial assistance.

“To date, the United States has released more than $35.3 million in emergency health funding to help ASEAN countries fight the virus, building on the $3.5 billion in public health assistance provided across ASEAN over the last twenty years,” he said, announcing also a new project to promote ASEAN health security through research, public health and training.

Pompeo also called on China to close its wildlife markets. It is generally believed the coronavirus originated at one such “wet market” in Wuhan in China, though blame for the epidemic has become a hot debate between Beijing and Washington.

Pompeo said the U.S was also concerned by a recent scientific report “showing that Beijing’s upstream dam operations have unilaterally altered flows of the Mekong,” endangering the livelihoods of tens of millions of people living downstream in Laos, Thailand, Cambodia and Vietnam.

Spitting in ‘Posh’ Delhi Areas like Khan Market Can Value You Rs 1,000 in Nice Resulting from Covid-19