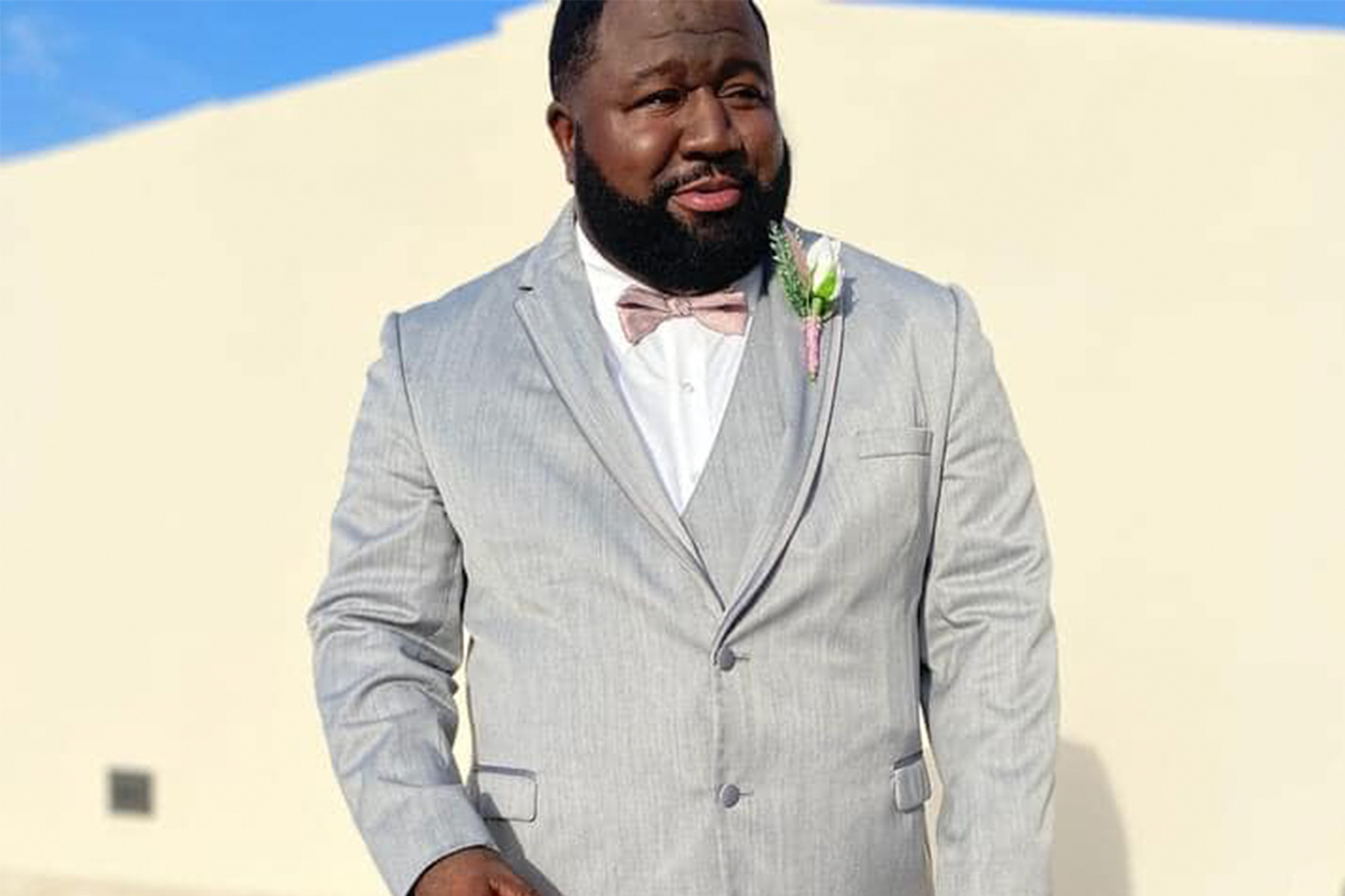 Baker police Lt. Demarcus Dunn, 36, succumbed to the virus Aug. 13, the day before the father of three was set to walk down the aisle with fiancée Francine James, The Advocate reported.

The pair was set to get hitched in July 2020, but the ceremony was postponed to Aug. 14 because of the pandemic, said Baker’s police chief and Dunn’s cousin, Carl Dunn, to ABC News.

“She’s lost without him,” the chief said of James.

Dunn — an Air Force veteran who was named Baker’s Officer of the Year in 2016 — tested positive in late July. He was not vaccinated despite being required to get the immunization by the department, Carl Dunn said.

Lt. Dunn initially had trouble breathing along with a headache and a cough, but he “always sounded upbeat” — even earlier in the day on Aug. 10, when he was put on a ventilator, the chief said.

But Lt. Dunn, who spent his free time coaching youth football and basketball in the town of 12,000, was never taken off the ventilator.

Lt. Demarcus Dunn initially had trouble breathing along with a headache and a cough, but he “always sounded upbeat.”Baker Police Department/Facebook

A memorial service for Lt. Dunn was held Friday. He was buried at Louisiana National Cemetery — and masks were required, department officials said. He leaves behind three children, ages 1, 5 and 13.

Dunn’s cousin, Trina Dunn-Lindsey, said they both lost their fathers at a young age, but he later became a surrogate parent of sorts to many youngsters throughout the community, touching countless lives.

“This one hurts so bad,” Dunn-Lindsey said.

Cousin and chief Carl Dunn said “it was disturbing to me that he hadn’t gotten [the vaccine].”Baker Police Department/Facebook

More than 12,000 people in Louisiana have died from COVID-19, and those who are not fully vaccinated account for 91 percent of patients currently hospitalized with the virus, according to state Department of Health data.

Just 40 percent of Louisiana residents statewide are fully vaccinated, data from the Centers for Disease Control and Prevention shows. Only Arkansas, West Virginia, Idaho, Wyoming, Mississippi and Alabama have equal or lower rates. Vermont, meanwhile, leads the nation at 67.5 percent, followed by Massachusetts at 65.4 percent.

Don't Miss it US COVID-19 deaths skyrocket 23 % over earlier week
Up Next After three months of investigations, the intelligence neighborhood nonetheless cannot decide the origin of COVID-19