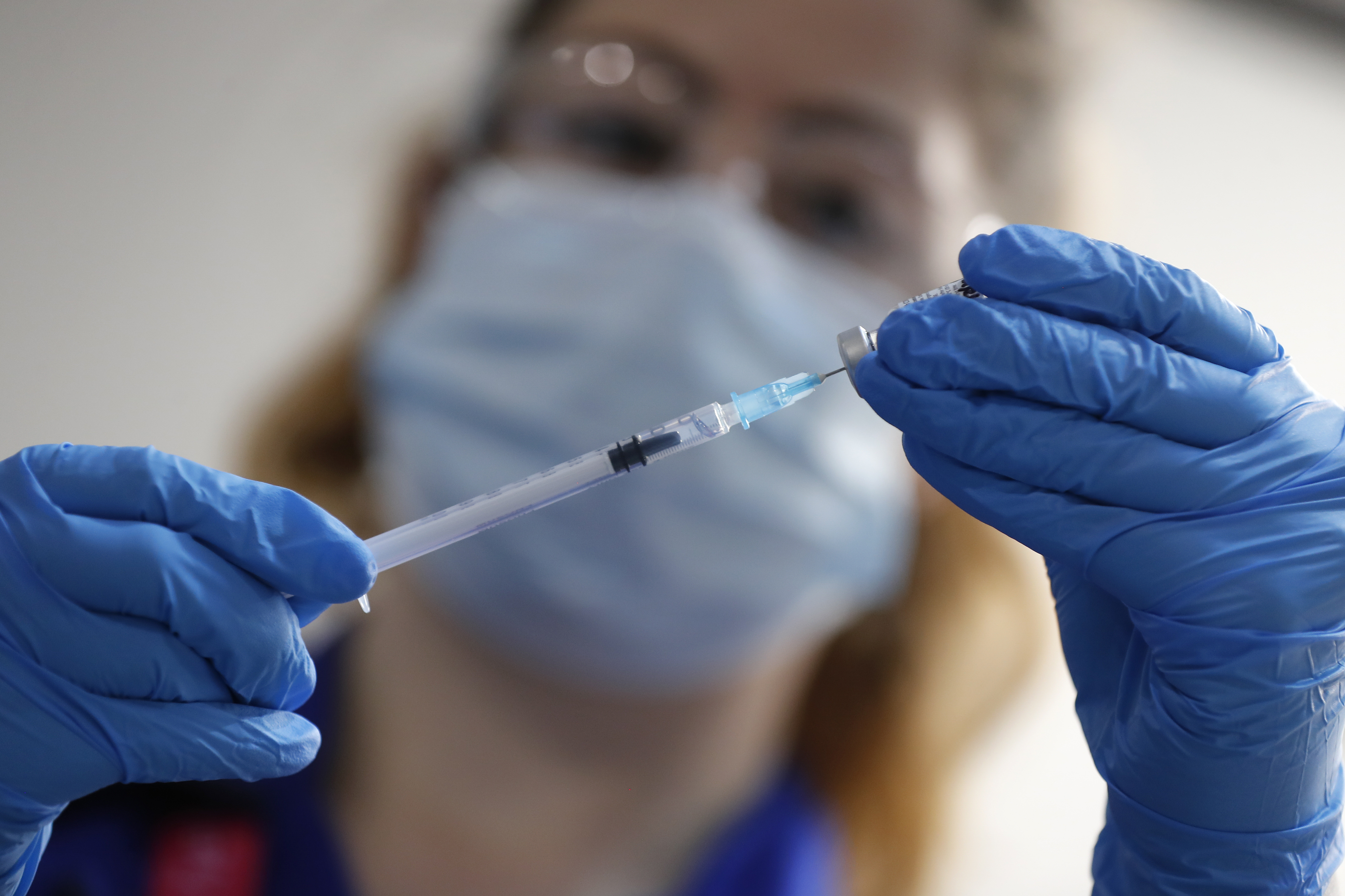 Two people who were jabbed with Pfizer’s recently-approved coronavirus vaccine in the UK had to be treated for serious adverse reactions — leading to warnings that those with “significant” allergies may not be able to get it.

The unidentified duo — both staff in the UK’s National Health Service (NHS) — needed treatment for an “anaphylactoid reaction” Tuesday after they were among the first in the world to get the shot.

They both had serious reactions, but recovered after treatment, the NHS said.

The pair both had a history of allergic responses, and each carried an adrenaline shot — sometimes called EpiPens — used to save people from potentially fatal reactions.

The Medicines and Healthcare products Regulatory Agency (MHRA) immediately issued precautionary advice against vaccinating anyone with a history of “significant” allergic reactions to medicines, food or vaccines.

The medical regulator also said vaccinations should be carried out only in facilities that have resuscitation equipment.

“Two people with a history of significant allergic reactions responded adversely yesterday,” said professor Stephen Powis, national medical director for the NHS in England, adding that “both are recovering well.”

“The MHRA have advised on a precautionary basis that people with a significant history of allergic reactions do not receive this vaccination,” he said, insisting the advice was “common with new vaccines.”

The head of the regulatory agency, Dr. June Raine, noted the adverse responses to the vaccine while reporting to a Parliament committee Wednesday.

“We know from the very extensive clinical trials that this wasn’t a feature,” she said.

“But if we need to strengthen our advice, now that we have had this experience with the vulnerable populations, the groups who have been selected as a priority, we get that advice to the field immediately.”

A nurse prepares a shot of the Pfizer-BioNTech COVID-19 vaccine at Guy’s Hospital in London.AP

Pfizer and BioNTech said they were working with investigators “to better understand each case and its causes.″

Stephen Evans, a professor of pharmacoepidemiology at the London School of Hygiene & Tropical Medicine, said it should not alarm the general public.

“For the general population, this does not mean that they would need to be anxious about receiving the vaccination,” he said.

“One has to remember that even things like marmite can cause unexpected severe allergic reactions.”