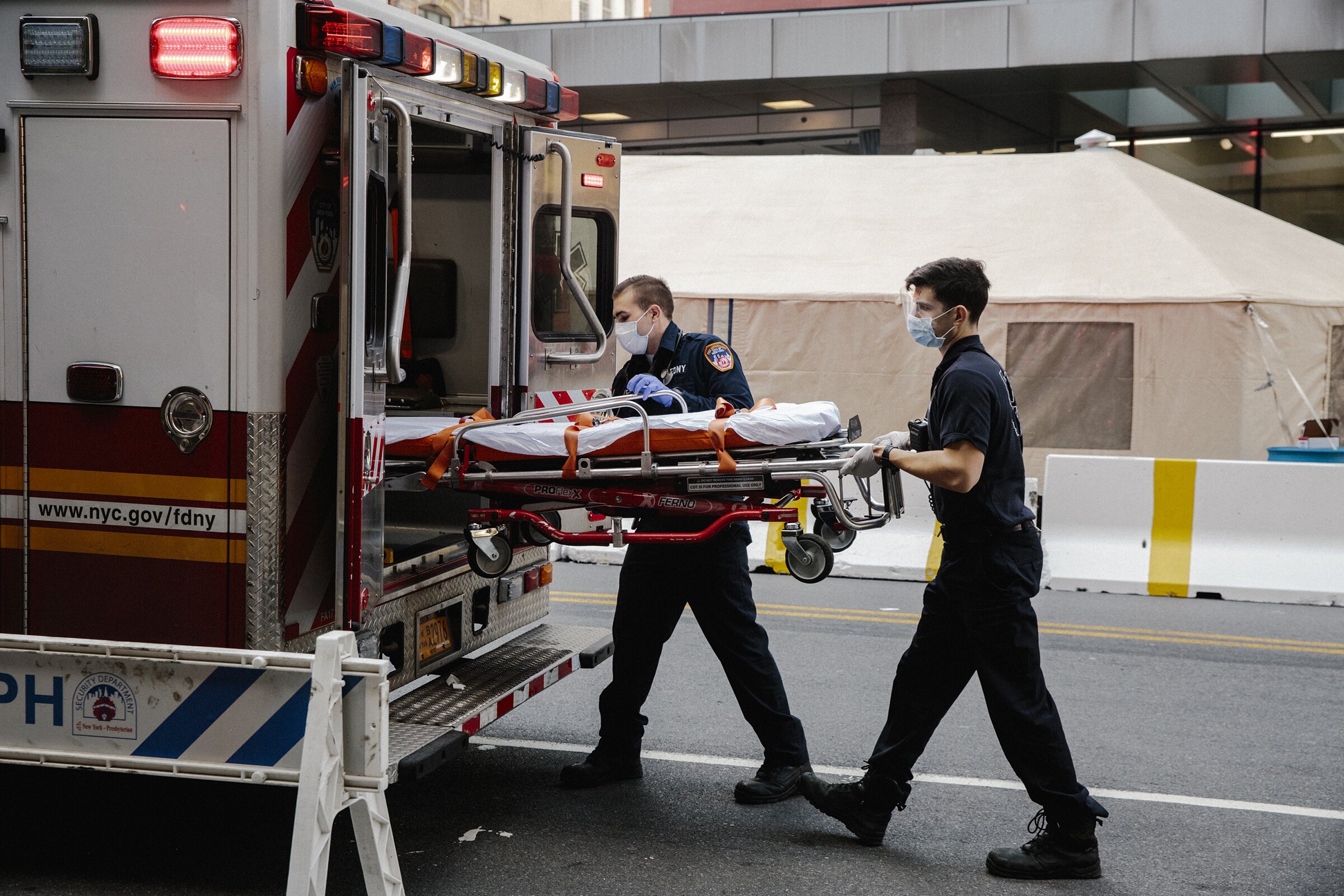 COVID-19 remains an ongoing threat and the U.S. has just reached a tragic milestone in the pandemic that may not get much attention. The COVID-19 death rate in the U.S. has now passed 340 per million residents, just over 100 times the rate in China.

Let that sink in: The death rate from COVID-19 in the U.S. is 100 times greater than it is in China, where the virus first emerged in humans and where the Trump Administration claims the blame should lie for letting the pandemic get out of hand.

And it’s not just China that kept its death rate low. Austria, Germany, and Greece have significantly lower per-capita mortality rates than the U.S. In the East Asia and Pacific region, Australia, Hong Kong, Mongolia, New Zealand, Singapore, South Korea, Taiwan, and Thailand were all able to keep their COVID-19 fatalities below 7 deaths per million residents. Vietnam, with a population of 96 million, has suffered no reported deaths at all. Countries that acted early and effectively on the available information were able to avoid the worst of the pandemic.

Let’s start with China, where the first suspected case of COVID-19 emerged on Dec. 8, 2019. By Dec. 31, Chinese authorities had informed the World Health Organization (WHO) about the threat. By Jan. 12, Chinese scientists had identified the virus that causes the illness and shared its genetic sequence with the world so that all countries could develop COVID-19 tests and begin working on a vaccine.

Shortly thereafter, China orchestrated a massive lockdown with school and office closures and strict stay-at-home orders centered around Wuhan, the capital of Hubei province, where the outbreak emerged, even as many around the world decried the actions as draconian. Chinese health officials ramped up testing and contact tracing to isolate new cases of the disease, built temporary medical facilities to hospitalize COVID-19 patients, and deployed some 42,000 doctors and nurses to Wuhan. These steps controlled the virus’ spread within Hubei, buying time for other parts of the country to prepare. To date, just 16% of China’s COVID-19 cases have occurred outside Hubei.

Of course, the number of reported deaths in China may well be an undercount. This number has been revised upwards at least once before, and it is likely to remain in flux for some time. But this under-counting and flux are also true for the U.S. Even with under-counting, the fact remains that China’s death rate is of the order of 100 times lower than the U.S. rate.

The response by China was not without reproach. Local Chinese governments initially under-reported cases, and there is strong evidence that they also suppressed medical providers who sought to alert others to the virus’ transmissibility. These are serious allegations that merit scrutiny and criticism.

Other countries in the East Asia and Pacific region that kept their death rates low used similar control measures to those used by China. They also launched aggressive “test and trace,” social distancing, and mask-wearing campaigns. The U.S., meanwhile, squandered its opportunity to get ahead of the virus. For at least six weeks after the first cases of COVID-19 arrived in the U.S., the federal government—and most state governments—made no attempt to put in place measures like stay-at-home orders, aggressive testing, isolation, contact tracing, or quarantine. Financial barriers to isolation and care remain. This sluggish response gave the virus weeks to spread unfettered and virtually undetected.

The result? The U.S. now has the most COVID-19 cases and the most deaths of any country in the world. The two hardest hit states have been New York (almost 3 in 10 U.S. deaths) and New Jersey (1 in 10 deaths). Even when controlling for population size, the U.S. remains among the countries with the highest number of new cases and new deaths per day – in the company of Brazil, Russia, and Sweden.

Unfortunately, we see little sign that the federal government is mounting the kind of urgent, nationwide, coordinated approach that is needed to reverse current trends. The White House coronavirus testing czar, Admiral Brett Giroir, is standing down, and there are no plans to replace him, even though the U.S. falls woefully short of the number of daily tests that are needed to safely end social distancing. While we are now conducting almost 500,000 tests daily, Harvard researchers concluded that somewhere in the range of 1-10 million tests are needed. Similarly, there is nowhere nearly enough contact tracing in place to get the U.S. epidemic under control. If we assume that five contact tracers are needed for every daily new case (a conservative estimate), only eight states have sufficient tracers.

The U.S. now faces the dual challenges of safely reopening society and of bringing the epidemic under control. The patchwork of varying state policies and often-contradictory messaging about safety measures, including face masks and social distancing, may well amplify the harms to human health and the economy resulting from a much-delayed initial response.

The data from China and other countries show that severe loss of life is not inevitable in this pandemic. Countries such as Greece, New Zealand, and Vietnam deploy varying strategies, but common ingredients are early and strong political commitment, a science-based approach, and close adherence to WHO guidelines for testing, contact tracing, and effective isolation measures.

The hard truth in the U.S.’s sobering death rate during this pandemic is that a great many of those deaths were preventable. Countries that took swift, coordinated action have been largely able to avoid the worst effects of the virus, save thousands of lives, and start to reopen their economies, even though no country is avoiding the inevitable economic pain. The U.S., on the other hand, continues to waste valuable time. Unless it aggressively implements the lessons to be learned from successful nations, we fear the U.S. death rate may rise to 200 times that of China.

Why Does Covid-19 Result in a Lack of Scent? Harvard Scientists Have an Reply

Business booming for psychics and astrologers amid coronavirus