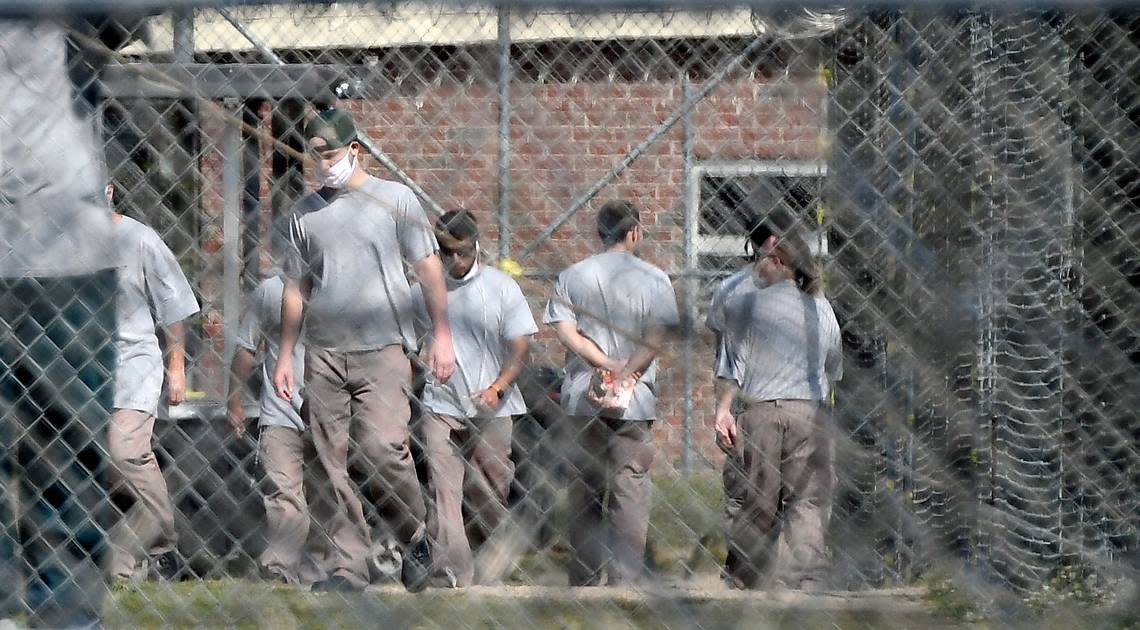 Two inmates in North Carolina prisons have died due to complications associated with COVID-19, the state Department of Public Safety reported Monday.

One was a man in his mid-30s incarcerated at Central Prison. He tested positive for COVID-19 on April 28 and was hospitalized on May 3. His symptoms worsened over the following days, and he died on Friday, according to DPS.

The other was at Caledonia Correctional Institution in Halifax County — a man in his early 50s. He died on Saturday after testing positive on March 21. He had been hospitalized since March 26.

Their names won’t be released to respect the families’ right to privacy, DPS said.

Both inmates had pre-existing medical conditions, according to DPS.

Since the pandemic began in March 2020, 55 people incarcerated at state prisons have died due to COVID-19, including six at Central Prison, according to the most recent data from DPS.

The first COVID-19 death among those incarcerated at state prisons was reported in April of last year at the medium-security Pender Correctional Institution north of Wilmington, the Charlotte Observer reported.

“We are working hard in our ongoing efforts to mitigate the impact of COVID-19 in our prisons. The health and safety of the staff and the offenders is our top priority,” said Todd Ishee, state commissioner of prisons, in a press release. “We strongly encourage all offenders to elect to be vaccinated. It’s very important.”

Among those incarcerated, 2,227 have received at least one dose of a COVID-19 vaccine, and over 14,000 are fully vaccinated.

More than 10,000 have tested positive since the pandemic began in North Carolina. Among those, nearly 8,000 are presumed to have recovered from the virus.

There are 19 active coronavirus cases and one COVID-19-related hospitalization among those currently incarcerated in state prisons.

COVID metrics for those incarcerated in state prisons do not include figures from country or federal prisons.

Figures for tests, cases, hospitalizations and deaths also do not include those on probation or parole, only those currently incarcerated in state prisons.

The state announced in February that 3,500 incarcerated in state prisons will be released as part of a settlement in a lawsuit challenging prison conditions during the pandemic, The N&O reported in February.