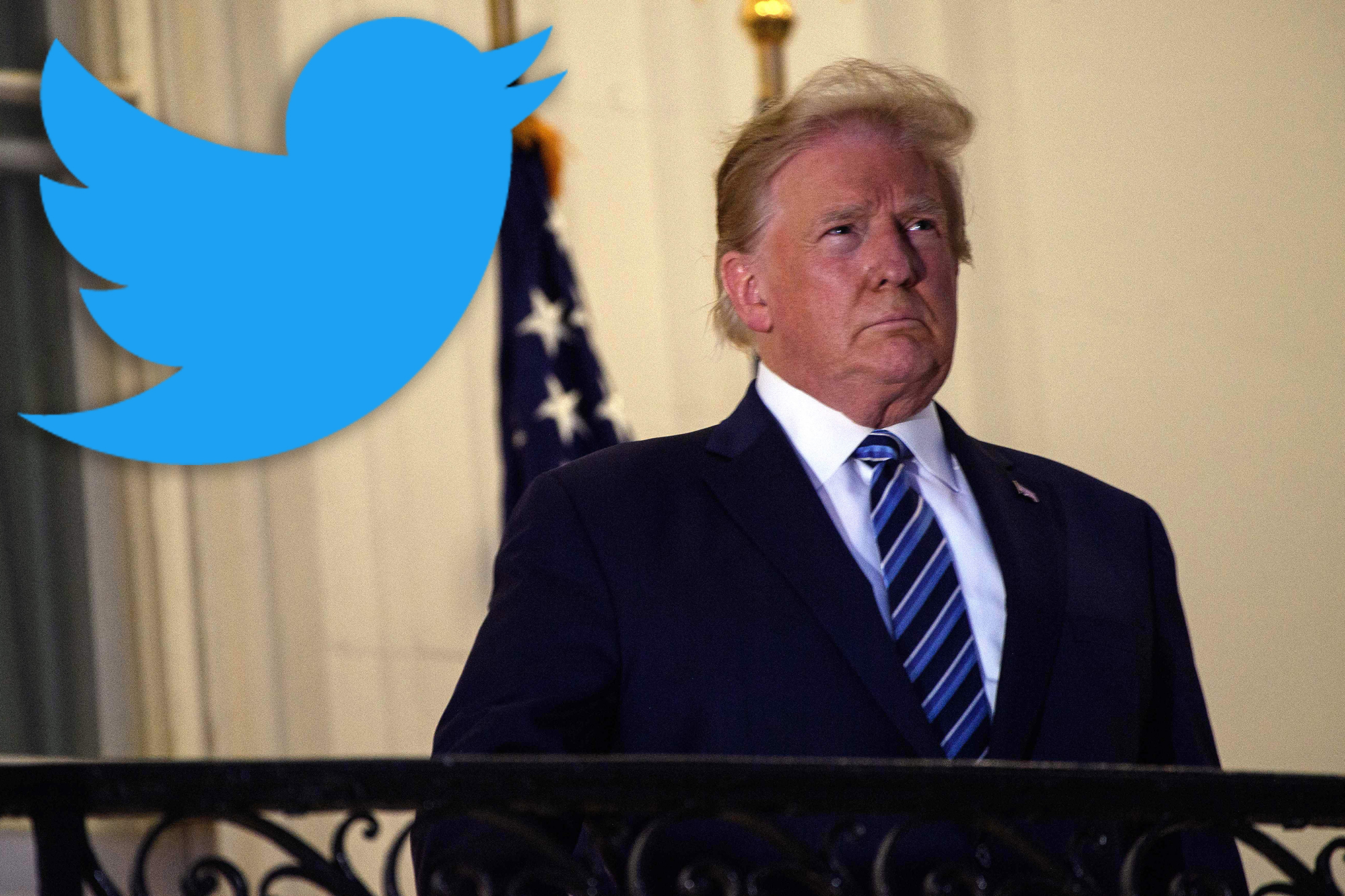 WASHINGTON — Twitter masked another one of President Trump’s tweets on Tuesday, accusing him of spreading “misleading and potentially harmful information” about the coronavirus pandemic.

The commander-in-chief tweeted Tuesday morning after being released from the hospital and in one missive, warning Americans that they would need to learn to live with COVID-19 and that the US economy would not be shut down again.

“Flu season is coming up! Many people every year, sometimes over 100,000, and despite the Vaccine, die from the Flu,” Trump wrote shortly after 8 a.m.

“Are we going to close down our Country? No, we have learned to live with it, just like we are learning to live with Covid, in most populations far less lethal!!!” he went on.

The social media giant slapped the tweet with a label that says it “violated the Twitter Rules about spreading misleading and potentially harmful information related to COVID-19.”

Trump, who is recovering after a three-day stay in the hospital with the disease, has been at war with Twitter since May, when executives at the company began policing their most famous user’s tweets and accused him of “glorifying violence.”

The missive is a warning shot to social media giants that are given legal liability protections by Section 230 of the Communications Decency Act, which stipulates they are not responsible for the material published on their networks.

The president has sought to repeal that measure and has signed an executive order that would begin a review of laws that protect Twitter, Facebook and Google from responsibility for posts from users on their sites.

“We can’t let this continue to happen, it’s very, very unfair,” he declared.

While Facebook CEO Mark Zuckerberg has said he doesn’t think social media platforms should be fact-checking political speech, Twitter has taken the unprecedented step of masking and censuring the president’s tweets.

The company made the move of labeling two of the president’s tweets as “promoting misinformation” in May after he claimed mail-in voting would cause rampant fraud and result in a “rigged election,” adding fact-checking links to the memos.

Twitter has also placed a “public interest notice” on another of Trump’s tweets about protesters in Minneapolis, saying it promoted the “the glorification of violence.”

It has also repeatedly removed messages from the president that included photos or videos that were subject to copyright claims from their owners, or memes that the platform deemed “manipulated media.”

Supporters of the commander-in-chief have accused Twitter executives of being politically motivated and singling out the president.

Don't Miss it Photograph of 20,000 Empty Chairs for Covid-19 Deaths within the US is Grim Reminder of the Sheer Magnitude
Up Next Donald Trump’s Covid-19 Therapy is a Far off Dream for an Common American Affected person