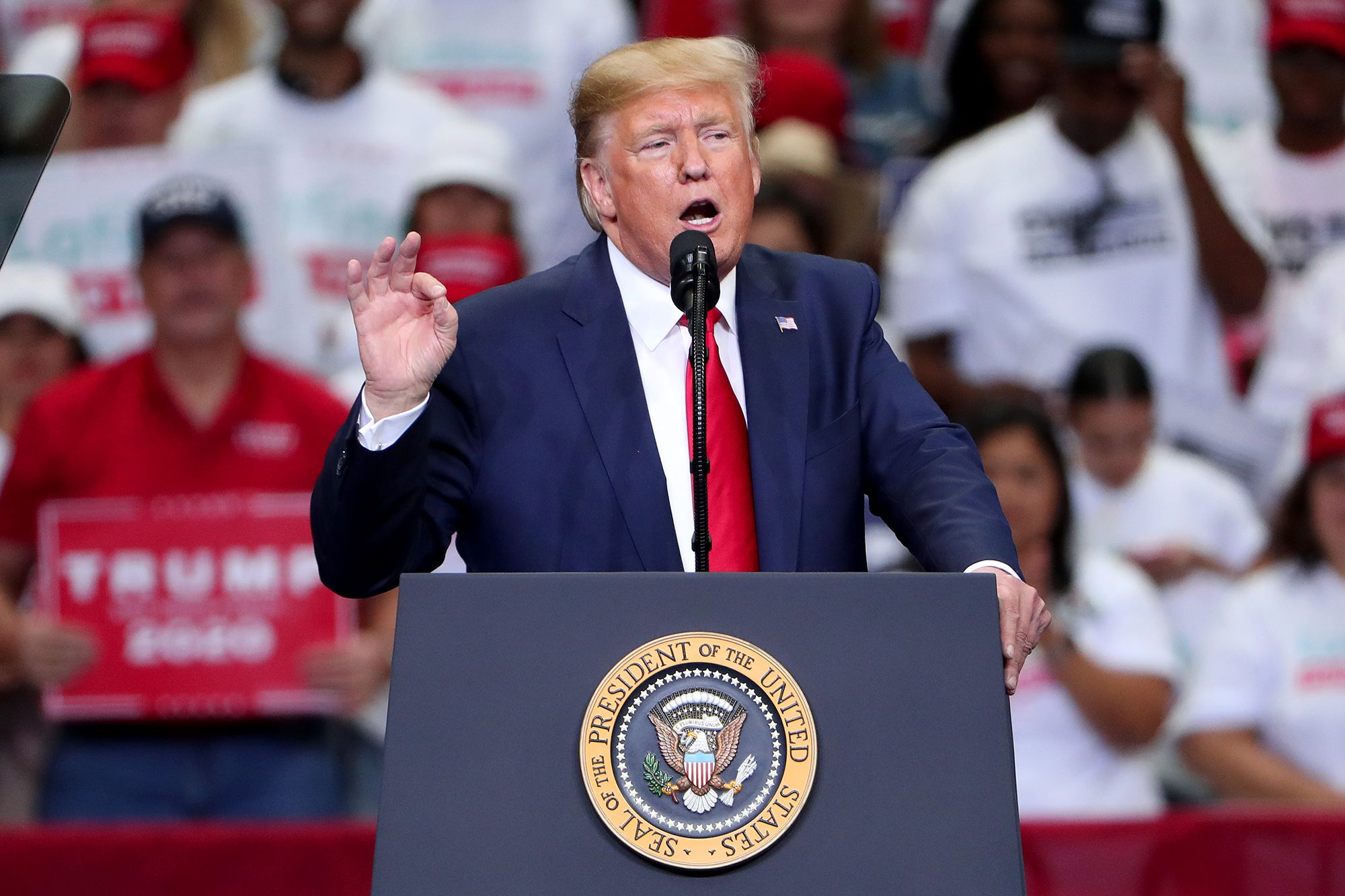 Tulsa is bracing for the impact of a perfect political storm Saturday.

President Trump, itching to get back on the campaign trail after 16 weeks away, is headed there for his first “Make America Great Again” rally since March 2 — as the coronavirus pandemic grinds on and anti-police protesters threaten to converge on Oklahoma’s second-largest city.

“My campaign hasn’t started yet,” Trump tweeted. “It starts on Saturday night in Oklahoma!”

The Trump team has touted more than a million ticket requests from supporters eager to leave COVID-19 shutdowns behind them. An outdoor stage will accommodate bands and speakers to entertain the overflow crowd for the scheduled 7 p.m. (EDT) rally — and perhaps a second speech from Trump an hour later.

“I’d love to let him know we’re here for him. We want to show our support,” said Robin Stites, who told The Oklahoman she’d been waiting in line since Monday to snag a rally seat.

Trump has taken a barrage of criticism since announcing his rally plans last week.

The event was switched from June 19 to Saturday to avoid conflicting with Juneteenth, a celebration of the emancipation of slaves after the Civil War. But activists also decried Trump’s selection of Tulsa — where a white mob destroyed a black neighborhood and massacred residents in 1921 — as an insensitive choice.

Tulsa Mayor G.T. Bynum imposed a curfew Thursday after learning that “individuals from organized groups” planned to spark mayhem outside the 19,000-seat Bank of Oklahoma Center.

Bynum rescinded the order on Friday at the Secret Service’s request.

The potential spread of coronavirus at the rally has also provoked outcry. Local health officials pointed to an uptick in reported cases, with 352 new COVID-19 patients reported statewide on Friday and three deaths. A total of 367 Oklahomans have died of COVID-19 in a state that has seen fewer than 10,000 cases.

Republican Gov. Kevin Stitt pooh-poohed those worries, saying that the state’s new cases are merely the result of aggressive testing.

“It’s the 18-to-35 group that we’ve seen a slight increase, but they’re asymptomatic,” Stitt told Trump at a White House meeting Thursday. “We’ve seen a steady decline in the hospitalizations,” down to 211 from a March peak of 560.

Rallygoers will undergo a temperature check and will be given hand sanitizer and face masks — but won’t be required to wear them, the Trump campaign has said.

“The Democrats don’t want to open,” Trump told The Washington Times on Thursday. “They don’t want me to have the rally.”

But, he said, the massive George Floyd protests around the nation justified holding an event of his own.

“You know, the protesters — there were thousands of them walking down Fifth Avenue,” he said.

The CDC issued new recommendation saying fabric masks shield the wearer from COVID-19 an infection. It isn’t that easy.