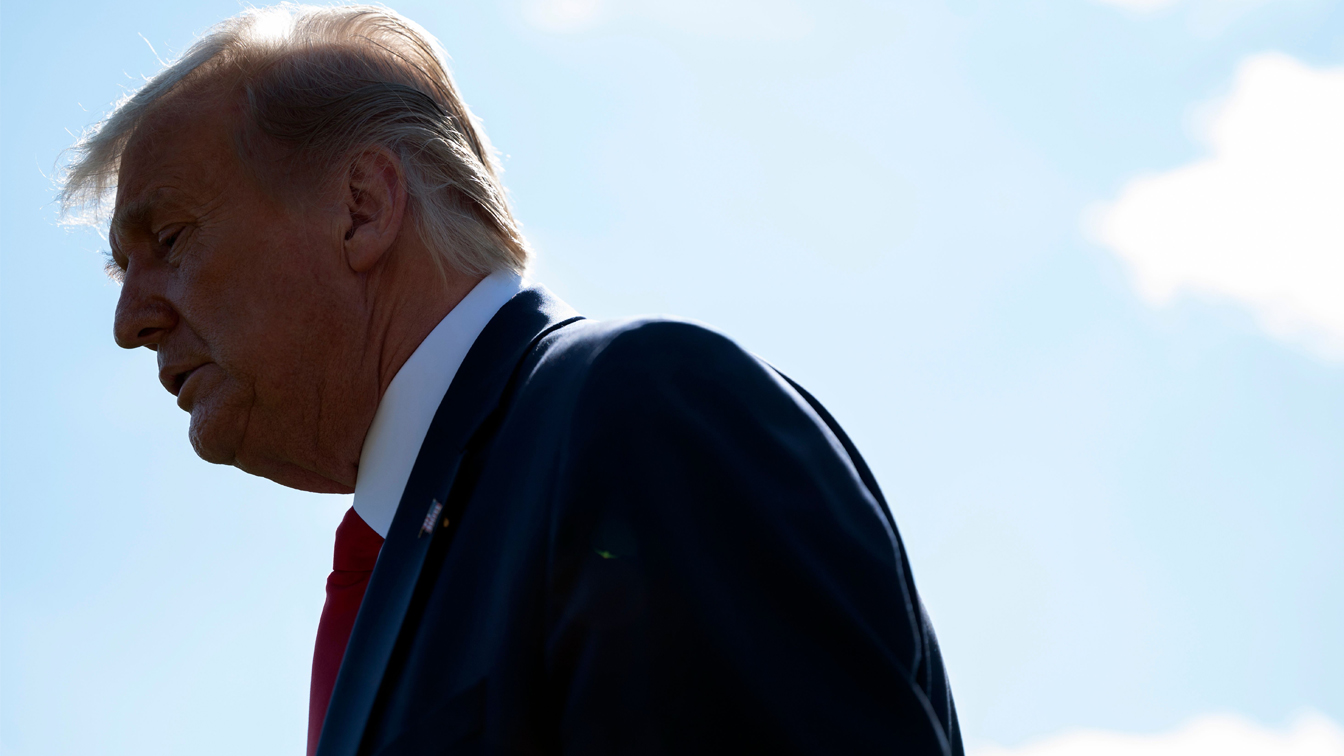 President Trump’s positive test for COVID-19 threw the presidential campaign into confusion with just over a month before Election Day.

Among the many questions that immediately arose, the most serious revolved around what happens to the nation’s government if a nominee for president is incapacitated or dies so close to an election. That has never happened before in American history.

And with Democrat Joe Biden’s prolonged exposure to Trump during the debate on Tuesday night, Democrats also face similar questions.

President Trump walks to Marine One on the South Lawn of the White House on Wednesday. (Andrew Caballero-Reynolds/AFP via Getty Images)

Each party’s committee, the Republican National Committee and the Democratic National Committee, has the authority to reconvene its members (the RNC has 168 and the DNC has 447) and pick a new nominee. But with time so short before the election, there would be little likelihood of them picking anyone other than Trump’s and Biden’s running mates: Vice President Mike Pence and Sen. Kamala Harris, respectively.

The problem is that each state has already printed out its ballots, and in fact more than 2.2 million Americans have already voted. Untold millions of ballots have also already been mailed to voters across the country.

In other words, the horse appears to be out of the barn when it comes to the candidates on the ballot. There’s no reprinting them.

If either Trump or Biden were incapacitated or died, voters would likely go to the polls or send in their mail ballots and use Trump’s or Biden’s name as a proxy for the vice presidential candidates, meaning to signal their support for Pence or Harris.

But that’s not a certainty. In fact, this scenario would open the door to potential intervention in the election by some state legislatures.

Rick Hasen, a law and political science professor at the University of California, Irvine, wrote late Thursday, “There would be a question if legislatures would allow presidential electors of each state to vote for someone other than the deceased candidate.”

And only some states have laws stating that ballots cast for a deceased or incapacitated candidate will count for a replacement.

“Perhaps the legislatures would seek to appoint electors directly. This could lead to a whole lot of mischief if, say, the Pennsylvania Republican legislature tried, over the Democratic governor’s objection, to appoint electors to vote for Pence (if it were Trump who could no longer be a candidate) despite a vote for the people of Pennsylvania for Biden over Trump,” Hasen wrote.

Richard Pildes, a New York University law professor who is an expert on election law, wrote in August that “it is unclear if states can constitutionally do this.”

“We also don’t know if courts would get involved to decide that issue. Moreover, since Congress ultimately decides which electors’ votes to count, Congress might become a central player and decide what counts as a valid electoral vote in the various circumstances this scenario might unleash,” Pildes said.

If there was disagreement within either party on who to choose as a replacement, that would present a whole host of other problems.

The second-biggest question is: What happens to campaign travel and to the debates that are upcoming?

Biden was scheduled to travel to Michigan on Friday for a campaign event, but those plans were put on hold as he and his wife, Jill, were tested and waited for the results.

Both Bidens tested negative Friday, and it was reported that their trip to Michigan would go forward.

Biden is set to travel on Monday with his wife to Florida. And he and Harris are set to embark on their first joint trip to Arizona next Thursday.

But the nature of COVID-19, with its lengthy period between contraction and manifestation, complicates the attempt to plan out how safe a debate in just a few days might be.

And will the president, if he does not fall seriously ill, quarantine for an extended period? The Centers for Disease Control and Prevention recommends a 10-day isolation period if a person contracts COVID-19 and shows symptoms, and the New York Times reported Friday morning that Trump had mild cold-like symptoms.

That would prevent him from holding any public events or campaign rallies until Oct. 12. But it might not prevent him from participating in the second presidential debate, which is scheduled for Oct. 15.

Many questions remained about the protocols in place at the debate this past Tuesday. A senior Biden campaign adviser told CNN Friday morning that the White House did not alert the Biden campaign of possible exposure, but it seems to not believe the staff is at high risk because “we were never near them.”

But most members of the Trump family who sat in the audience refused to wear masks for the entirety of the event, in violation of protocols at the venue. And while Trump and Biden were more than 6 feet apart onstage, there was a lot of yelling, which medical experts say can potentially spread the virus over even greater distances.

Democratic presidential nominee Joe Biden and his wife, Jill, speak to the press before boarding their train on Wednesday in Cleveland. (Roberto Schmidt/AFP via Getty Images)

Trump, in fact, mocked Biden for his mask wearing during the COVID-19 crisis. “I put a mask on when I think I need it,” Trump said. “I don’t wear a mask like [Biden]. Every time you see him, he’s got a mask. He could be speaking 200 feet away from it, and he shows up with the biggest mask I’ve ever seen.”

“Well, masks make a big difference,” Biden responded. “His own head of the CDC said if we just wore masks between now — if everybody wore a mask and social distanced between now and January, we’d probably save up to a hundred thousand lives. It matters. It matters.”

Trump replied: “And they’ve also said the opposite.”

“No serious person has said the opposite,” Biden replied. “He’s been totally irresponsible the way in which he has handled the social distancing and people wearing masks, basically encouraged them not to. He’s a fool on this.”

Biden and Harris have both kept almost total physical separation from one another since the Democratic convention in August. The last time they were together was before Tuesday’s debate, on Sept. 25 at a memorial for Supreme Court Justice Ruth Bader Ginsburg.

Biden campaign manager Jen O’Malley Dillon told campaign staff Friday morning that they “have continued to take every precaution to protect Vice President Biden, Sen. Harris, their spouses and our staff.” She asked campaign staff to avoid posting on social media about the president’s diagnosis unless asked to by senior campaign staff.

Don't Miss it Regardless of coronavirus influence, U.S. Mexican staff ship large quantities of cash again house
Up Next Trump’s doctor says he has taken his first dose of remdesivir, one of many main experimental coronavirus therapies, and is ‘doing very nicely’