WASHINGTON – President Donald Trump saluted the service and sacrifice of West Point’s graduating class on Saturday, calling on cadets to be as visionary as military heroes of the past and encouraging them to stand strong for the cause of freedom and equality at a time of discord and division.

In remarks that emphasized unity, Trump said in his commencement address to the roughly 1,100 graduating cadets that what has historically made the U.S. unique is “the durability of its institutions against the passions and prejudices of the moment.”

“When times are turbulent, when the road is rough, what matters most is that which is permanent, timeless, enduring and eternal,” he said.

Trump’s commencement address – his first at West Point – came at a time when his own relationship with the military has grown strained and at a time when racial tensions and domestic unrest have brought protesters spilling into the streets in dozens of cities across the country demanding racial justice and police reforms.

The graduation ceremony itself was unconventional, a reflection of the challenges facing Americans amid the coronavirus pandemic.

Gray-uniformed cadets wearing white face masks marched onto an expansive parade field while practicing social distancing and watched the ceremony from folding chairs spaced six feet apart. Diplomas were handed out in advance, so instead of walking across the stage, cadets saluted Trump and other members of the official party when their name was called.

No handshakes were permitted. Parents, relatives and friends weren’t allowed to attend. But one tradition remained: Cadets still tossed their caps in the air at the end of the ceremony as military helicopters flew overhead.

Lt. Gen. Darryl A. Williams, superintendent of the U.S. Military Academy, noted the unusual nature of the ceremony. But, “there’s still a celebration,” he said.

Trump announced in April that he would deliver the commencement address for the Class of 2020 – a decision met with swift condemnation from critics, who accused him of putting future military leaders’ lives at risk by forcing them to assemble during a deadly contagion.

Cadets were sent home in March when the pandemic hit and finished their studies through remote learning. Only the graduating seniors returned for Saturday’s event, which was moved from the on-campus football stadium to an expansive parade field known as the Plain.

In his roughly half-hour remarks to the graduates, Trump praised West Point as “a universal symbol of American gallantry, loyalty, devotion, discipline and great skill.”

Trump, who was welcomed to the ceremony with cannon blasts and a 21-gun salute, paid tribute to the diversity of the graduating class, noting the young men and women had come from every state in the nation and “from every race, religion, color and creed.”

“But when you entered these grounds, you became part of one team and one family, proudly serving one American nation,” he said. “You exemplify the power of shared national purpose to transcend all differences and achieve true unity.”

Trump urged cadets to follow the example of towering West Point figures such as Gen. George Patton and Gen. Douglas MacArthur, whom he said knew “that the American solider never ever quits.”

“These great leaders were not afraid of what others might say about them,” he said. “They didn’t care. They knew their duty was to protect our country.”

Trump, who did not wear a face mask while on the stage, acknowledged the deadly toll of the coronavirus, which has infected more than 2 million Americans and killed nearly 115,000. He called the virus “the invisible enemy … that came to our shore from a distant land called China.”

But, “we will extinguish this plague,” he vowed.

Trump also celebrated the newest branch of the Armed Services – the newly created Space Force – and said that on his watch the U.S. is bringing an end to “the era of endless wars.”

“It is not the duty of U.S. troops to solve ancient conflicts in faraway lands that many people have never even heard of,” he said.

“We are not the policeman of the world. But let our enemies be on notice, if our people are threatened, we will never ever hesitate to act.”

Trump’s speech marks his first graduation address at West Point, although he has spoken in previous years to graduates at the Naval Academy in Annapolis, Maryland, the Air Force Academy in Colorado Springs, Colorado, and the Coast Guard Academy in New London, Connecticut.

Trump’s remarks to West Point’s graduating cadets came as his own relationship with the nation’s military leaders has frayed.

Trump’s handpicked chairman of the Joint Chiefs of Staff, Army Gen. Mark Milley, admitted Thursday he’d erred by allowing the military to be drawn into the president’s politicized response to mostly peaceful protests following the death of George Floyd. Mark Esper, Trump’s defense secretary, has signaled his willingness to change the names of Army forts that honor Confederate generals, a stance Trump has rejected.

Seats for United States Military Academy graduating cadets are set up for social distancing before commencement ceremonies began on Saturday.

Meanwhile, West Point itself has been riven by the same racial tensions roiling the nation. Minority cadets, in a confidential survey obtained by USA TODAY, say they face blatant and subtle discrimination at the nation’s elite training ground for Army officers. The posting of racist videos in April by one their classmates prompted the survey.

Oklahoma campaign event: Trump dismisses controversy over Tulsa rally, says it will be a ‘celebration’ of his campaign

Don't Miss it China reviews highest coronavirus case rise for 2 months, as lockdowns ease globally
Up Next Infectious illness professional says coronavirus will not decelerate till ‘about 60% or 70%’ of American inhabitants is contaminated, factors out US is at ‘about 5%’ 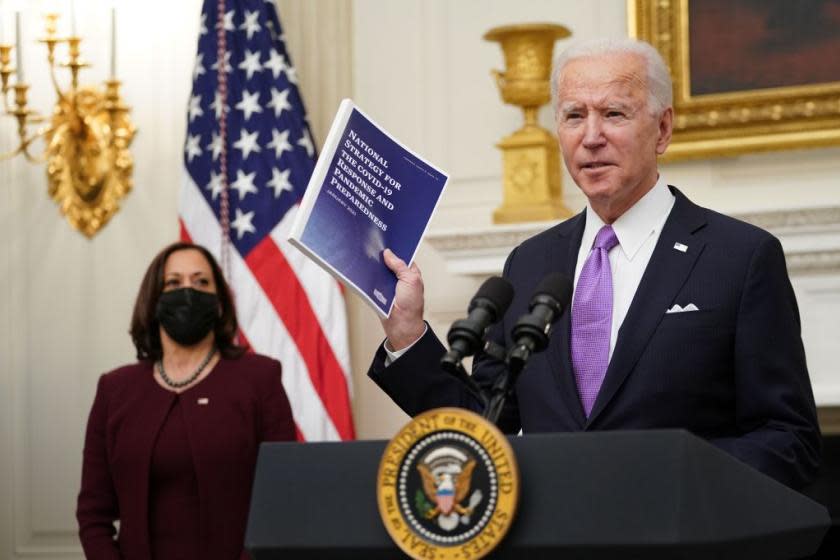