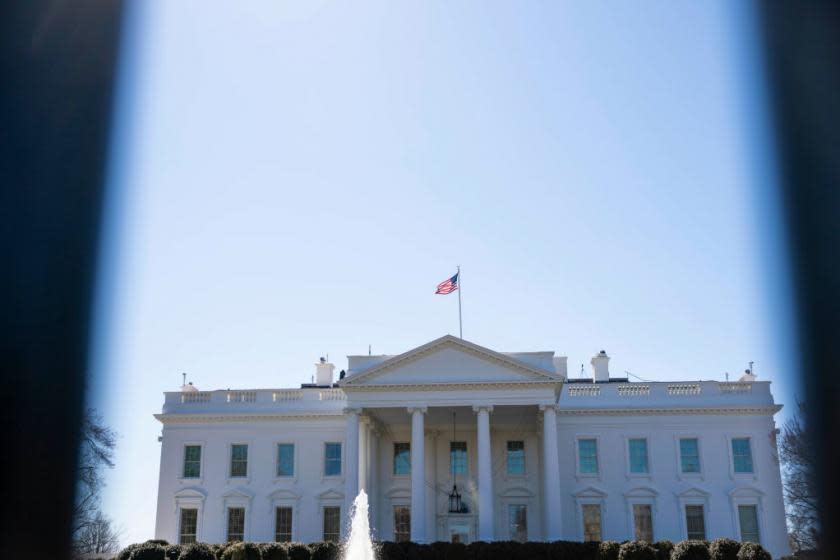 Is This the End of Cuomo?

Embattled New York governor Andrew Cuomo insists he will never resign, and observers believe that he’s shameless enough to try to ride out his twin nursing-home and sexual-harassment scandals. “People have short attention spans; I think he’s counting on that,” former GOP congressman Peter King told Newsmax TV. After all, two years ago, Virginia governor Ralph Northam was also urged by his fellow Democrats to resign after racist photos of him surfaced, including one from his 1984 medical-school yearbook. Northam apologized, rather vaguely, but refused to resign. He remains in office today. But events may yet break Cuomo’s hold on the governor’s mansion. As of yesterday, PredictIt, the predictions market for political junkies, puts the odds of him staying in office until the end of this year at just 28 percent. One factor is that more bad news for Cuomo may be about to break. Journalist John Heilemann told NBC’s Meet The Press today, “Every major news organization that I know of right now has a team of people trying to push this story further. And there are a lot of hot leads out there.” Would anyone be surprised that a governor with many enemies — and who has escaped close media scrutiny for so long, and whose biographer described him as “a bad guy” at the core — might have more skeletons to unearth? During his decade in office, Cuomo has been mired in scandals that sent close allies, such as Alain Kaloyeros, founder of SUNY Polytechnic Institute, and Joe Percoco, the governor’s “enforcer,” to prison. A 2014 investigation by the New York Times found that the governor’s office “deeply compromised” an ethics panel’s work, “objecting whenever the commission focused on groups with ties to Cuomo or on issues that might reflect poorly on him.” Then there is impeachment. The state assembly has begun a preliminary investigation into whether Cuomo should be removed from office. If Cuomo were impeached by a majority vote of the assembly, he would almost certainly be forced to step aside immediately, pending the outcome of a trial in the Senate. Lieutenant Governor Kathy Hochul would become acting governor. That’s a big difference from the procedure followed when the U.S. president is impeached — a president remains in office during the trial. Cuomo would no doubt argue that the law isn’t clear, but the only previous time a New York governor was impeached — William Sulzer in 1913 — his lieutenant governor was indeed appointed acting governor. Cuomo’s allies report that he is embittered at how quickly his fellow Democrats have turned on him. Larry Schwartz, Cuomo’s former top aide and now New York’s “vaccine czar,” has called many county officials to gauge their loyalty to the governor. One of those officials told the Washington Post that the call was so unsettling that an ethics complaint is being filed with the public-integrity unit of the state attorney general’s office. “At best, it was inappropriate,” the unidentified official told the Post. “At worst, it was clearly over the ethical line.” Cuomo, a tightly wound man with few interests outside politics, has so much of his identity tied up in being governor that some former aides believe that his resolve to never resign might weaken if he were impeached. “He would lose his powers immediately and could be adrift for weeks or months before a Senate trial finished,” one told me. “I don’t think he could psychologically handle it. I think he might cut a deal in which he gives up his office with the understanding that he is largely left untouched legally.” Whatever happens, the collapse of Cuomo’s political standing makes it unlikely he could run for a fourth term. The allegations of sexual harassment are devastating. But the cover-up of thousands of nursing-home deaths — though far less covered by the media than the sexual-harassment allegations — also led voters to conclude by 45 percent to 36 percent that Cuomo should resign immediately, according to an Emerson College poll from two weeks ago. In 1974, the journalist Nicholas von Hoffman created a controversy when, as a paid commentator on CBS’s 60 Minutes, he called the scandal-plagued President Nixon “a dead mouse on the kitchen floor that everyone was afraid to touch and put in the garbage.” That was back when authority figures were shown more respect, and von Hoffman was fired for that outburst. Today, the political class in New York is treating Andrew Cuomo as a modern-day Richard Nixon. Everyone realizes he has to go eventually. They just haven’t figured out exactly how to maneuver him into the political dustbin.

A Maine marriage ceremony is linked to 147 coronavirus instances and three deaths. Infections spilled over right into a jail and two nursing properties.