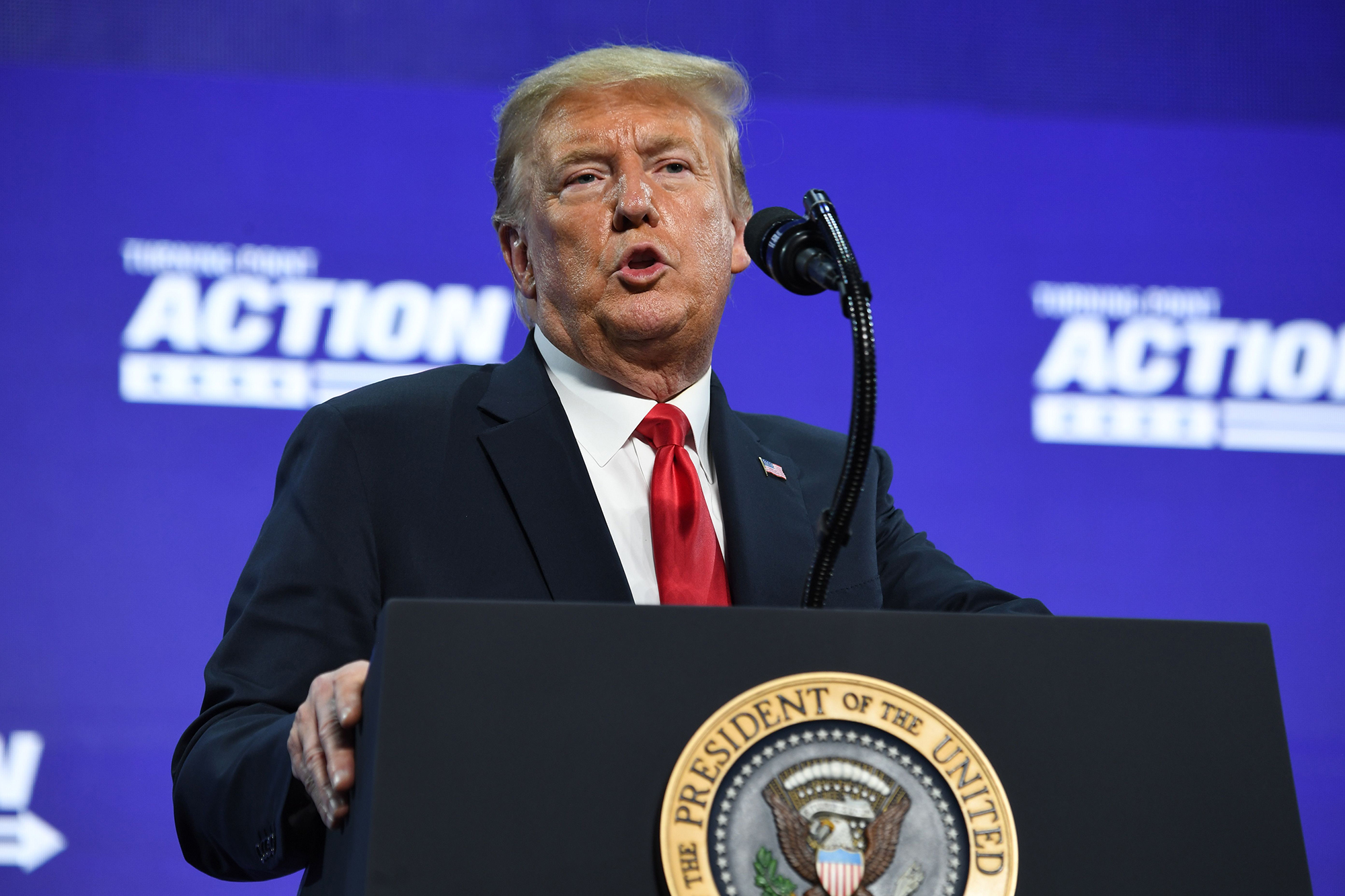 President Trump backs another round of stimulus spending to give the economy a boost as it tries to emerge from financial ravages of the coronavirus pandemic and as November’s election nears, but he is getting push back from members of his party who are concerned about what it will mean to the government’s bottom line.

The president said he’s on board with issuing more payments to most taxpayers like the $1,200 sent earlier this year that included his signature.

“Yeah, we are,” he told a correspondent for Scripps television stations during an interview on Monday. “We will be doing another stimulus package. It’ll be very good. It’ll be very generous.” Treasury Secretary Steven Mnuchin, who spearheaded negotiations on the first stimulus package, told GOP senators at a lunch Tuesday that it’s being considered.

“As we’ve said before, we’re talking about a bunch of different ideas that we may need to do in another bill,” Mnuchin said. “We’re going to take our time and make sure that we’re thoughtful. Whatever we do, it will be much more targeted, much more focused on jobs.”

But Sen. Pat Toomey (R-Pa.) was among the lawmakers who cautioned about more spending when the deficit is projected to hit $3.7 trillion this year.

“I expressed a lot of skepticism about the wisdom about doing another big spending bill,” Toomey, a member of the Senate Finance Committee, told The Hill after the meeting.

He said he’s skeptical about the government sending out more $1,200 payments because the initial checks came at a time when the country was in a “full-blown crisis.”

Congress approved the spending in March at a cost of roughly $300 billion.

But even as the majority of states begin reopening business closed during the lockdown and ease social distancing guidelines, the country’s jobless rate is still at 13.3 percent.

Democrats, who passed a $3 trillion measure in the House in May, back the effort, even as Republicans remain skittish.

“My preference would be to extend unemployment insurance, but to do that in a more limited way, and a more targeted way,” said Sen. Mitt Romney (R-Utah).

Larry Kudlow, the White House economic adviser, confirmed stimulus checks are on the table, but said Trump was still also interested in a payroll tax cut.

“There’s a lot of discussions going on,” Kudlow told Fox News Tuesday. “Probably we would want to target those to those folks who lost their jobs and are most in need. … That’s where it’s going.”

Cats Can Spread Covid-19 to Other Cats without Showing Any Symptom, Says Study