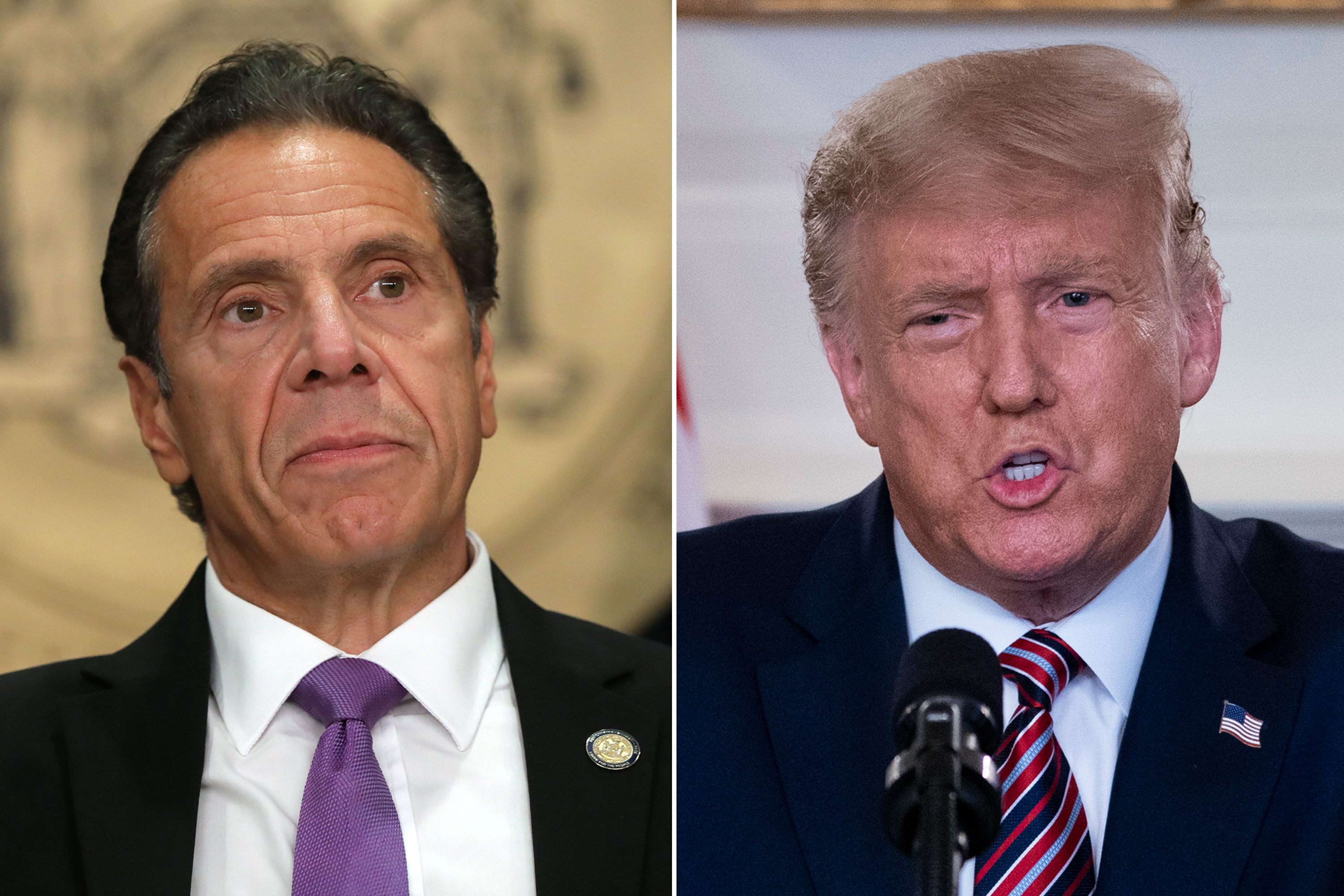 President Trump pressed on criticizing Gov. Andrew Cuomo for his handling of the coronavirus pandemic, his late decision to allow restaurants to reopen in New York City and the flight of Empire State residents to sunnier, lower tax states.

“One of the WORST governors in the USA. Caused 11,000 deaths in nursing homes alone due to his bad moves and incompetence. At least he said I ‘did a phenomenal job’. But he didn’t!!!,” Trump said in one of a series of tweets or retweets about the governor on Thursday.

He linked to a tweet from Newt Gingrich, the former Republican House speaker from Georgia, who blasted Cuomo for the high-crime rate in the Big Apple.

“Shootings in new york city are up 166% over last yesr [sic] so Governor Cuomo wants 4,000 police assigned to checking restaurants for covid enforcement. Is he just deranged or so arrogant no one can talk sense to him?,” Gingrich wrote on Monday.

In another, Trump said Cuomo “has completely lost control. Sad!,” and linked to a report in the Daily Mail about residents of highly taxed states like New York, Connecticut and New Jersey packing up and heading to Florida.

Remarking on the governor’s decision to reopen restaurants for indoor dining with restrictions by Sept. 30, Trump said it is a “step in the right direction, but should go faster!”

Trump also retweeted Marc Lotter, the director of strategic communications for the campaign, saying the president had to step in and protect the state.

“You ordered thousands of senior citizens to their death in nursing homes,” Lotter wrote on Sept. 2. “PRESIDENT @realDonaldTrump has an army, which built hospitals for you, and a navy, with a hospital ship he sent you. Your own NYPD don’t support you. There is no question who is protecting New York.”

Lotter linked to a post from Cuomo the same day Trump announced he was considering cutting off federal funds for “lawless” cities like New York that do not take action against rioters.

“President Trump has actively sought to punish NYC since day one. He let COVID ambush New York. He refuses to provide funds that states and cities MUST receive to recover. He is not a king. He cannot ‘defund’ NYC,” the governor’s tweet said. “It’s an illegal stunt.”

​C​uomo, in a news conference to address Trump’s defunding plan, said the president “better have an army if he thinks he’s going to walk down the street in New York. New Yorkers don’t want to have anything to do with him.”