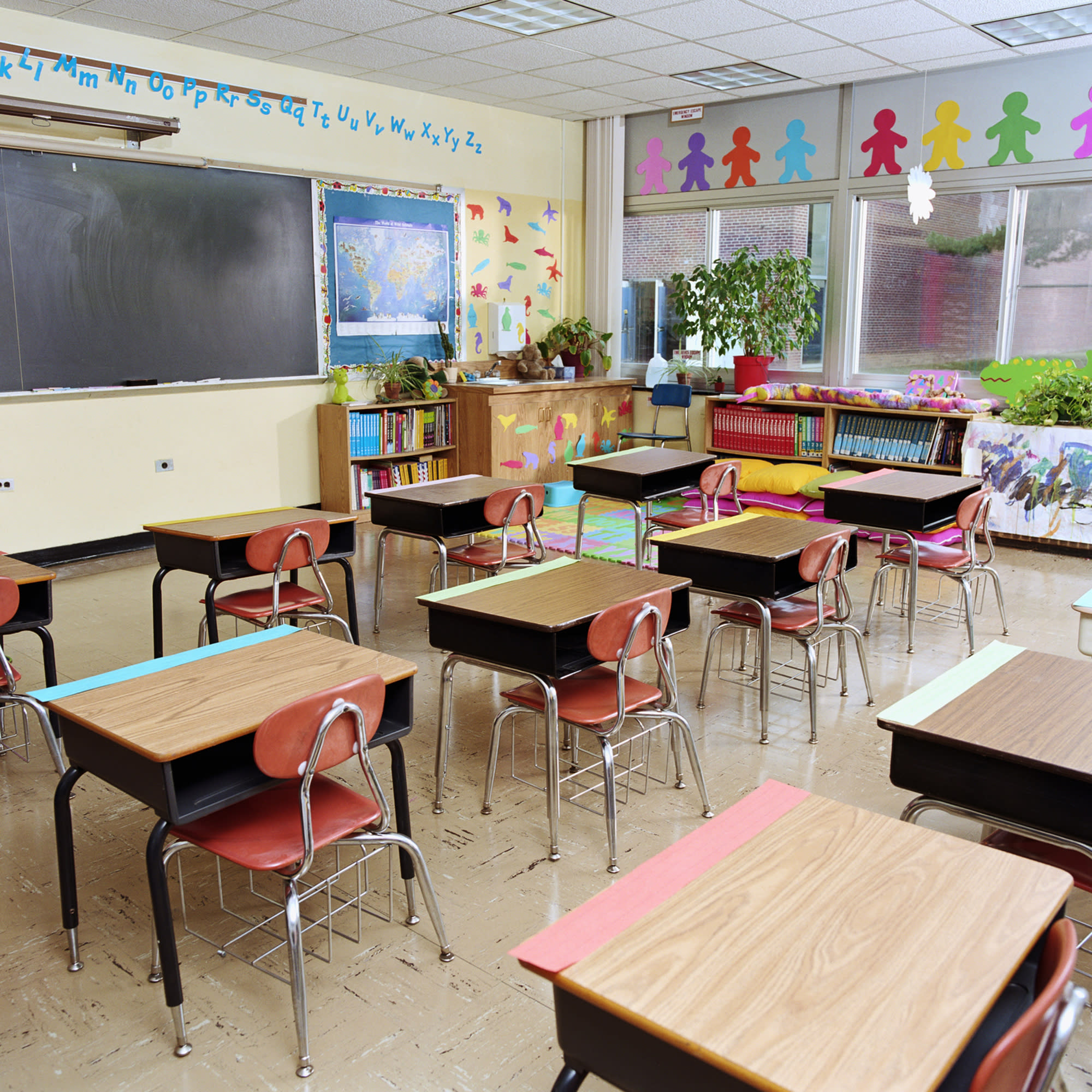 Teachers in at least three states have died after bouts with the coronavirus since the dawn of the new school year, and a teachers’ union leader worries that the return to in-person classes will have a deadly impact across the U.S. if proper precautions aren’t taken.

AshLee DeMarinis was just 34 when she died Sunday after three weeks in the hospital. She taught social skills and special education at John Evans Middle School in Potosi, Missouri, about 70 miles (115 kilometers) southwest of St. Louis.

AshLee DeMarinis is shown in an undated photo provided by her sister, Jennifer Heissenbuttel. DeMarinis, a middle school teacher in eastern Missouri’s Potosi School District, died Sunday, Sept. 6, 2020, after being hospitalized for three weeks with COVID-19. DeMarinis became ill last month before kids returned to class, but had been to her classroom preparing for the school year, Heissenbuttel said. (Jennifer Heissenbuttel / AP)

A third grade teacher died Monday in South Carolina, and two other educators died recently in Mississippi. It’s unclear how many teachers in the U.S. have become ill with COVID-19 since the new school year began, but Mississippi alone has reported 604 cases among school teachers and staff.

Johnny Dunlap, a 39-year-old drama and forensics teacher at Dodge City High School in Kansas, said he considered quitting before the district made masks mandatory for teachers and students. Still, his history of bladder cancer and high blood pressure have left him with some angst about being around so many people. Existing health conditions can put people at higher risk for severe illness and death from the virus.

“I’m at a high school with close to 2,000 students so it kind of runs against the advice we have been given for half a year now,” Dunlap said.

The early phase of the pandemic claimed the lives of dozens of teachers. The New York City Department of Education alone lost 31 teachers among 75 employees whose deaths were blamed on the coronavirus.

Across the U.S., the American Federation of Teachers lists 210 union members who have died. The list includes support staff and retirees as well as teachers.

The start of the new school year brought with it new fatalities.

In Oxford, Mississippi, 42-year-old Nacoma James taught at a middle school and helped coach high school football. He died Aug. 6 during the first week of classes, but was self-quarantining when teachers and students returned to the classroom, said Lafayette County School District Superintendent Adam Pugh.

Pugh recalled that James was a seventh-grade student when he began teaching 30 years ago.

Related: The dangers are real, but so is the anxiety.

“It was a hard punch to my stomach, when I heard,” Pugh said.

James worked with football players during summer workouts, but an investigation found no new cases linked to him, Pugh said.

Another Mississippi teacher died Sunday. History teacher Tom Slade recently posted on Facebook about his battle with pneumonia caused by the coronavirus.

Slade was teaching in-person when the academic year started on Aug. 6, Principal Raina Holmes said, but began quarantining after he had contact with someone who was positive at a church meeting. His last day of teaching was Aug. 21.

Slade was known for jokingly using a judge’s gavel to quiet noisy students.

“He always brought humor into his classroom and his students loved that part about him,” said Holmes.

The district said Bannister was at Windsor Elementary School on Aug. 28 for a teacher work day, before classes resumed.

Related: As schools across the country scramble to figure out reopening plans, six teachers reveal the moment they knew they had to resign.

In Potosi, in-person classes started Aug. 24. DeMarinis was already hospitalized by then but had been in the school preparing for the year a couple of weeks earlier, her sister, Jennifer Heissenbuttel said.

Superintendent Alex McCaul said contact tracing determined she had no close contact with any teachers, students or staff.

DeMarinis grew up near New York but developed a passion for her rural school and Potosi, a town of 2,600 residents, Heissenbuttel said.

“She had the patience of a saint. She was really meant for it,” Heissenbuttel said. “The kids loved her. She touched so many lives.”

DeMarinis had asthma, which can put someone more at risk from severe illness from COVID-19. She began feeling poorly around mid-August, Heissenbuttel said. After developing fever and shortness of breath, she was tested for the coronavirus and was soon hospitalized.

It’s unclear where DeMarinis picked up the virus.

Heissenbuttel is a nurse who works in a New York area hospital’s intensive care unit. Somehow, she managed to avoid the illness that her sister couldn’t.

“I thought it would be me, not her,” Heissenbuttel said.