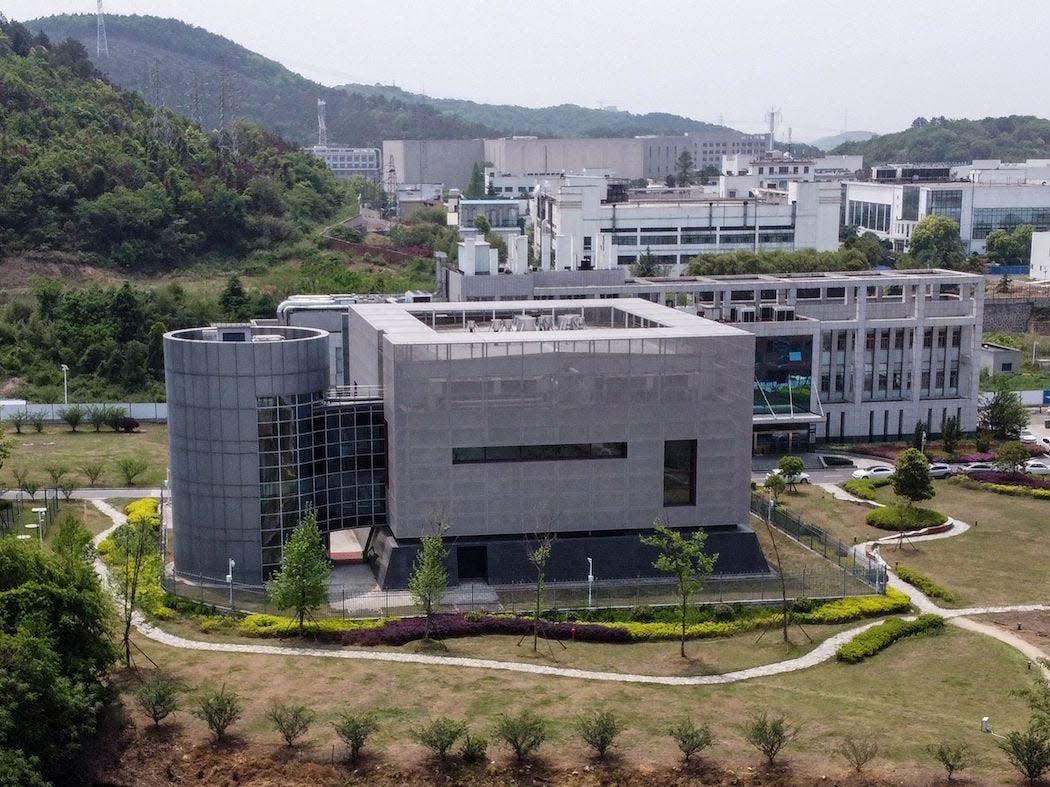 The P4 laboratory at the Wuhan Institute of Virology in Wuhan in China’s central Hubei province, April 17, 2020. HECTOR RETAMAL/AFP via Getty Images

Some experts disputed WHO investigation findings that COVID-19 most likely did not leak from a lab.

The news has prompted new calls to reevaluate whether COVID-19 was leaked from a lab, WSJ reported.

There are new calls to reevaluate whether or not COVID-19 began at the Wuhan Institute of Virology after US intelligence learned three doctors became sick with symptoms similar to those of COVID-19 in November 2019 and sought out hospital care, the Wall Street Journal reported.

A report from the State Department was issued during the last days of former President Donald Trump’s administration but officials familiar with the report did not agree on the strength of the evidence found, the Journal reported.

In March, Marion Koopmans, a dutch virologist, told NBC News the illness of lab workers could be attributed to regular seasonal illnesses.

Earlier this year, a team from the World Health Organization spent a month in Wuhan investigating the origin of the virus and concluded that the virus most likely jumped from bats to people.

The group said a lab leak was “extremely unlikely.”

The WHO said it also did not have access to all the necessary information. That lack of information has prompted some experts to be wary of the findings and demand more investigations into the virus’s origin, including the possibility that it in fact was leaked from a lab.

November 2019 is also in line with when experts believe COVID-19 began circulating.

China has consistently denied that the coronavirus escaped from a lab. The lab, however, hasn’t released raw data or records on its work with coronaviruses in bats.

A spokeswoman for the National Security Council told the Journal that the Biden administration still has questions on the origin of the virus but plausible theories should be investigated by WHO.

“We’re not going to make pronouncements that prejudge an ongoing WHO study into the source of SARS-CoV-2,” the spokeswoman said. “As a matter of policy we never comment on intelligence issues.”

On Monday, the director of the institute’s Wuhan National Biosafety Laboratory, Yuan Zhiming, told Chinese state media, the Global Times, that the Journal’s report was “a complete lie.”

“Those claims are groundless. The lab has not been aware of this situation [sick researchers in autumn 2019], and I don’t even know where such information came from,” Zhiming said.

Don't Miss it New coronavirus restrictions launched in components of Scotland – BBC Information
Up Next Madurai Couple Will get Married Mid-air in Flight to Keep away from Covid-19 Restrictions, Invitations 161 Friends