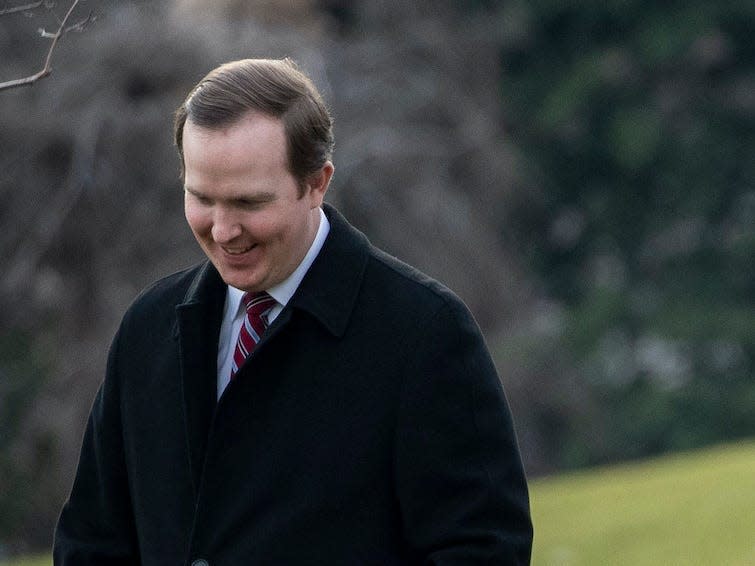 Brian Jack, the White House political director, received a positive test result for COVID-19 over the weekend, according to The New York Times.

Jack is one of several people who attended an election-night party at the White House and later tested positive for the virus.

The other two who recently tested positive are still unnamed, and it’s unknown if they were at the November 3 gathering.

Since the party, White House chief of staff Mark Meadows, Housing and Urban Development Secretary Ben Carson, and David Bossie, one of Trump’s legal advisors, have also contracted the virus.

Join us at 1 p.m. ET Thursday for a live chat with Insider politics reporter Tom LoBianco about what’s next for Republicans — and Trump.

Brian Jack, the White House political director, got a positive test result over the weekend, according to The Times. The second staffer’s identity is still unknown.

Jack is one of several key figures in President Donald Trump’s orbit who tested positive for the virus after a large indoor watch party at the White House on election night.

It remains unclear if that gathering was a superspreader event like the ceremony for Supreme Court Justice Amy Coney Barrett ahead of her confirmation, but several other attendees from the party have also tested positive. They include White House chief of staff Mark Meadows, Housing and Urban Development Secretary Ben Carson, and David Bossie, one of Trump’s legal advisors.

It is also unclear whether either of the other two people who recently tested positive were also at the party in question, according to The Times and ABC.

The Times and other outlets estimated the election-night crowd was in the hundreds, with photos showing few attendees wearing masks.