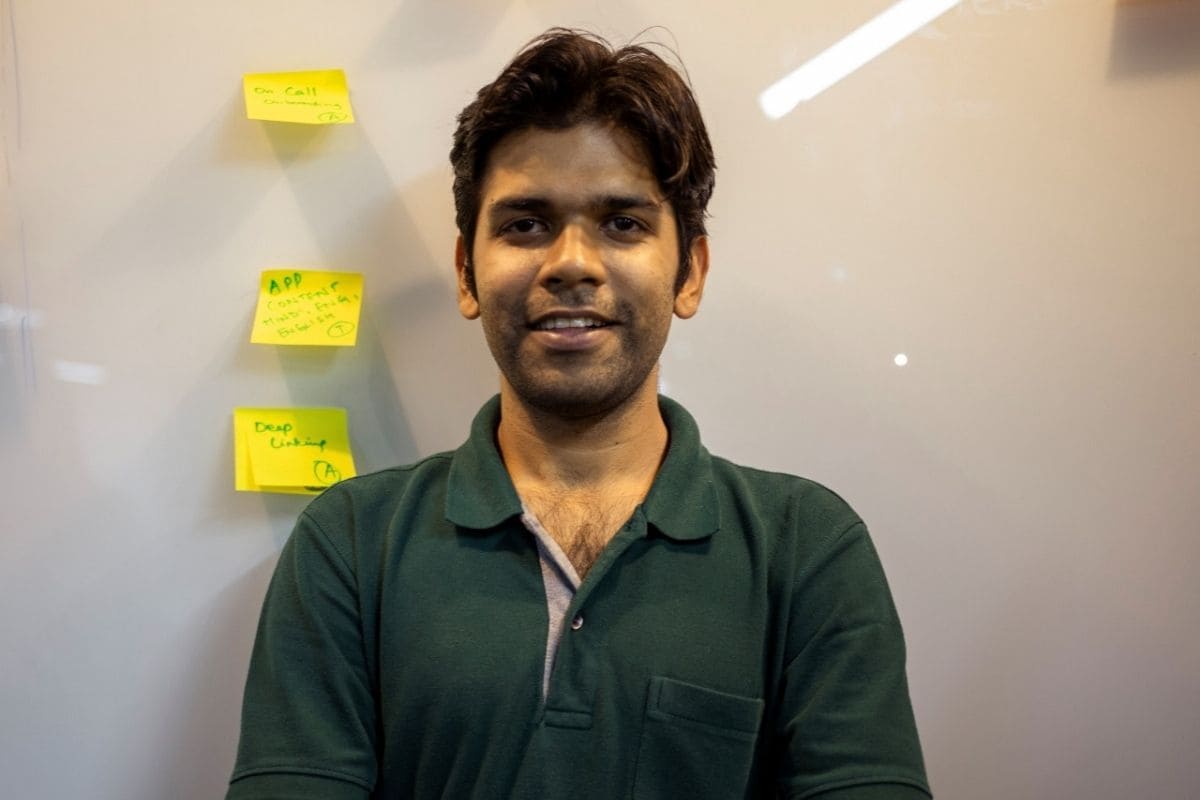 Ramesh, a small time shopkeeper in KR Puram, Bengaluru was fed up of following up with people who had taken credits from his shop. More than reminding them personally, he would find it difficult to maintain accounts of every penny that moved in and out of his business. While he was searching for a simple solution, he stumbled upon an app on play store, Khatabook. After downloading, Ramesh used it for personal expenses for about a month. And when he knew the infinite possibilities of the app that could ease the burden off his manual accounts book, he switched the app to his business, almost instantly.

Khatabook is a 2 year old start up that functions through an app concentrating on the small business and MSMEs and helping them digitalizing is the main agenda of Khatabook. While the entire world went on a roller coaster ride during lockdown, Khatabook actually took a giant leap with regard to number of users. According to Ravish Naresh, Co-founder of Khatabook the company has seen a whopping 200% growth in 2020-21.

As we all can recall, India went into digitalization mode with demonetization in 2016. With UPI entering mainstream business, Khatabook saw a bigger market waiting to be explored. A graduate from IIT Bombay in 2011, Ravish Naresh agrees it is Reliance Jio that brought millions of users online. With even the simplest vegetable vendor on cart using a smartphone with 4G network in it, it was an opportunity of the billions waiting to be tapped.

What exactly does Khatabook do?

Khatabook is a digitalized form of the Kirana store’s account ledger. Every sale that the vendor makes is entered into the app with necessary details and an invoice is immediately sent to the customer. Meanwhile, the small shops whose business also runs by giving credits to familiar persons can also set reminders of the credit details on their app. The customer gets a reminder-weekly, fortnightly or daily with a link to the payment UPi option.

Thus every single dime is documented on both sides and the vendor is saved from regular follow ups from the credit seekers. The app works in regional level with presence in 13 languages and around 80 lakh users on board. The company is valued for 300 million USD.

Hindi has the largest share in Khatabook non-English user list. Karntaka has 1.5 million users with 5 lakh users using the app in Kannada. The success of the app with MSME sector was availability of the app to function in regional language. English counts for more than 50% of usage while Hindi accounts for 20%. Marathi, Gujarati, Bangla and Kannada take next positions respectively. There is also ‘Hinglish’ which is a combination of English and Hindi and a considerable amount of people on Khatabook use it.

Khatabook has a user base in 95% districts of India. So the app is pretty much used across every region in India. Jaipur and Lucknow lead by numbers with regard to merchant break up. Availability of skilled man power is what forced the company to be set up in Bengaluru. They have recently launched ‘Pagar Khata’ an app that helps small businesses manage payroll and salary disbursement. Down the line, we intend to digitize every aspect of small business. Khatabook is a beginning and it has taught us how to go about it right, says Naresh. India has nearly 60 million small businesses. So there is a larger scope that can be tapped effectively with the right tool and that is where we want to be, he adds.​

How Coronavirus lockdown made a ‘Zoom boom’ generation

Israel regarded like a mannequin for halting coronavirus. Here is the way it ‘misplaced its bearings.’