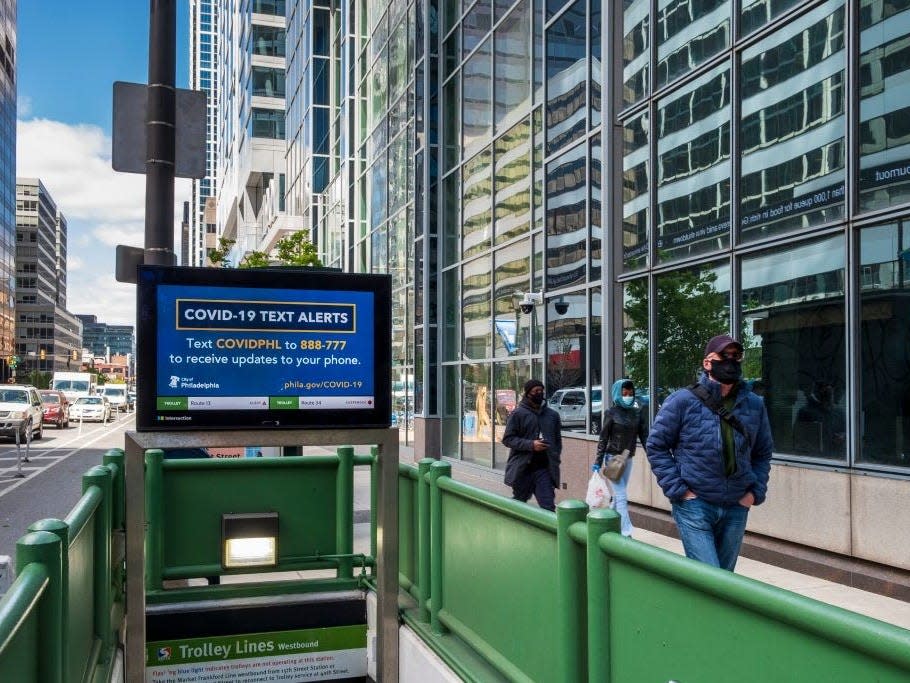 The World Health Organization has said countries going back under full lockdowns could be possible as coronavirus cases surge in areas across the world.

Dr. Michael Ryan, WHO’s Health Emergencies Program executive director, said Friday countries going back under full lockdowns could be “the only option” if they fail to squash “small embers,” or early signs of resurging outbreaks.

Though regions that were previously hit hard by the pandemic, like Italy and New York City, have begun promising reopenings, WHO Director-General Dr. Tedros Adhanom Ghebreyesus said this week that worldwide data indicate that “the virus is not under control; it’s getting worse.”

Top officials with the World Health Organization said that further lockdowns are possible across the world as some regions track surges in coronavirus cases after relaxing quarantine measures.

Dr. Michael Ryan, the organization’s Health Emergencies Program executive director, said at a Friday press conference that “there may be situations” in the near future of the novel coronavirus pandemic in which countries going back under full lockdowns “is the only option.”

In comments also reported by outlets like CBS News, Ryan said at the briefing “in our current situation it is very unlikely that we can eradicate or eliminate this virus,” pointing to recent upticks as potential beginnings of future massive outbreaks.

“There are very particular environments in which that can occur, island states and other places, but even they risk re-importation,” Ryan said.

Ryan continued: “A more worrying pattern is large clusters of cases that could occur in association with super spreading events, events in which large crowds gather.”

Each country should aim to quash “small embers,” or early signs of resurging outbreaks, before the virus comes back in a metaphorical forest fire, he added.

The agency added to concern over how easily the virus can spread on July 9, when it identified for the first time that the coronavirus may be transmitted through aerosols, which can linger in the air over several feet, Business Insider’s Hilary Brueck previously reported.

The updated information came after hundreds of scientists and engineers drafted an open letter to the WHO demanding it changes its stance on transmission, which had said the virus was spread by droplets that are much larger and heavier, and fall through the air faster, than aerosols.

Since the virus was first recorded in December, it has infected more than 12.5 million people and killed at least 560,921 people so far worldwide, per data from Johns Hopkins University.

A situation report released July 10 said more than half of the total cases identified worldwide are in the Americas, where at least 20 South American countries have grappled with poverty, weak infrastructure, and overwhelmed healthcare systems to confront the worsening situation that has infected millions as of early July.

In the US, states began reopening in May despite recommendations from public health experts. Previously hard-hit regions like New York City saw encouraging indicators like falls in infections and hospitalizations after serving as the epicenter for the virus.

However, states like Arizona, California, Texas, and Florida recorded concerning increases in positive coronavirus tests while last week the country saw the daily average of coronavirus-related deaths increase to more than 600 three days in a row.

North Korea advised residents to remain inside, claiming (with no scientific foundation) {that a} storm of yellow mud coming from China was carrying COVID-19