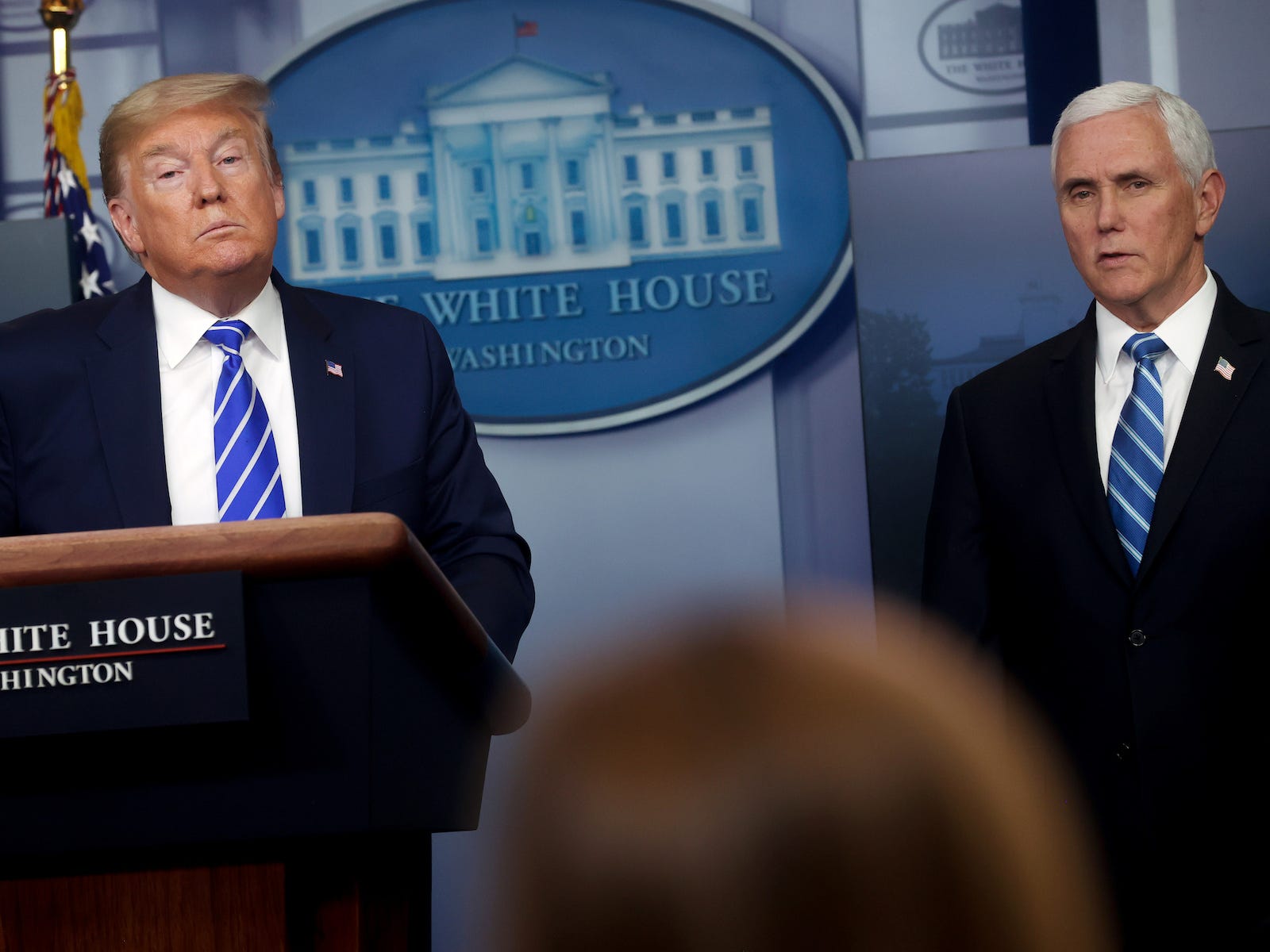 White House staff are being tested for the coronavirus using a device known for telling some people they are virus-free when they are actually positive.

The ID Now rapid testing system give results in 13 minutes or less — but a study showed it has a false negative rate of around 15%.

Abbott Laboratories, the test maker, admitted that false negatives can occur, but says they work well if used with fresh samples on swabs, rather than those dissolved in liquid.

Some staff are still working in the White House during the outbreak, even as many test positive.

The White House is testing its staff for coronavirus using a device that has been criticized for giving false negatives.

The New York Times reported that the White House is using the ID Now rapid testing system, which can give results in less than 13 minutes.

However, one study in late April found that it was showing a false negative in around 15% of cases — a result affirmed by the director of the National Institutes of Health.

Abbott Laboratories, the test maker, said around the same time that its tests can indeed produce false negatives in certain conditions.

It said that false negatives can occur when used with samples which are dissolved in liquid. It said the tests work properly when a swab with the sample is put directly into the device.

That warning came after the tests had been rolled out across much of the US, and had been distributed by the federal government.

The White House has also tested some aides using other methods, which take longer to process, the Times reported.

The device, which is the size of a toaster, was given emergency authorization by the US Food and Drug Administration in March.

US President Donald Trump then called the tests “a whole new ballgame” and “highly accurate.”

Some staff are still working in the White House during the outbreak, and at least a dozen people who may work near Trump and Vice President Mike Pence have tested positive for the virus in the past week.

Kevin Hassett, a senior economic adviser to Trump, said on Sunday that working from home would be safer for White House staff.

But he argued that officials are “willing to take that chance because we love our country.” He also called the West Wing “relatively cramped.”

The Washington Post reported on Sunday that White House staff are not being given clear instructions whether to work from home or not.

Three Texas Democrats take a look at constructive for COVID-19 in Washington, DC