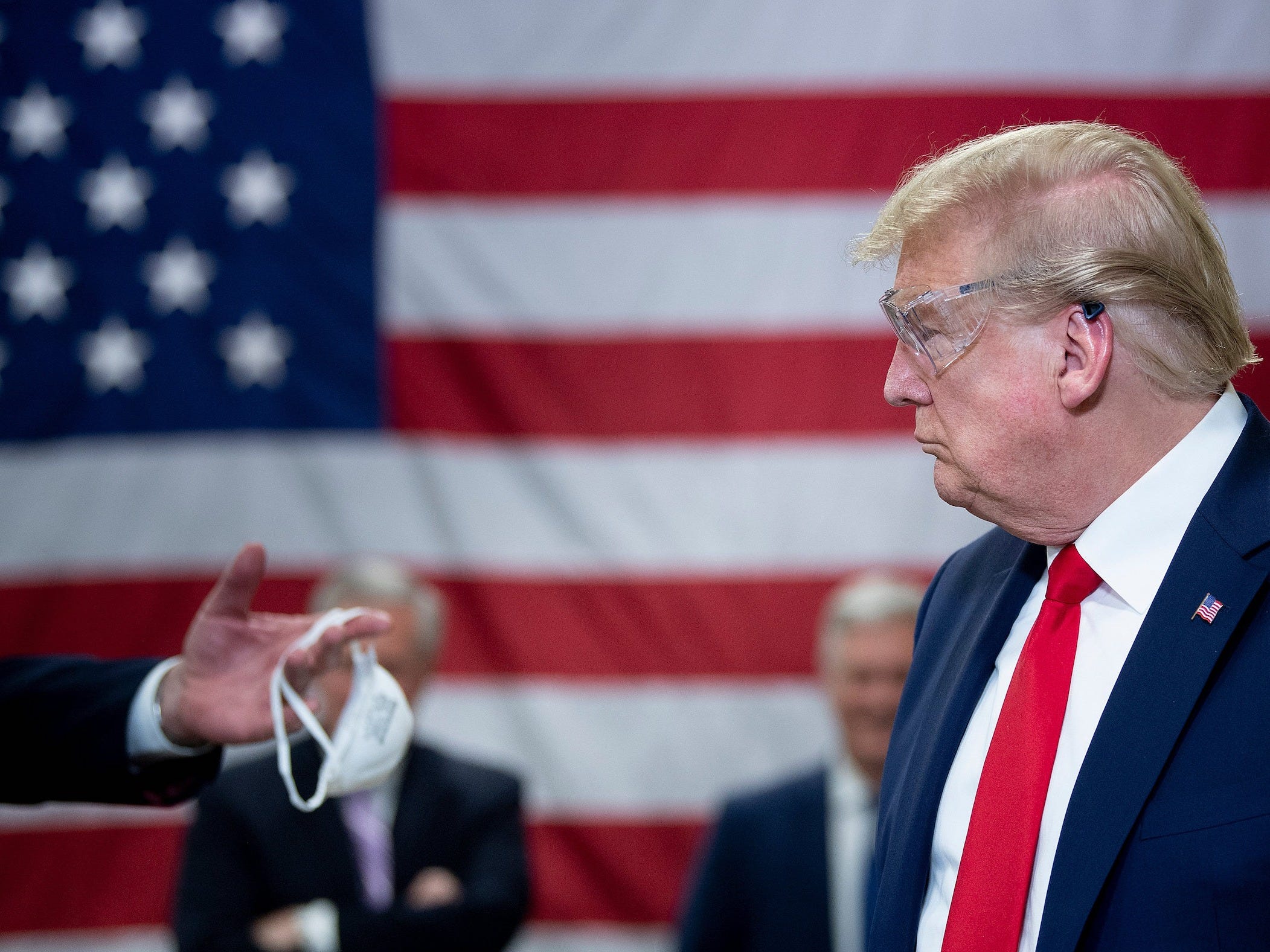 Medical staff members push a stretcher with a deceased patient to a car outside the COVID-19 intensive-care unit at the United Memorial Medical Center in Houston, Texas, in June.

At this point, the numbers speak for themselves.

The coronavirus killed nearly 1,000 Americans on Tuesday, another 950 on Wednesday, and 842 on Thursday— the highest daily death counts reported in a month. Nearly 44,000 Americans have been hospitalized with severe COVID-19 cases, up from 31,000 four weeks ago. The country broke its own record for daily infections yet again on Tuesday, with more than 60,000 new cases reported.

This is not, as President Donald Trump continues to claim, simply a reflection of increased testing — that would not explain the rising hospitalizations and deaths.

Instead, this is a moment of reckoning: The deadly consequences of reopening too early, eschewing masks, and being too slow to ramp up testing and contact tracing are revealing themselves. Expert after expert warned about this a couple of months ago, and now it’s too late.

New projections from the University of Washington’s Institute for Health Metrics and Evaluation suggest that 80,000 more people in the US are expected to die of COVID-19 from now until November — more than a 60% increase from where our death toll stood on Friday, at 132,000.

Read more: Dozens of drugmakers are racing to develop coronavirus vaccines. Here’s how they see 2020 playing out and when the first vaccines might be available.

Three months ago, at what was the peak of the coronavirus outbreak, 36,000 people were being diagnosed per day. That number was unthinkably high. In the past two weeks, the record for new cases reported on a single day has been broken six times.

Experts who described the possibility of a second wave assumed the US would see a precipitous decline in cases and deaths, as most other countries have. Instead, the nightmare of our first wave continues to snowball.

“We went up, never came down to baseline, and now we’re surging back up, so it’s a serious situation that we have to address immediately,” Dr. Anthony Fauci, the director of the National Institute of Allergy and Infectious Diseases, said in an online talk on Monday.

The US has now reported roughly one-quarter of the world’s coronavirus cases and deaths, despite representing less than 5% of the global population. Countries in the European Union have barred Americans from visiting.

Read more: There are 9 coronavirus tests you can use from home. Here’s how they work and where to order one.

Experts know what to expect in the wake of an infection surge like this: A few weeks after cases rise, hospitalizations creep up. Then come deaths.

(The June 25 jump in the chart above reflects New Jersey’s reporting of probably COVID-19 deaths that were not previously counted.)

“If somebody is infected and then has the risk of getting sick and being hospitalized and dying — that whole trajectory takes a number of weeks at least, maybe up to a month or more,” Dr. Howard Koh, a professor at the Harvard T.H. Chan School of Public Health, told Business Insider on Wednesday.

Rescue workers pushing a stretcher with a patient outside Holy Cross Hospital in Fort Lauderdale, Florida.

The most dire phases of that trend are arriving. On Monday, the mayors of Houston and Austin, Texas, issued an urgent warning: State hospitals will be overwhelmed within two weeks if the virus’ spread isn’t brought under control.

“In places where cases are rising, hospitalizations are increasing too,” Koh said.

US leadership continues to ignore this reality

If increased testing were the only factor at play, as Trump has said, the percentage of tests coming back positive in the US should be staying flat or dropping. Instead, 27 states have reported upticks in that positivity rate. The US has also found itself with another testing shortage, as testing stations, labs, and suppliers struggle to keep up with the rising demand.

Meanwhile, Trump has pushed more sectors of the country to reopen, claiming that “deaths are down.” On Wednesday, he threatened to cut funding for US schools if they did not open in the fall.

John Landin of Las Vegas celebrates after winning a hand of blackjack during the reopening of the D hotel-casino on June 4.

But the premature loosening of lockdowns is what got us back into this mess in the first place.

“What we did wrong was to start to open things back up too soon,” John Swartzberg, a professor of infectious diseases at the University of California, Berkeley, previously told Business Insider.

California lifted restrictions while daily case numbers were still rising (as did about 20 other states). As of Tuesday, the state’s daily average of new cases had more than quadrupled from the numbers in the spring.

Fauci told The Hill on Thursday that while he hoped that affected states “don’t have to resort to shutdown,” he thinks states should close places where many people gather, such as bars, and mandate wearing masks.

It’s unlikely, though, that Trump will issue or enforce any such rules. That leaves two possibilities: Either governors take quick, aggressive action, or we watch in dismay as deaths keep ticking up.