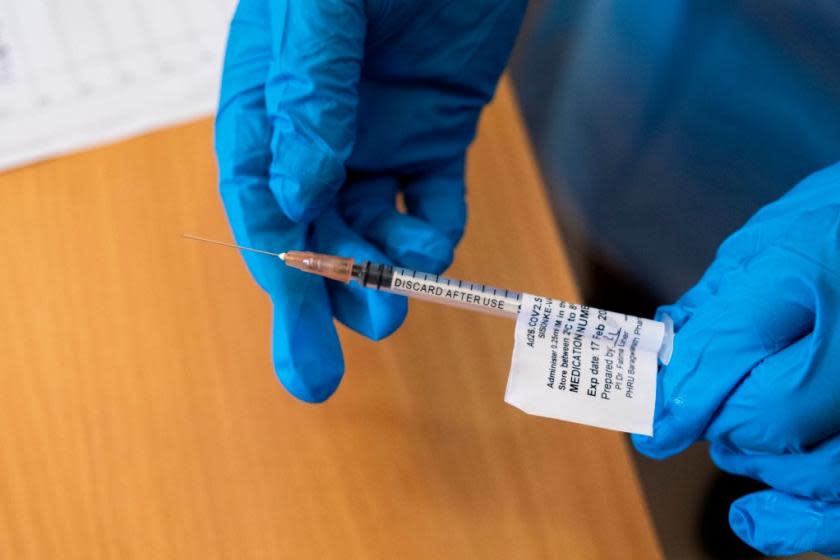 Republican leaders want to avoid a party civil war. Trump might have other ideas.

In a two-page memo addressed to GOP donors, voters, leaders, and activists, Sen. Rick Scott (R-Fla.) declared: “The Republican Civil War is now canceled.” It isn’t clear if his fellow Republicans, including former President Donald Trump, are listening. Scott is chairman of the National Republican Senatorial Committee, and in the memo, first obtained by Fox News, he writes that Democrats control the White House, Senate, and House, but Republicans have a path to victory in 2022. To win, the GOP must move on from the “impeachment show” and stop with the infighting, he said, adding that a Republican Civil War “does not need to be true, should not be true, and will not be true.” While Scott wants unity, not all Republicans are on the same page. After Rep. Liz Cheney (R-Wyo.), the No. 3 House Republican, voted to impeach Trump last month, she was censured by the Wyoming Republican Party and asked to resign. Senate Minority Leader Mitch McConnell (R-Ky.) voted to acquit Trump, but still said there is “no question that former President Trump bears responsibility” for the Jan. 6 Capitol attack. This remark roused Trump, who had been flying under the radar during the trial. He called McConnell a “dour, sullen, and unsmiling political hack,” and said if Republican senators “are going to stay with him, they will not win again. Where necessary and appropriate, I will back primary rivals who espouse Making America Great Again.” Three GOP senators are retiring in 2022 — Richard Burr (N.C.), Pat Toomey (Pa.), and Rob Portman (Ohio) — and Scott has said the NRSC will support the remaining incumbents from primary challenges. Trump is letting people know he isn’t done with McConnell, New York Times reporter Maggie Haberman tweeted Tuesday. Last week, Trump and former Sen. David Perdue (R-Ga.) met for golf and dinner, and people briefed on the day told Haberman “it did not go well.” Trump reportedly had “retribution” on his mind, and was focused on McConnell and Georgia Gov. Brian Kemp (R), who did not go along with Trump’s plot to overturn Georgia’s election results. Perdue had been contemplating running again in 2022, but said Tuesday he won’t. Although no longer in office, Trump still has the support of a majority of Republicans. A Suffolk University/USA Today poll of 1,000 Trump supporters conducted last week found that 46 percent would ditch the Republican Party and join a Trump party if he started one, with 27 percent saying they wouldn’t and the rest undecided. A majority said they had more loyalty to Trump than the GOP, and 50 percent said the Republican Party should become “more loyal to Trump.” More stories from theweek.comThe MyPillow guy might be Trump’s ultimate chumpLate night hosts laugh at Rudy Giuliani literally running from his $1.3 billion lawsuit, tie in CPACAmy Klobuchar shuts down Ron Johnson’s conspiracy mongering at Capitol attack hearing

COVID-19 Is a Symptom of a Larger Drawback: Our Planet’s Ailing Well being