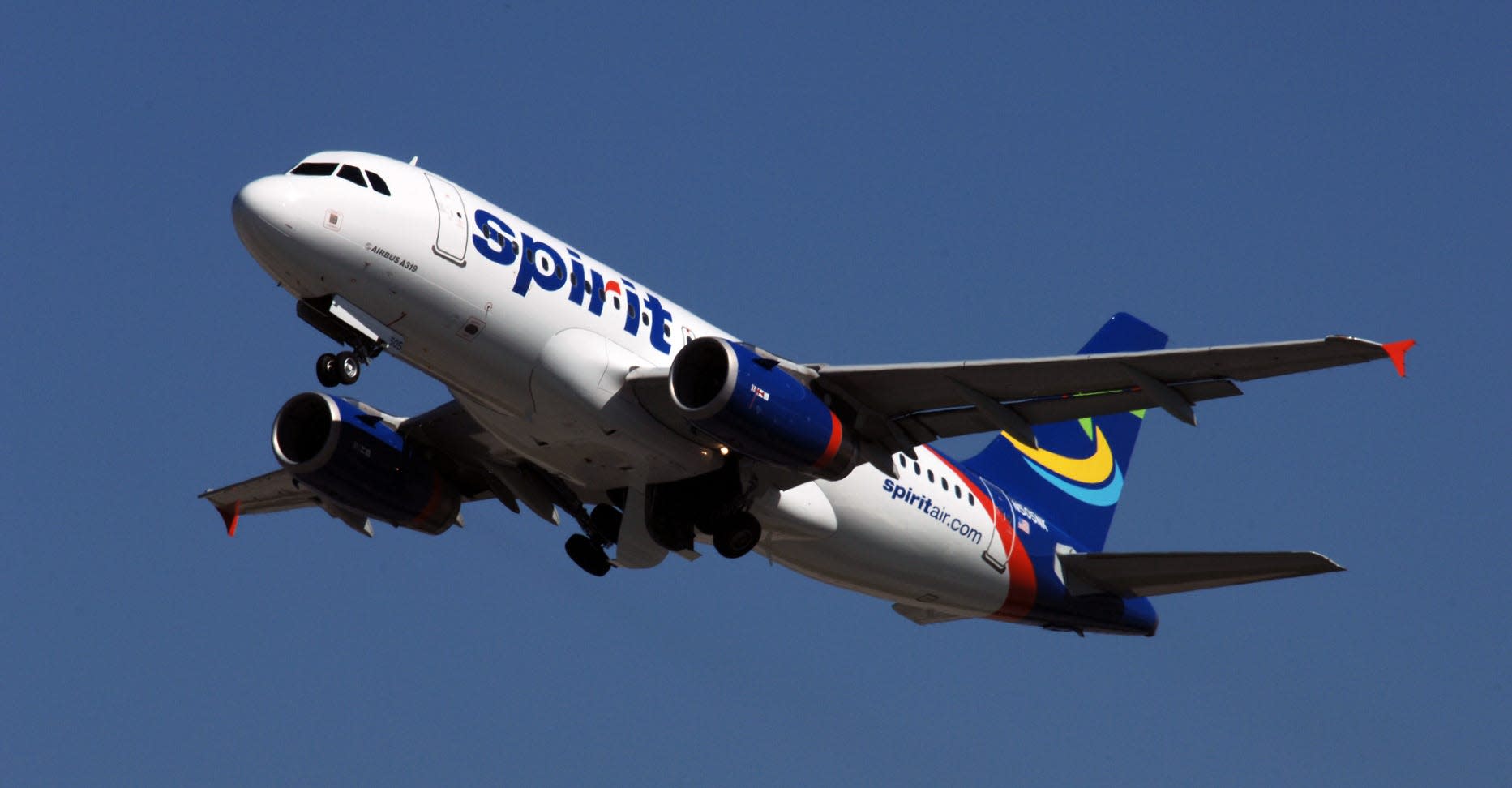 A woman in her 30s died from COVID-19 while on a Spirit Airlines flight in July, according to airport officials in Albuquerque, New Mexico.

The late July flight from Las Vegas to Dallas-Fort Worth was diverted to Albuquerque when the crew reported an unresponsive female on board, Stephanie Kitts, a spokesperson for Albuquerque International Sunport, said in an email to The Arizona Republic, part of the USA TODAY Network.

“Based on that report, and the fact that there was no mention of COVID at the time of the diversion, we treated this as we would any other medical incident,” Kitts said.

Authorities responded and determined the woman was dead on arrival, she said.

Dallas County Judge Clay Jenkins, in Texas, announced the woman’s death Sunday in a press release that was obtained by NBC Dallas-Fort Worth. He also noted that she did have underlying health conditions.

He said the woman, who lived in Garland, Texas, had difficulty breathing and was given oxygen but died on the jetway in Albuquerque, NBC reported.

On Tuesday, Lauren Trimble, Jenkins’ chief of staff, told The Arizona Republic that the death was “mistakenly reported to have happened in Arizona” but that it happened in New Mexico.

Jenkins wrote in a Tuesday tweet that his prayers were with the woman’s family as well as “every family that has lost someone to Covid-19.”

My prayers are with this family and every family that has lost someone to Covid-19. We won’t be able to give much more details pursuant to privacy laws. https://t.co/zZbGV2A5Vw

Jenkins said he would not be able to release many more details about the incident, citing privacy laws.

So what happens if a passenger becomes ill with COVID-19 or dies while in the air?

Spirit Airlines spokesman Erik Hofmeyer told USA TODAY, “Our flight attendants have in-depth training to respond to medical emergencies and utilize several resources, including communicating with our designated on-call medical professionals on the ground, using onboard medical kits and personal protective equipment, and receiving assistance from credentialed medical personnel traveling on the flight.”

He added that the airline cooperates with all information requests from the U.S. Centers for Disease Control and Prevention for use in contact-tracing efforts.

According to the CDC’s website, when an illness or death occurs on an interstate flight, the captain is supposed to notify Air Traffic Control or their airline’s designated point of contact with details such as  the nature of the public health risk on board and the number of suspected cases, along with the flight’s departure and destination airport, estimated time of arrival and the number of people on board. From there, Air Traffic Control or the airline contacts the CDC, which then liaises with the the nearest quarantine station and the local health department in that jurisdiction.

CDC protocol also requires pilots of international flights to report any onboard illnesses or deaths to the quarantine station nearest to the their destination airport prior to arrival.

Symptoms that rise to this alert level include:

Persistent vomiting for reasons other than airsickness

Headache with a stiff neck

Other indications of a communicable disease

This article originally appeared on Arizona Republic: Texas woman died from COVID-19 while on Spirit flight in July

Fauci calls COVID-19 surge an ‘exacerbation’ of the primary wave