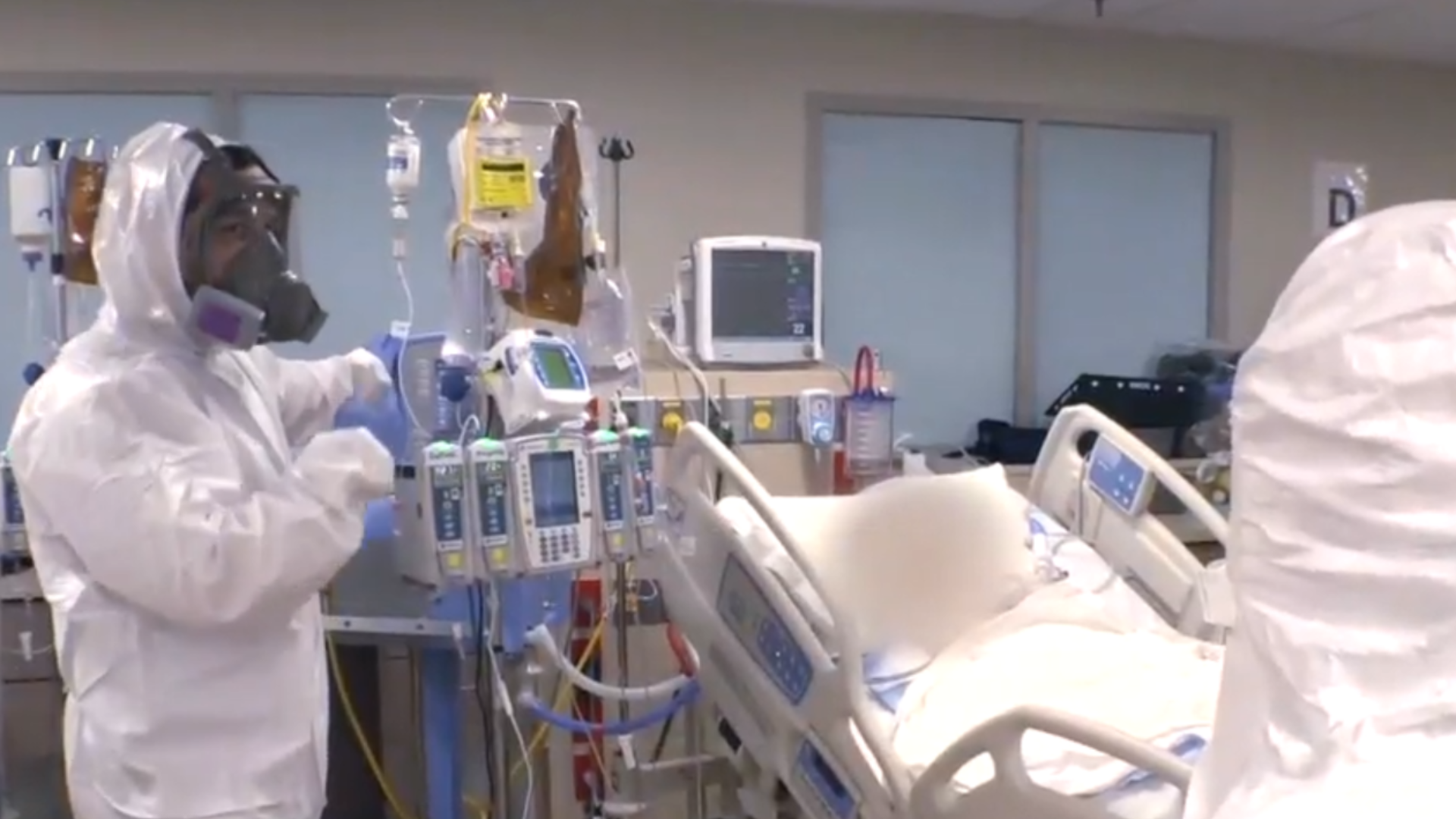 An eye-opening study from the Centers for Disease Control and Prevention said coronavirus cases are a lot higher than the numbers reported in some parts of the country — up to 13 times higher — because so many who were infected didn’t know it and unwittingly spread the virus.  Now, we’re seeing the results of this undetected spread.

Confirmed cases in the U.S. are edging toward 4 million. The virus has killed more than 141,000 Americans. Texas recorded a thousand deaths in just 10 days. That’s as many deaths as in the prior three months.

At hospitals in the Rio Grande Valley, state health officials say 37 ICU beds are available. Hidalgo County is the epicenter.

“Unfortunately, our hospital rooms look like war zones because there are just so many from so many sick people there,” Hidalgo County Judge Richard Cortez told CBS News.

“My job is is to take care of the public health,” Cortez explained. “We brought in a lot of refrigerated trailers to access more morgues, and their capacity is 50. Well in the last eight days, we have an average of 22 people die per day.”

While cities like Dallas and Houston are now seeing a decrease in positive cases and hospitalizations, virus-related deaths in the state are up 33% over the last 10 days.

A vendor wearing a mask to protect against COVID-19 arranges merchandise at his business in San Antonio on Monday, July 20, 2020. Cases of COVID-19 continue to spike in Texas. / Credit: Eric Gay / AP

Nationwide, just nine states are seeing a decline in cases or holding steady; three of those — New York, New Jersey and Connecticut — are asking visitors from 31 states to self-quarantine.

This comes as new data from the CDC published on Tuesday estimates that COVID infections were as much as 13 times higher in parts of the country than actually reported. But the results found more people are still vulnerable to infection.

“What was interesting about this study is that even given the fact that so many people have likely had COVID-19 without having any symptoms or without having any diagnosis officially made. Still, it implies that the vast majority of Americans have still not been infected,” CBS News chief medical correspondent Dr. Jon LaPook explained.

And while a new study found effective social distancing with masks and handwashing could stop 90% of large outbreaks, Big Pharma companies continue their race toward a vaccine. Executives from AstraZeneca and Pfizer predicted millions of doses could be delivered by the end of the year.

Meanwhile, California passed 400,000 thousand COVID cases and could soon pass New York as the hardest-hit state. The city of Los Angeles is bracing for the possibility of another stay-at-home order.

In Florida, at least five counties have no ICU beds available at this time.

Lawmakers at odds on next coronavirus stimulus package

WHO official lavishes praise on China for coronavirus response

The U.S. can have a COVID-19 vaccine surplus. This is why Mexico ought to get it first.

Pelosi says COVID-19 stimulus can be accomplished earlier than Christmas