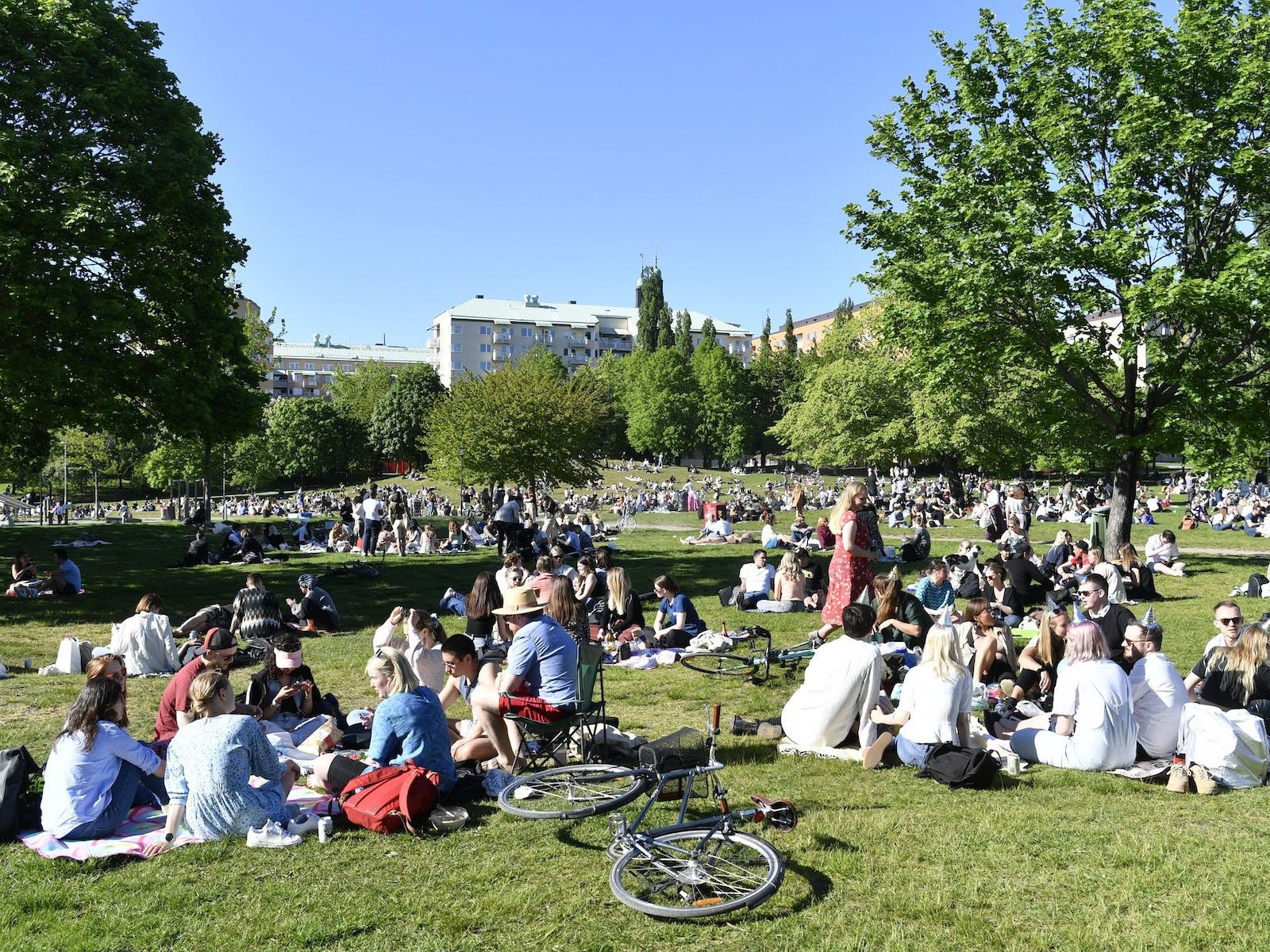 Sweden coronavirus People sit in Tantolunden park in Stockholm on May 30, 2020, during the coronavirus pandemic.

Sweden is accelerating its review into the success of its coronavirus strategy, which controversially did not involve a lockdown and kept many businesses open.

Prime Minister Stefan Löfven previously said Sweden would hold an inquiry after the outbreak, but told the Aftonbladet newspaper on Monday that a commission would be appointed sooner.

Sweden is facing criticism as its death toll rises to one of the world’s highest. It is also not meeting its target for testing.

Around half of Swedish virus deaths take place in care homes, a major point of contention.

But the government has said the no-lockdown plan is helping to reduce the chance a second wave, and said it’s not clear if a lockdown would have had a better result.

Sweden is speeding up the launch of its inquiry into the effects of its controversial, lockdown-free approach to the coronavirus pandemic, as criticism focuses on the country’s high death toll.

Stefan Löfven, Sweden’s prime minister, told Swedish newspaper Aftonbladet on Monday that the government will appoint a commission before the summer.

It is likely that many countries will conduct reviews of how the virus outbreak was handled. But Sweden has accelerated its timeline: Reuters reported that Löfven previously said Sweden would wait until the outbreak had ended.

“We need to take an overall approach to see how it has worked at national, regional and local levels,” Löfven said.

“We will make a decision for a commission before the summer,” he said.

There are only a handful of actual rules in place, including a ban on gatherings of more than 50 people and a ban on visitors to elder care homes.

Sweden’s government and health officials have repeatedly defended the plan, arguing that it has better prepared the country for a potential second wave of infections, and predicting that other countries’ death toll would rise as they ease their lockdowns.

Foreign Minister Ann Linde said at the end of May: “Transmission is slowing down, the treatment of COVID-19 patients in intensive care is decreasing significantly, and the rising death toll curve has been flattened.”

People socially distance in a Stockholm shopping center on May 12, 2020.

But Sweden’s death rate has risen to one of the highest in the world, significantly higher than its Nordic neighbours which locked down early and have similar health care, political systems, and population density.

As of Tuesday, the country of around 10 million people has more than 4,400 deaths.

Around half of Sweden’s deaths have taken place in care homes.

A memorial in Stockholm’s Mynttorget square in memory of loved ones lost to the new coronavirus in April 2020.

Anders Tegnell, Sweden’s state epidemiologist, said the high death toll had “come as a surprise.” He also said that it’s not clear if a lockdown would have protected those people.

Sweden also has a low coronavirus testing rate. Reuters reported that the only around 33,000 tests were conducted last week, far short of its aim of 100,000 tests per week.

Many experts across Sweden have condemned the government’s approach, and have been urging them to change strategy for months.

Olle Kampe, a professor and senior consultant in endocrinology at the Karolinska Institute in Stockholm, previously told Business Insider: “We are sacrificing old people and people with diseases.”

And he said it’s a strategy other countries shouldn’t adopt: “I don’t that it’s something that anyone should copy.”

Gilead’s remdesivir not really helpful for hospitalized COVID-19 sufferers: WHO