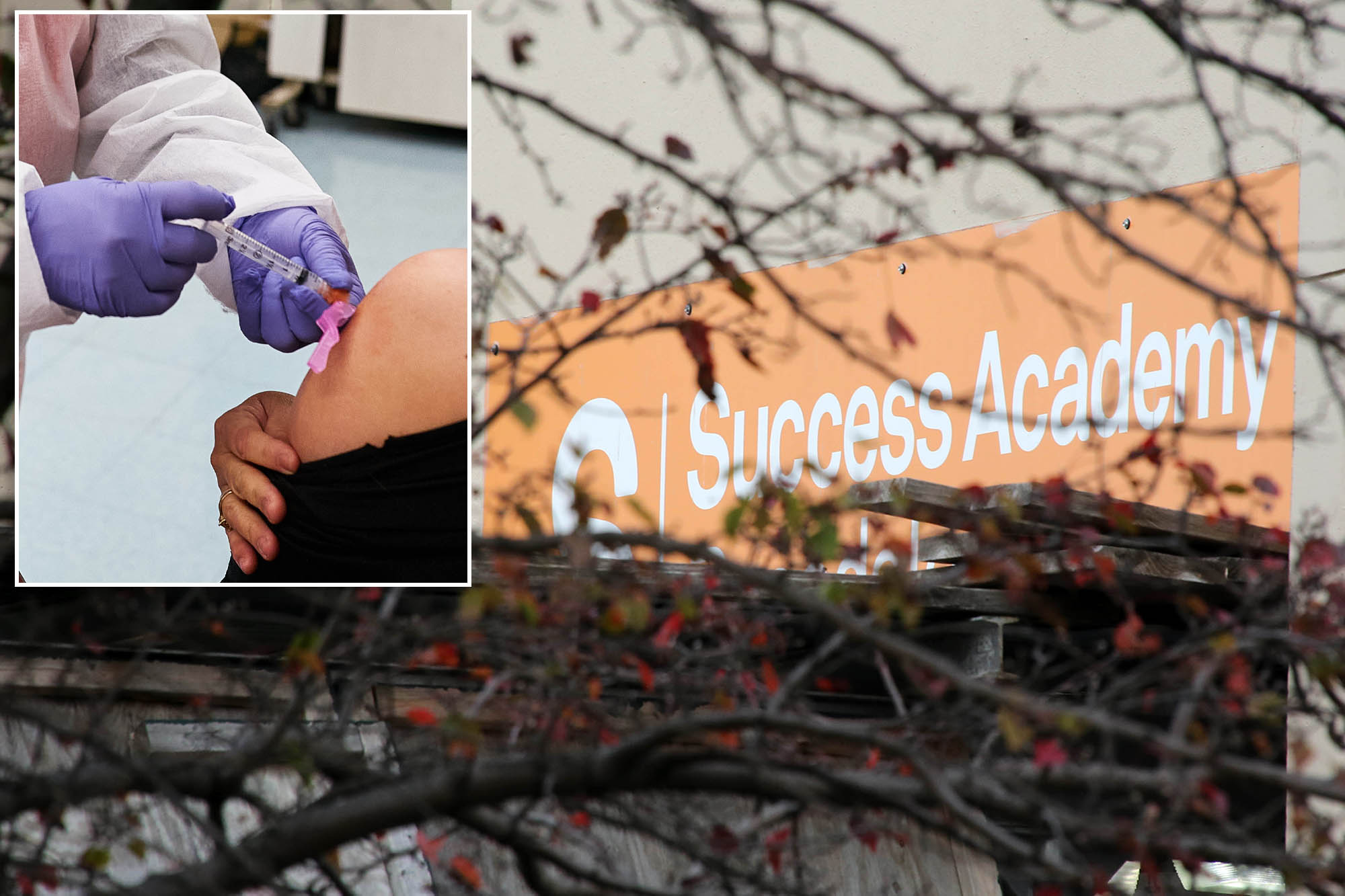 The Success Academy Charter Schools network is requiring all employees to get vaccinated for COVID-19, raising questions whether the mandate is legal and will it be imposed on all public schools, The Post has learned.

The network, which has 2,700 employees, runs 47 schools with 20,000 students in Manhattan, Brooklyn, Queens and The Bronx. The schools — publicly-funded, but privately-managed — have kept all instruction remote since the pandemic, while the city Department of Education has offered in-person learning at many schools for up to five days a week.

But the city has not required teachers or other employees to be vaccinated, leaving it a personal decision.

“Starting on Monday, June 14, all employees will be required to be fully vaccinated. As we explained in an email in March, once vaccines were readily available, vaccines would be required,” Aparna Ramaswamy, Success Academy’s chief leadership and human resources officer, announced in a company email issued Friday.

COVID-19 vaccines are still under emergency use authorization by the US Food and Drug Administration, so mandates are not yet legal, some experts say.

The network plans to reopen its schools for in-person learning on Aug. 2. It will continue to offer families a fully remote option at least through the first marking period in November.

With the new policy, the network hopes to open up in-person learning in August.James Keivom

“We’re anticipating the majority of families will want their children to be in person,” Powell said, adding that the network is surveying parents on their preference.  “Teachers will be in the building, whether teaching remotely or in-person.”

In the city’s 1,600 other public schools, Mayor de Blasio reported on April 2 that 65,000 of 147,000 DOE teachers and other school employees had been vaccinated  That number did not include staffers who live outside NYC and were vaccinated elsewhere. About 75,700 employees have gotten at least one vaccine dose, the DOE said Saturday.

Questions over whether teachers should have to get the shots have arisen as the DOE gets ready to start a new school year in September. De Blasio is promising a seat for every child, but won’t say if families will still have the option for fully-remote instruction.

Arthur Goldstein, a teacher at Francis Lewis HS in Queens, applauded Success Academy: “It sounds like Eva Moskowitz finally did one thing right,” he said of the network’s controversial CEO. “Everybody should be vaccinated and everybody should feel as safe as possible. I have no problem with that being a requirement.”

Goldstein spoke for himself, not his powerful union — the United Federation of Teachers — which says the vaccine should be optional.

But Michael Kane, who heads the group Teachers For Choice, blasted the charter network.

Remote learning will still be an option at least into the fall of next school year.Paul Martinka

“By federal law, you have the right to refuse any vaccine that’s not fully FDA approved,” Kane said. “If any Success Academy employees want to sue, please call me. I have lawyers who’d be very interested in hearing from employees who don’t want to abide by this illegal mandate.”

The Los Angeles Unified School District, the nation’s second largest, is requiring its employees to be vaccinated, but has been challenged by some employees and the Health Freedom Defense Fund, which filed a federal lawsuit demanding a halt to the mandate.

Not everyone is in favor os the Success Academy vaccine requirement. Chris Hondros/Getty Images