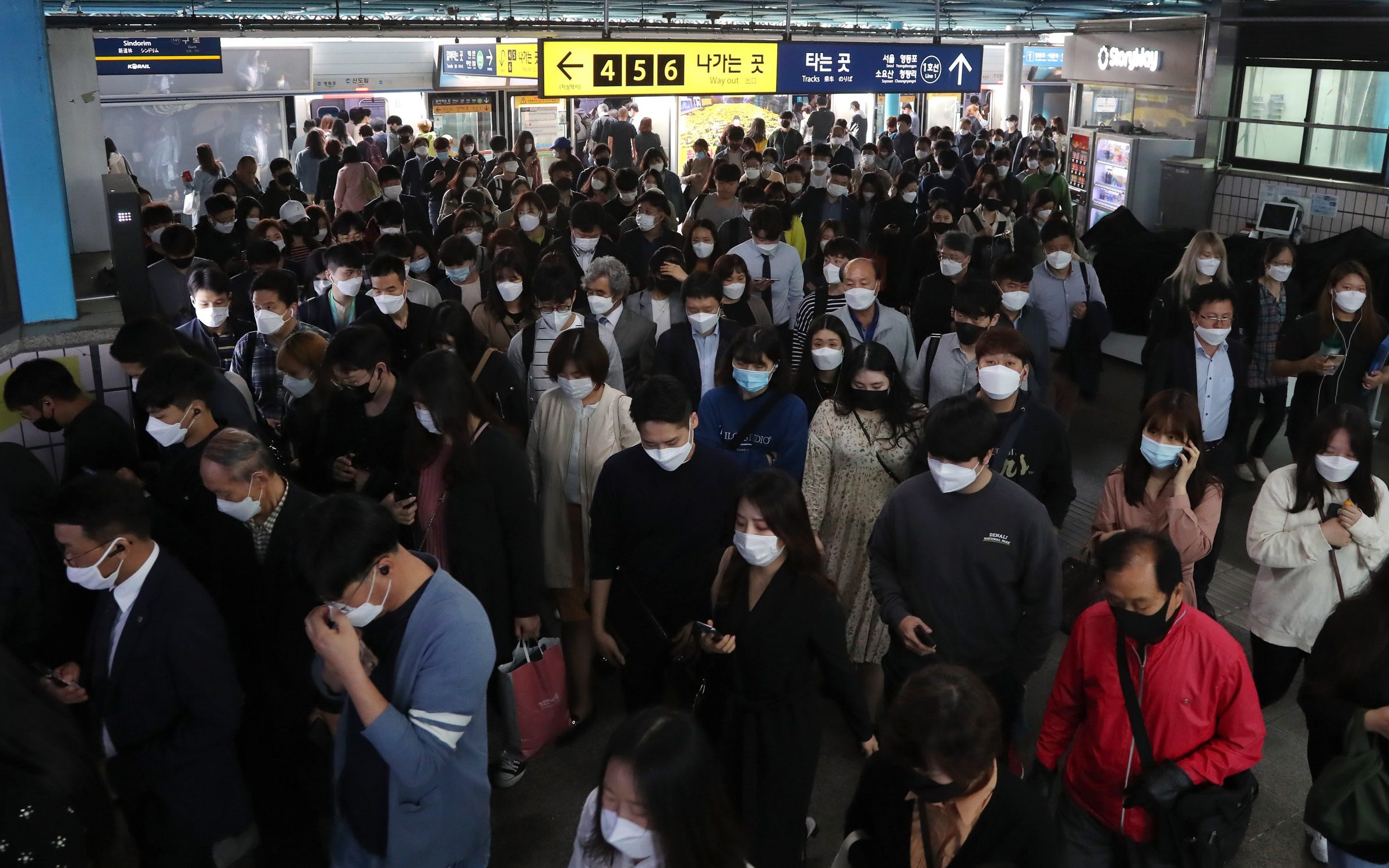 South Korea is bracing for a tense week ahead as the authorities battle the largest spike in coronavirus cases in a month after an outbreak linked to several bars and nightclubs in the capital, Seoul.

The latest cluster, which has so far resulted in 85 new cases with the numbers expected to rise, is a blow to the East-Asian nation after being praised globally for curbing the virus with its successful “test, track, treat” strategy.

In recent weeks it has seen several days of either zero new cases or single digit figures, and the country had eased social distancing restrictions to allow citizens to return cautiously to normal life.

Park Won-soon, Seoul’s mayor, warned on Monday that the coming days would now be critical to contain the spread of the disease and urged anyone who had visited the affected venues in the city’s Itaewon district to self-isolate and get tested.

The city government has secured the names of more than 5,500 people who visited the locations at the same time as a man in his twenties who was Covid-19 positive, and has managed to trace some 2,400, including 28 foreigners, he revealed in a radio interview with KBS.

Mr Park said he believed some who were not accounted for may have provided false contact information. The authorities have assured the public that anonymity and patient privacy will be guaranteed, but cautioned that those who evade voluntary testing may face fines.

On Sunday, Moon Jae-in, the South Korean president, asked citizens to neither panic nor let down their guard, but he warned that the country was in a “prolonged war” against the virus and that a second wave could emerge later this year.

“It’s not over until it’s over. While keeping enhanced alertness till the end, we must never lower our guard regarding epidemic prevention,” he said in a televised address.

Seoul on Saturday announced an order to suspend business at clubs, bars and nightclubs and the streets of Itaewon have been deserted, but the easing of other social distancing measures, including the reopening of schools and businesses, is still set to go ahead this week as long as strict sanitation rules are followed.

As part of the longer-term strategy to combat the virus, the Korean Centres for Disease Control have been given more power, and local governments will set up their own epidemic response systems.

However, the latest cluster has put parents on edge before their children return to school this Wednesday for the first time since spring break in March. More than 150,000 have signed online petitions asking the government to delay.

Yoo Eun-hae, the education minister, responded to their fears in a Facebook post on Sunday, reported Yonhap.

“I understand that many are concerned over the Itaewon club infections that occurred just a few days before high school seniors return to school … Our priority on student safety remains unchanged. We are closely monitoring all risks and will make a prudent decision, leaving many possibilities open,” she said.

A Invoice Gates conspiracy idea trended on Twitter, because the billionaire continues to be on the heart of false coronavirus claims