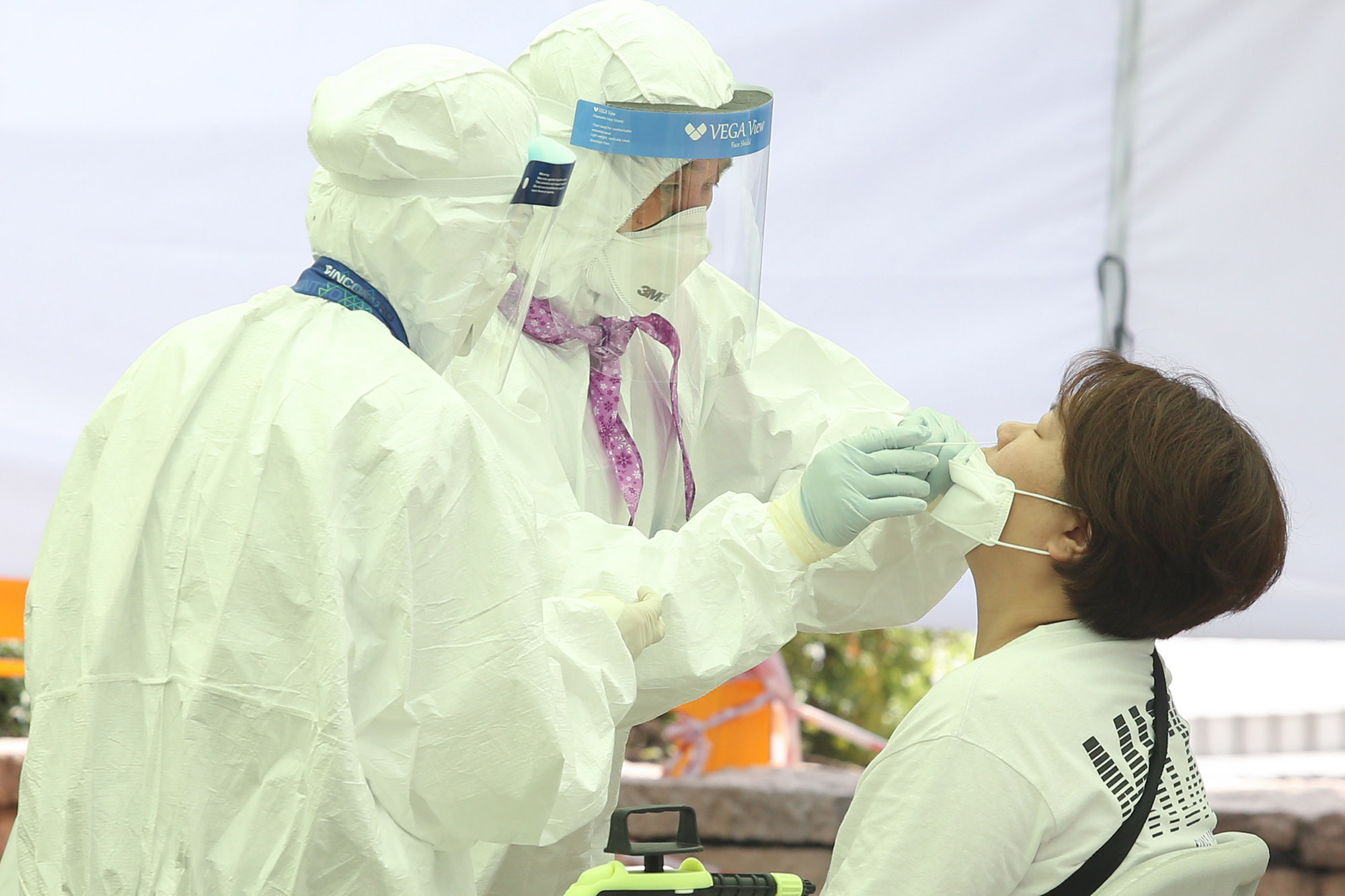 A holiday weekend in early May sparked small but persistent outbreaks in the densely populated greater Seoul area, which hadn’t previously been hit hard, Korea Centers for Disease Control and Prevention director Jeong Eun-kyeong said during a press briefing.

“In the metropolitan area, we believe that the first wave was from March to April as well as February to March,” Jeong said. “Then we see that the second wave which was triggered by the May holiday has been going on.”

The spike — driven in part by young people who contracted the bug after visiting nightclubs and bars in Seoul over the holiday weekend — came just as the country announced it would be easing social distancing guidelines in early May.

The public health agency initially said the country’s first wave never ended, but backed away from that assertion Monday.

“We originally predicted that the second wave would emerge in fall or winter,” Jeong said. “Our forecast turned out to be wrong. As long as people have close contact with others, we believe that infections will continue.”

At the end of February, South Korea was tallying more than 900 COVID-19 cases a day, the first large outbreak outside China.

But through an intensive tracking and testing campaign, the numbers were down to the single digits by late April.

The country never needed to go on lockdown, the BBC reported.

A man sanitizes his hands in Seoul, South Korea.

A woman has her temperature checked in Seoul, South Korea.

But the mayor of Seoul, Park Won-soon, warned that the capital city could soon see hundreds of cases a day if recent infection rates continue, even though the daily numbers are currently at manageable levels.

The mayor also cautioned that the city could return to strict social distancing should cases top 30 on average over the next three days, and if the bed occupancy rate in the city’s hospitals soars past 70 percent, according to the report.

The city of Daejeon, south of the capital, also announced it would ban gatherings in public spaces such as museums and libraries after a number of small virus clusters cropped up.

Over the past 24 hours, 17 new coronavirus infections had been reported from different clusters in large offices and warehouses, officials said Monday, according to the BBC.

It was the first time in nearly a month that daily new cases had dropped below 20 — a marked decrease from the 48 and 67 cases reported in the previous two days.