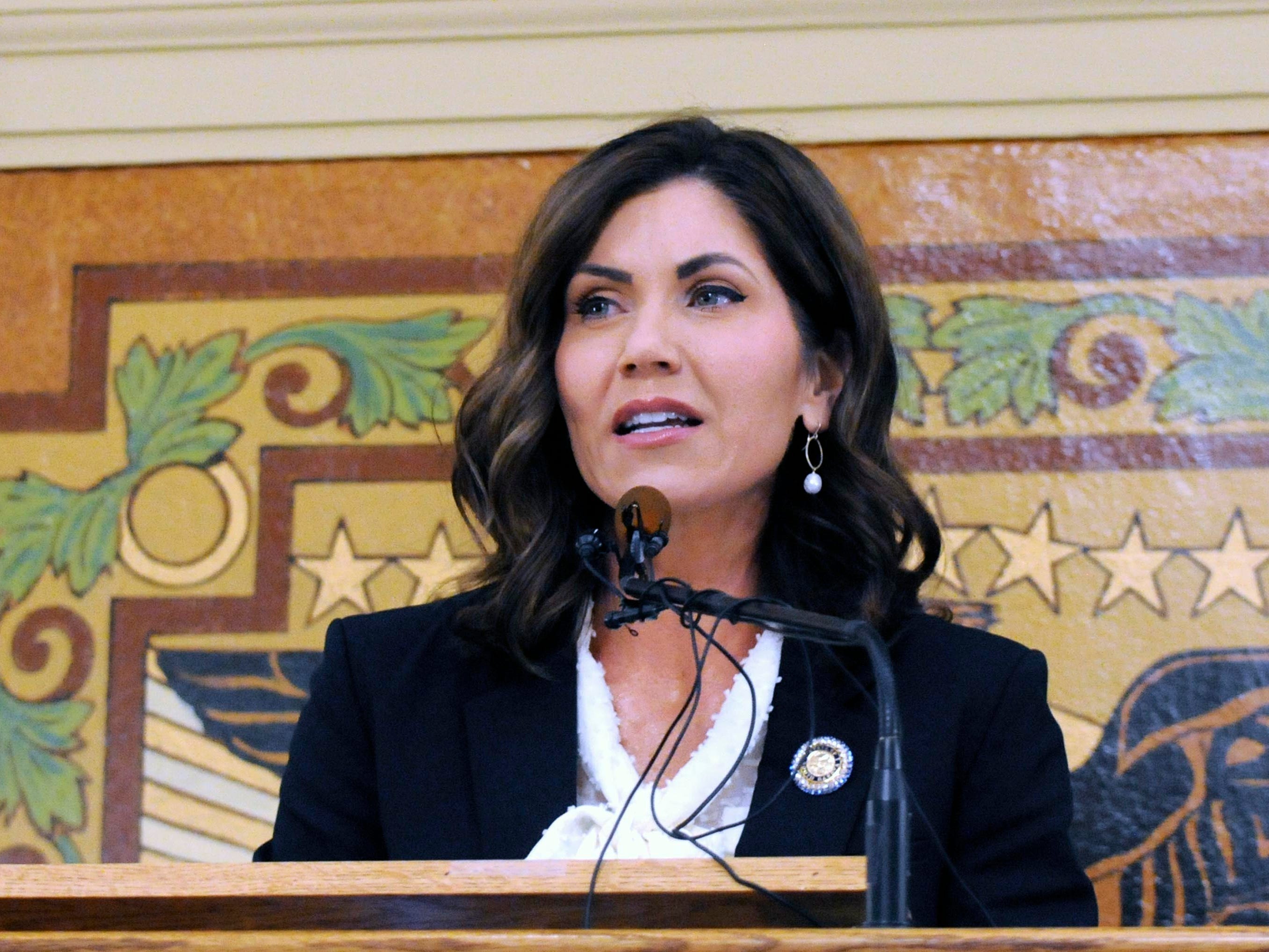 The governor said the checkpoints interfere with traffic and were erected without consulting with the state, something she said was required by a US Department of Interior memorandum.

Both tribes have also strict stay-at-home orders and curfews for their communities, even though Noem has not issued such orders for the state.

South Dakota Governor Kristi Noem is demanding two Sioux tribes remove COVID-19 checkpoints “immediately” because they interfere with traffic and were erected without consulting her office, the governor said in letters to the Cheyenne River Sioux Tribe and the Oglala Sioux Tribe on May 8.

“We are strongest when we work together; this includes our battle against COVID-19,” she said in a statement posted on her office’s website. “I request that the tribes immediately cease interfering with or regulating traffic on US and State Highways and remove all travel checkpoints.”

In the letters, also posted online, she said the checkpoints are out of compliance with an April 8 memorandum from the US Department of the Interior, which required tribes to consult and enter into an agreement with the state before restricting travel on state or US highways.

“The State of South Dakota objects to tribal checkpoints on US and State Highways regardless of whether those checkpoints take into consideration the safety measures recommended by the SD DOT,” Noem wrote in the letters. “Safety recommendations do not constitute consultation and certainly do not equal agreement.”

If the tribes don’t remove the checkpoints within 48 hours, the state “will take necessary legal action,” Noem wrote.

Noem has a contentious history with the Native American community in her state. In early 2019, she led efforts to pass a state law targeting demonstrations by anti-oil pipeline activities. The Oglala Sioux tribe later told her she was unwelcome in the Pine Ridge Reservation, one of the largest reservations in the country, until she rescinded her support for such laws.

This Sept. 9, 2012, photo shows the entrance to the Pine Ridge Indian Reservation in South Dakota, land of the Oglaga Sioux Tribe.

Both tribes have issued strict stay-at-home orders and curfews for their communities, although Noem has not issued such orders for the state, according to CNN.

Residents of the Cheyenne River Sioux Tribe, for one, are allowed to leave for essential activities like going to doctor’s appointments in areas not deemed COVID-19 hotspots, but first must fill out a health questionnaire and pass through a checkpoint, according to policies posted on its social media. They have to complete another form before returning.

The checkpoints also filter non-residents, requiring them to fill out questionnaires before entering, which they can only do for essential activities. If they’re coming from out of state or from a COVID-19 hotspot, they have to obtain a travel permit from the tribe’s website.

A spokesperson for the Cheyenne River Sioux Tribe told The Rapid City Journal the tribe has seen Noem’s letter and given it to council members, but did not yet have a comment in response.

As of May 8, South Dakota had 3,145 confirmed COVID-19 cases and 31 deaths, with 169 cases of Covid-19 among Native Americans, according to the state health department.