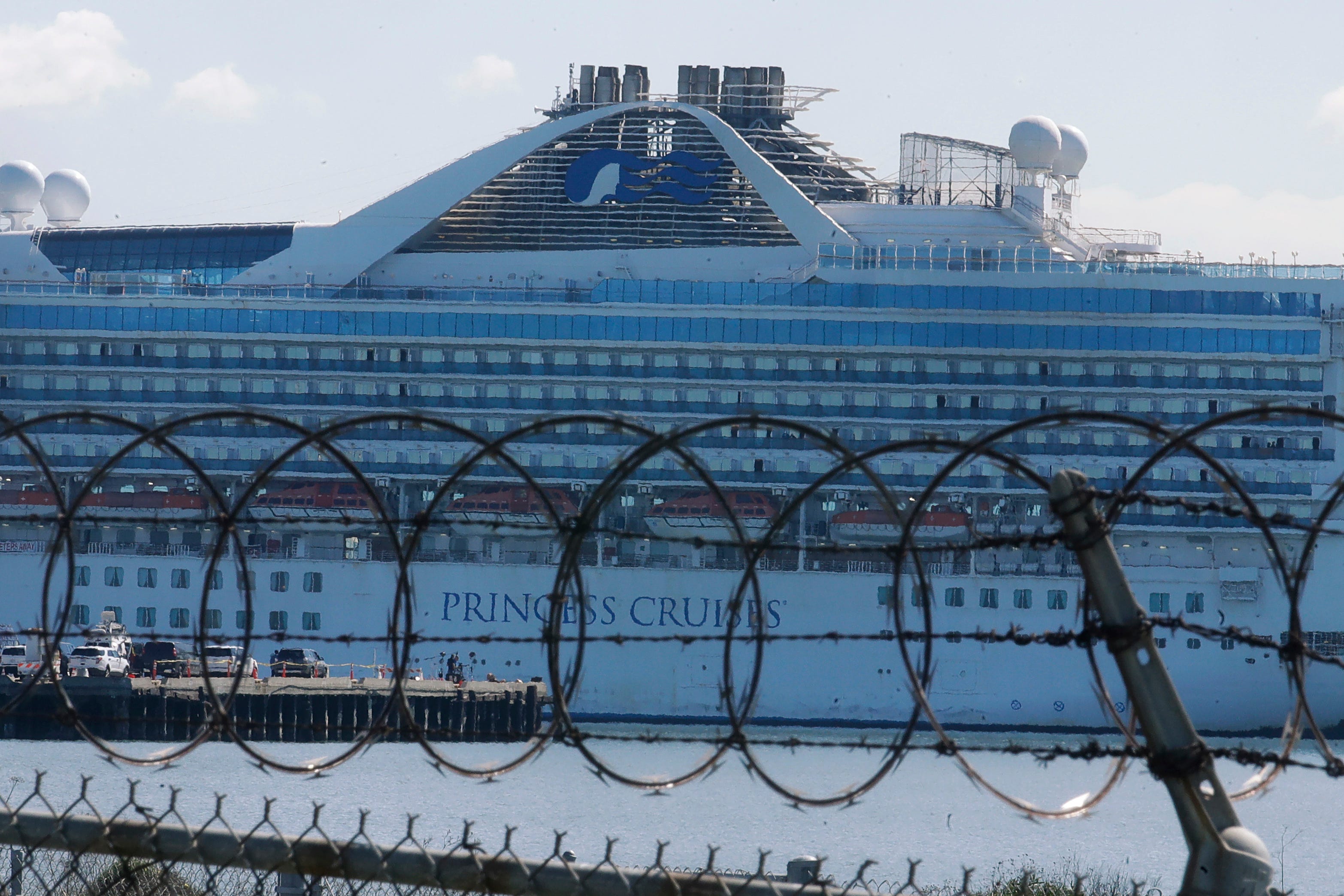 Passengers aboard the Grand Princess, which had coronavirus cases on board, were let off the ship in early March, in Oakland, California, but crew members remained on the ship.

The Star Princess and Royal Princess were not included in the Center for Disease Control and Prevention’s list of cruise ships on where passengers could have been infected with coronavirus.

“The crew used tender [small boats] between their home ships to board Royal Princess and then Royal Princess came into the port to disembark them,” Negin Kamali, spokesperson for Princess Cruises, told USA TODAY on Wednesday.

Kamali said 101 crew membersleft from Los Angeles International Airport on a charter flight to Mexico. None of the crew on the charter flight were sick, she added.

On Tuesday, the Royal Princess and the Seven Seas Mariner, were in port in Los Angeles to refuel and restock, according to Rachel Campbell, spokeswoman for Port of Los Angeles.

Kip Loutit, executive director of the Marine Exchange of Southern California, which operates Vessel Traffic Service, confirmed that the Grand Princess was off of Point Fermin, which is located in San Pedro, a community within the city of Los Angeles, on Tuesday.

“She came in, she did some transfers and headed south,” Loutit said. “There are a whole bunch of (cruise ships) doing a similar move.”

More than 3,500 people on board the Grand Princess for a Hawaii voyage were potentially exposed to COVID-19, a revelation that came to light in early March after a 71-year-old man died from the coronavirus after sailing on the ship’s previous voyage. More than 60 passengers from that trip stayed aboard for the second voyage.

The ship docked in Oakland, California, on March 9 after reporting 21 coronavirus cases. Before it docked, the Grand Princess was kept at sea for several days before being allowed back into port.

At least 103 people who were on the Grand Princess tested positive for the coronavirus, and two have died.

Wire fencing is shown in front of the Grand Princess cruise ship, which carried multiple people who have tested positive for COVID-19, docked at the Port of Oakland in Oakland, Calif., March 11, 2020.

Over the course of several days, passengers were let off the ship in groups. Passengers were then spread between four military bases in California, Texas and Georgia to complete a two-week quarantine.

The Diamond Princess, another Princess Cruises ship, was quarantined off the coast of Japan in February with a coronavirus outbreak that ultimately would infect more than 700 passengers and crew. Twelve people who were on the ship have since died from COVID-19, according to Johns Hopkins data.