Peggy Popham gets her flu shot every year, despite her daughter Laura’s opposition to vaccines.

Popham, who spoke to Yahoo News by phone while quarantining at home in Asheville, N.C., acknowledges that the same factors put her at risk for the coronavirus. “Of course,” she said, she’s worried about contracting COVID-19.

But she’s more worried about a possible vaccine for it.

“Absolutely not,” she said. “I would not take the vaccine.”

That’s a view shared by nearly one in five Americans, according to a recent Yahoo News/YouGov poll, which found that an additional 26 percent weren’t sure if they’d take it. Some of them no doubt have been influenced by the anti-vaccine disinformation that has been spreading for more than a decade on social media — although that has been directed primarily at routine childhood immunizations and their hypothesized link to autism. Popham’s reasons aren’t medical: They are religious and political.

Demonstrators hold signs demanding that their church reopen during a protest to reopen California on May 1 in San Diego. (Sandy Huffaker / AFP via Getty Images)

Popham believes that Dr. Anthony Fauci, the infectious disease expert on the administration’s coronavirus task force, is part of the “deep state” along with Bill Gates, another prominent villain of coronavirus conspiracy theorists. She believes their interest in developing a coronavirus vaccine is “driven by money” as well as “a socialist agenda” designed to “get control of us.” Based on research she’s done online, Popham thinks it’s likely that the vaccine will include some sort of human tracking device.

“It will keep track of us,” she said. “Kind of like in the end days, as the Bible says, you’ll be numbered.”

Popham, who described herself as a lifelong Republican, said that while her beliefs about the coronavirus vaccine “have a lot to do with my political views,” they also “go along with my faith.”

And although she suspects the worst of Fauci, rattling off bits and pieces of several conspiracy theories and debunked claims that have proliferated across the internet in recent weeks, she considers her views well grounded, and rejects the extremist position that the entire pandemic is a gigantic hoax — although she believes the death count, now over 85,000 in the United States and more than 300,000 worldwide, is “exaggerated.”

She is, in fact, not out of the mainstream of the large segment of the American population whose views of current events are informed by the Bible, and who interpret every significant political and social development as a possible harbinger of the return of Jesus Christ. Though she is keeping an open mind on whether the coronavirus is the end-times plague, she sees “a lot of correlations” between the “agenda” driving the coronavirus vaccine and the “Revelation prophecies in the Bible.” The coronavirus pandemic created the perfect environment for apocalyptic Christianity to fuse with antigovernment libertarianism, New Age rejection of mainstream science and medicine, and internet-fueled gullibility toward baroque conspiracy theories about secret cabals ruling the world through viruses.

Prominent evangelical pastors, including one who has since died of COVID-19, have promoted baseless claims about Bill Gates, implantable microchips that could be used to control the population under the guise of tracking COVID-19 infections and immunity, and a link between coronavirus vaccination and the mark of the beast, a signifier, in biblical prophecy, of submission to the Antichrist. Such ideas have since spread beyond evangelical circles.

Some Christian scholars have recently sought to debunk attempts to link the coronavirus vaccine to the mark of the beast through detailed biblical analysis. But the general impulse among evangelicals is skepticism toward secular authority, including measures taken in the name of public health.

“I think that Christians, especially evangelicals, are very nervous about the government. They’ve always been nervous about the government,” said Ryan Burge, an assistant professor of political science at Eastern Illinois University, who studies the intersection between religiosity and political behavior. Burge is also a pastor at First Baptist Church in Mount Vernon, Ill., which he described as a “main-line … moderate version of Baptist.” He told Yahoo News that “if you get really deep into evangelical theology, you can see that they have a martyr complex.”

“They love the idea that they’re being oppressed, and that they’re being persecuted,” he said, adding that evangelicals are “always on the lookout for times when the government sort of oversteps its bounds and starts to infringe upon religion.”

Jared Yates Sexton, an associate professor of writing and linguistics at Georgia Southern University, described his religious upbringing as “a split between Baptist and Pentecostals.” He also emphasized the role persecution and martyrdom continue to play in the evangelical identity, “even though they have a large power base in America, and they’ve determined large swaths of American political history.”

In fact, Sexton suggested that “one of the reasons why they have the dedicated political base that they do and … why they support [Trump] the way they do, is because they truly believe they’re engaged in an end-times war, and everything from ‘happy holidays’ to vaccinations extends from that.”

Evangelical support for Trump, and Popham’s enthusiasm for the president, is undiminished — even though he has been an advocate for rapid development and deployment of a coronavirus vaccine, which he has speculated could be ready by the end of the year, much sooner than many medical experts believe.

“The idea is that the Christian faith is being persecuted or being oppressed, particularly by state, or by outsiders and conspiracies,” said Sexton, suggesting that the coronavirus, and the suspicions it has raised particularly within the evangelical community, is the latest iteration of the ongoing “culture war.”

Young members of the Church of God hold signs as they demonstrate against California’s stay-at-home orders on May 3. (Watchara Phomicinda/MediaNews Group/The Press-Enterprise via Getty Images)

Sexton said that, since the start of the pandemic, he’s observed what he described as the “quick radicalization” of several family members and childhood friends taking place within his own Facebook feed.

“I’m seeing a lot of people who, in the past, I would’ve characterized as mildly conservative, who are now embracing extreme views,” he said. “I think that the pandemic has not only brought up the narrative of the end times, and conspiracies against Christians, but it’s also led to people looking for something to give them an answer, because obviously the government hasn’t done it.”

Popham, who listed QAnon, a fringe internet conspiracy theory, and the far-right One America News Network (as well as the BBC) among her go-to sources for information online, said her views on the coronavirus pandemic are rooted in long-held concerns about the “deep state,” which she said is basically the “one world order.” Though she said she’s been spending more time online during the current lockdown, Popham said that social media hasn’t so much influenced her views as much as it has “confirmed them,” indicating she’s observed that many more friends, members of her church and her Republican women’s group have started posting things that align with her beliefs.

Though Popham said she personally believes state lockdown orders are simply meant to keep people safe, such orders have been a source of outrage for many others, including several evangelical pastors, who claim that social distancing measures that prohibit in-person church services amount to an unconstitutional infringement of religious freedom. In fact, some of the earliest protests against lockdown measures were led by pastors like Rodney Howard-Browne, who was arrested in March for holding services at his Tampa megachurch in violation of Florida restrictions against public gatherings.

“We’ve seen the extremist community really latch onto this,” said Howard Graves, a senior research analyst at the Southern Poverty Law Center. Graves and his colleagues, who track antigovernment movements and far-right militias, say they’ve observed how these extremist groups have sought to exploit concerns about religious freedom to gain broader support for their antigovernment agendas.

Among “more right-leaning segments” of the evangelical community, in particular, Graves said, “there is a certain resonance with this idea that Christians are being persecuted, and the entire debate around congregations staying open during quarantine has been effectively used by shrewd and cynical individuals to play on that fear.”

Graves pointed to a recent Facebook post by the South Carolina Light Foot Militia Special Response Team, urging its supporters to raise money for the congregants of a Mississippi church who were ticketed for participating in a drive-in service.

He also noted that Ammon Bundy, who last gained national attention in 2016 with the armed occupation of a wildlife refuge in Oregon, held an Easter service in Idaho in defiance of the state’s coronavirus restrictions. And Virginia state Sen. Amanda Chase, a Republican who has previously aligned with far-right causes and has recently been a vocal advocate of reopening the state, shared a post on Facebook in late April condemning Virginia for keeping churches closed while allowing other essential businesses to remain open.

They “want to undermine trust in the federal government as a way of normalizing [their extreme] views,” said Graves. “It’s no coincidence that you’re seeing a really strong correlation between folks advancing religious liberty arguments [and those] also sharing baseless conspiracy theories.”

Recently, Facebook groups dedicated to opposing lockdown measures have become a virtual swap meet of conspiracy theories, where memes tying coronavirus immunizations to the mark of the beast can be found alongside calls for people of faith to “rise up” against a government that is “pushing us to be silent and compliant.”

While “it’s not the first time [these kinds of groups] have used religious liberty as a shield to deflect criticism … and to make their messaging look more appealing to people who are a lot less versed in all these issues,” Graves continued, “the stakes are a lot higher this time.”

Don't Miss it Cats Can Spread Covid-19 to Other Cats without Showing Any Symptom, Says Study
Up Next The Best Short Films WHO Wants You to Tune into as the World Takes on Coronavirus Pandemic 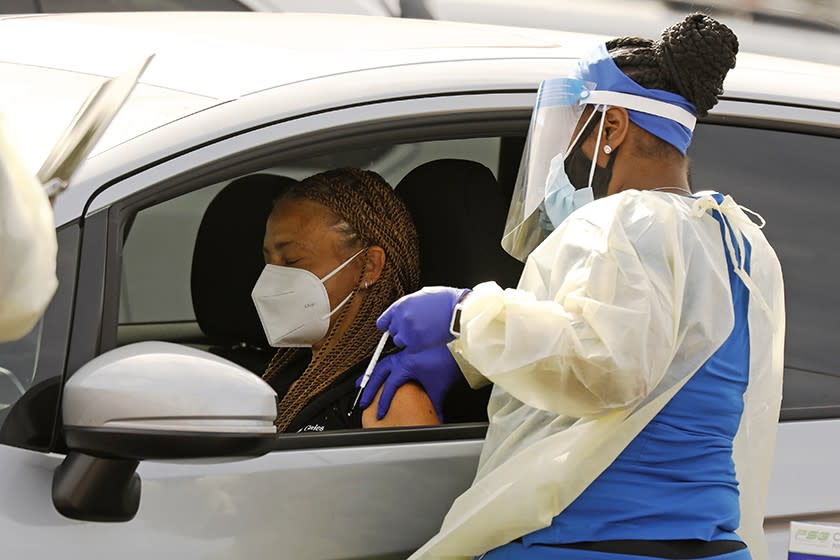 A motorist waits to be vaccinated by a health worker at the Forum, one of several mass COVID-19 vaccination sites… 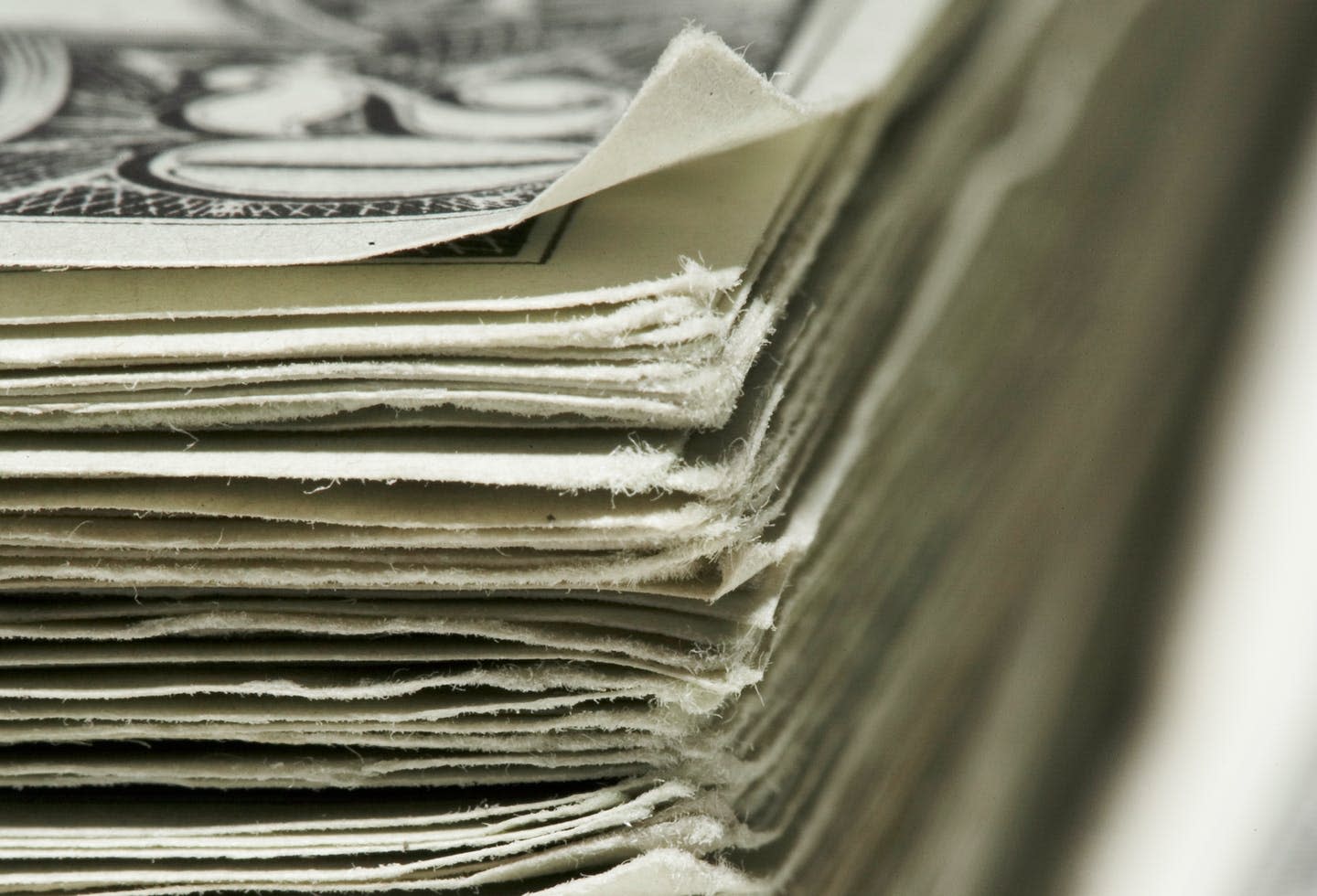