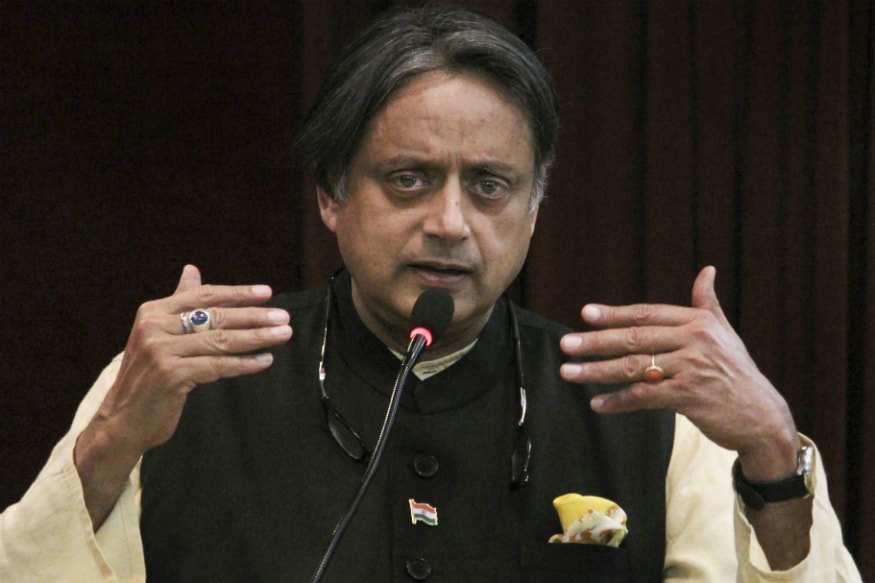 Tharoor features at the end of the video reciting Rabindranath Tagore’s “Where the Mind Is Without Fear”.
News18.com
Last Updated: May 1, 2020, 2:46 PM IST

“Pleased to collaborate with Isheeta Ganguly ⁦@3threewomen. In complementing her rendition of ‘Jana Gana Mana’ with a recitation of “Let my Country Awake” as a call to unite all during #COVID19 #Lockdown (sic),” Throor wrote on Twitter.

Ganguly features in the two-minute-long music video performing an emotional interpretation of the national anthem with aerial shots of Mumbai city deserted in lockdown. Tharoor features at the end of the video reciting Rabindranath Tagore’s “Where the Mind Is Without Fear”.

The video has been conceptualised and edited by 12-year-old Adarsh Das, the Times of India reported. The visuals of Mumbai roads deserted in the lockdown make it moving and impactful. The city is one of the busiest in India and is usually referred to as a “city that never sleeps”, bustling with traffic, trains and people. The video gives some stunning visuals of iconic locations like Wankhede Stadium, Marine Drive, Siddhivinayak Ganpati Mandir, Chhatrapati Shivaji Maharaj Terminus and the Bandra-Worli Sea-Link, etc.

“It was a moving experience to recite Gurudev Tagore’s immortal lines after listening to Isheeta’s voice and feeling the uncertainty assailing our nation in the grip of the Covid-19 pandemic. Our minds are currently gripped by fear of the unknown, of possible attack by the virus; fear has led to the demonization of certain of our own citizens, either because of their appearance or their religion. The Tagore verse speaks of India transcending such fears and narrow divisions to a broader self-realization. I felt it could not be more appropriate today to accompany Isheeta’s heartfelt rendering of the national anthem,” Tharoor, a parliamentarian from Thiruvananthapuram, was quoted as saying by the TOI.

Ganguly said that the country needs to unite and support those on the frontline of the battle against the pandemic that has thrown the world into a crisis situation. “Our National Anthem celebrates every region and person in this country across socio-economic groups. The National Anthem is a beacon of hope for all and through this historic track we ask the city and country to join us in this movement of resilience and solidarity,” she said.

Don't Miss it ICE detainees clash with Massachusetts jail officials over coronavirus
Up Next Coronavirus: govt "sorry if people feel there have been failings" as deaths rise – BBC News