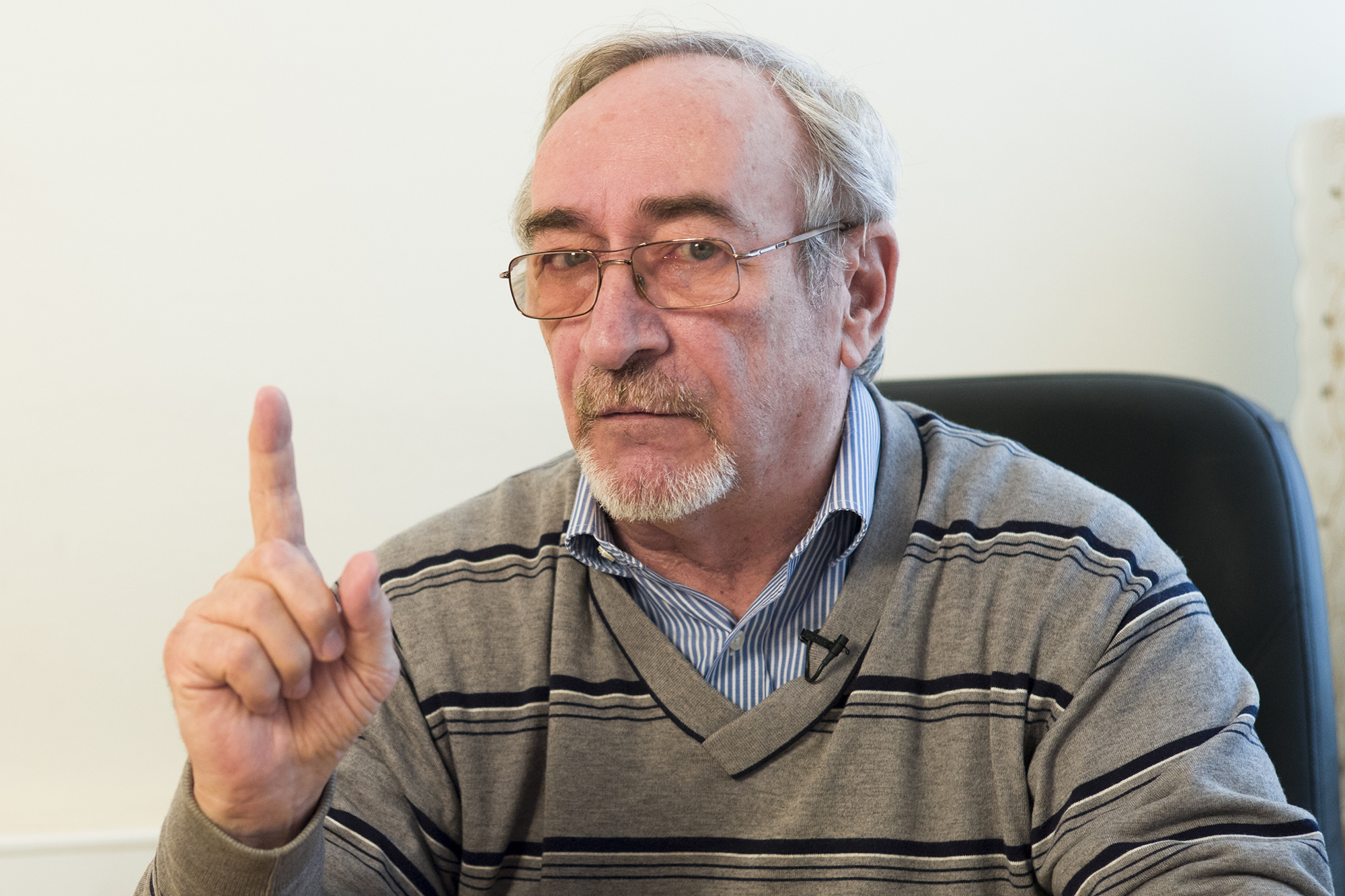 A Russian biochemist who developed the notorious Soviet-era nerve agent Novichok has announced his latest invention — a far more benevolent medicine to fight COVID-19, according to reports.

Leonid Rink was deeply involved in the development of the chemical warfare agent allegedly used by Russian intelligence to poison Kremlin critic Alexei Navalny in Siberia, as well as former spook Sergei Skripal and his daughter Yulia in the UK.

On Tuesday, the highly controversial scientist took to Russian state media to announce his antiviral drug called Immofon, which he claimed can stop the coronavirus in its tracks, the UK’s Independent reported.

“It works against viral infections, and restores cells perfectly after the work of the immune system,” Rink said, adding that in tests on 700 elderly volunteers, “not one had fallen seriously ill or died.”

But few details have been released on the tests and their timing.

The new drug, which is based on Russian anti-leprosy medications, has been developed from the antibiotic and anti-inflammatory Dapsone and two methyluracil molecules, East2West News reported.

It is designed to increase the metabolism in tissues and stimulate the regeneration process, according to the outlet.

“It works against viral diseases,” the 74-year-old scientist said. “It eliminates the cytokine storm, which, according to many experts, is one of the causes of death from COVID- 19.”

Besides COVID-19, Immofon is supposedly effective against a host of other ailments, including rheumatoid arthritis, psoriasis, allergies, leukemia, lupus erythematosus, scleroderma and lung diseases, according to the news outlets.

Rink said his company InterVita is manufacturing pilot doses of the new drug, which has already been sent to the Russian Ministry of Health for certification, the Independent reported.

He claimed “a large number of investors” are backing his drug, which costs about $13 a dose, according to East2West News.

Beginning in 1985, Rink worked as part of a secret team developing Novichok at the Scientific Research Institute for Organic Chemistry and Technology in Shikhany, about 500 miles southeast of Moscow.

In the mid-1990s, he was convicted for selling unnamed military-grade nerve agents to the underworld.

Rink later claimed the sales had been made under the watchful eye of  Russia’s security agency, FSB, the Independent reported.

In 2018, he claimed that British agents organized the mission to poison double agent Sergei Skripal in Salisbury – and also has suggested that Navalny poisoned himself.

Skripal and his daughter were found unconscious on a park bench about four hours after the highly toxic poison was planted. The Skripals survived, as did a police officer, Nick Bailey, who became sick after responding to the scene.

But Dawn Sturgess, 44, died later after authorities said she and her boyfriend Charlie Rowley had also been exposed to Novichok when he found the discarded perfume bottle that was used to poison the Skripals.