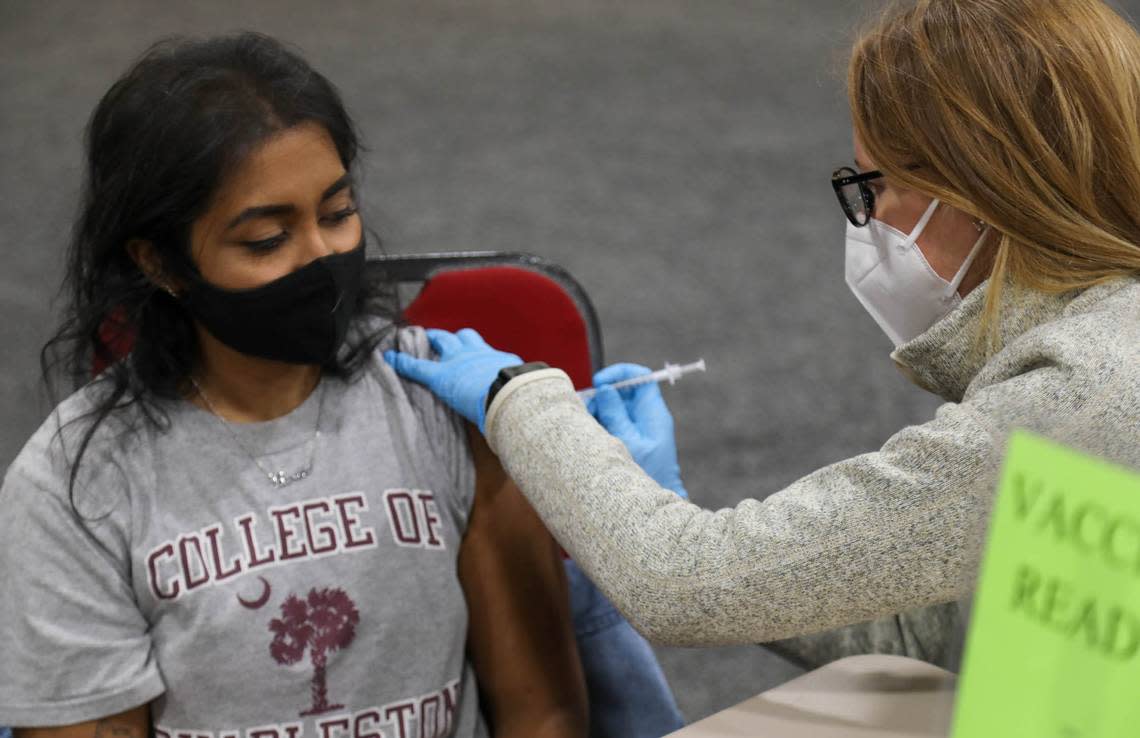 All South Carolinians age 16 and older will be eligible for a COVID-19 vaccine shot by the end of the month.

The move pushes the state into the final phase of its vaccine rollout, known as Phase 2, more than a month ahead of schedule.

“Our priority with the vaccine has been to save the lives of those at the greatest risk of dying. By staying the course and resisting distractions, we’ve expanded South Carolinians’ access and eligibility for vaccinations faster than originally anticipated,” McMaster said in a statement. “Thanks to the tremendous efforts of our state’s health care professionals, we are now able to make the vaccine available to anyone who wants it, and to do so ahead of schedule.”

When South Carolina moved to Phase 1b on March 8, S.C. Department of Health and Environmental Control officials estimated the state wouldn’t kick off the final phase of vaccinations until May 3. They also had planned an intermediate phase, known as 1c, to start April 12 for anyone 45 and older and so-called essential workers.

The announcement Friday that South Carolina would bypass 1c and expand vaccine access to all people 16 and older comes as demand for shots has tailed off somewhat, DHEC officials said.

Nick Davidson, senior deputy for public health, said on a call with reporters Wednesday that the agency had noted an increase in available appointments around the state and was monitoring it closely.

At the time, he said the increase in open appointments did not necessarily mean the state would be expanding vaccine access earlier than expected, although it was something health officials were considering.

“We will continue to work with our providers, to talk to our providers, to assess our own clinic availability and appointment availability, and if it warrants moving to 1c sooner than expected, we will certainly do that,” Davidson said. “Right now, it’s pretty early. We’re beginning to see some of those indications and over the next few days I think we’ll be able to get in some more information that will be able to inform us better.”

Just two days after his comments, South Carolina has decided to not only expand vaccine access, but to open it up to anyone currently authorized by the U.S. Food and Drug Administration to receive the vaccine. None of the COVID-19 vaccines on the market are currently approved for people under the age of 16, although testing on children is underway.

About 75,000 extra People died from COVID-19 pandemic than reported in spring and summer time, examine finds

Gov. Cuomo is snowed underneath an avalanche of scandals as new experiences declare he supplied his household particular entry to COVID-19 exams on the top of the pandemic